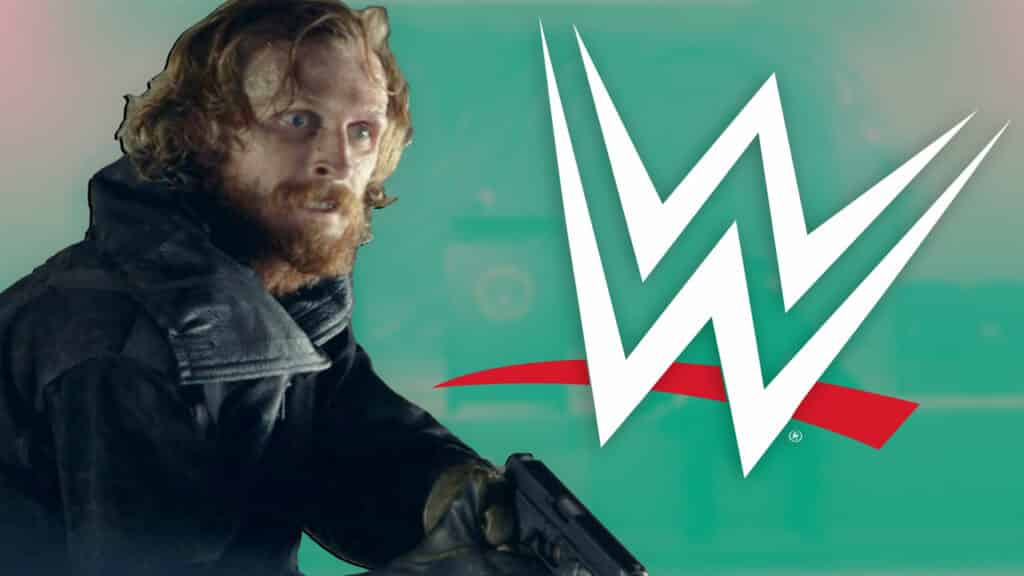 Today on Monday, November 15, 2021 you can see the 5th episode Fear The Walking Dead from season 7 and, unlike last week, it doesn’t take itself seriously, brings a wrestling star and solves one of Dwight’s biggest problems . We summarize and show what you may have overlooked.

Where can you stream Fear? We’re here to warn you: If you haven’t seen the crazy 5 episode of Fear The Walking Dead season 7, do it now, it’s worth it! We wish everyone else a lot of fun reading our recap. Fear The Walking Dead runs in Germany exclusively on Amazon Prime (via amazon.de). We are dealing with episode 5 of 16. The titles of the first 8 episodes are already known:

All episodes Fear The Walking Dead Season 7A

Dwight and Sherry: A Tag Team That Is Finally Fun!

This is the hook of the episode: In episode 5 of season 7 of Fear The Walking Dead, we follow Dwight and Sherry, who apparently survived the bombing quite well. Together they fight for law and order in a rapidly recovering world.

You know farmers, residents, and survivors alike. Under the banner of the “Black Riders” they are feared by crooks. But one person does not fear them, he admires them: Viktor Strand.

So he has Dwight and Sherry captured and laughs heartily when he discovers who it is. In order to offer them a place in his tower, the black riders are supposed to look for a woman who has fled from the tower to look for her husband.

Dwight and Sherry see this as an opportunity for a family to look after. She should move into the tower, not the two of them. So they are looking for the woman, and they want to bring her back.

Viktor’s perfidious game: Dwight and Sherry discovered the aforementioned woman. While Sherry tries to help her find her husband, Dwighty Boy decides against it. However, he finds out something terrifying:

To help Dwight and Sherry understand that the world has changed, Strand sent a hitman to kill the family that Sherry and Dwight are taking care of.

As a result, we already have the third zombie in the form of a child this season – why is this topic suddenly a popular stylistic device?

Wrestle mania in The Walking Dead

We promised you a wrestling star who’ll even put on a show! And yes, to be honest, that was our favorite part of the episode: Dwight and Sherry’s search for an ominous woman ends with the realization that her name is Mickey, and was once part of a famous wrestling duo with her husband.

After Dwight catches up with Sherry and Mickey, he explains to them what was really behind the dead family. The information came just in time as the two of them stuck in a wrestling hall were about to ask Strand for help.

To get rid of the walkers, Dwight helps them with firearms, but they are known to have limited ammunition. Hand-to-hand combat is hot, but that’s not all: Wrestling is hot!

No fun: Dwight and Bride Mickey wrestle together against zombies and even carry out a well-known tag-team attack. “Until death do us part” is the name of this, and was practiced by the wrestler and her unfortunately dead husband. In addition, they fight with folding chairs, perform a tombstone (via YouTube.com), and beat up the undead sock in the ring ropes.

How the fight is staged gave us cheerful laughter. But was that bad? No, on the contrary, we think Fear The Walking Dead could use such relaxed moments more often. 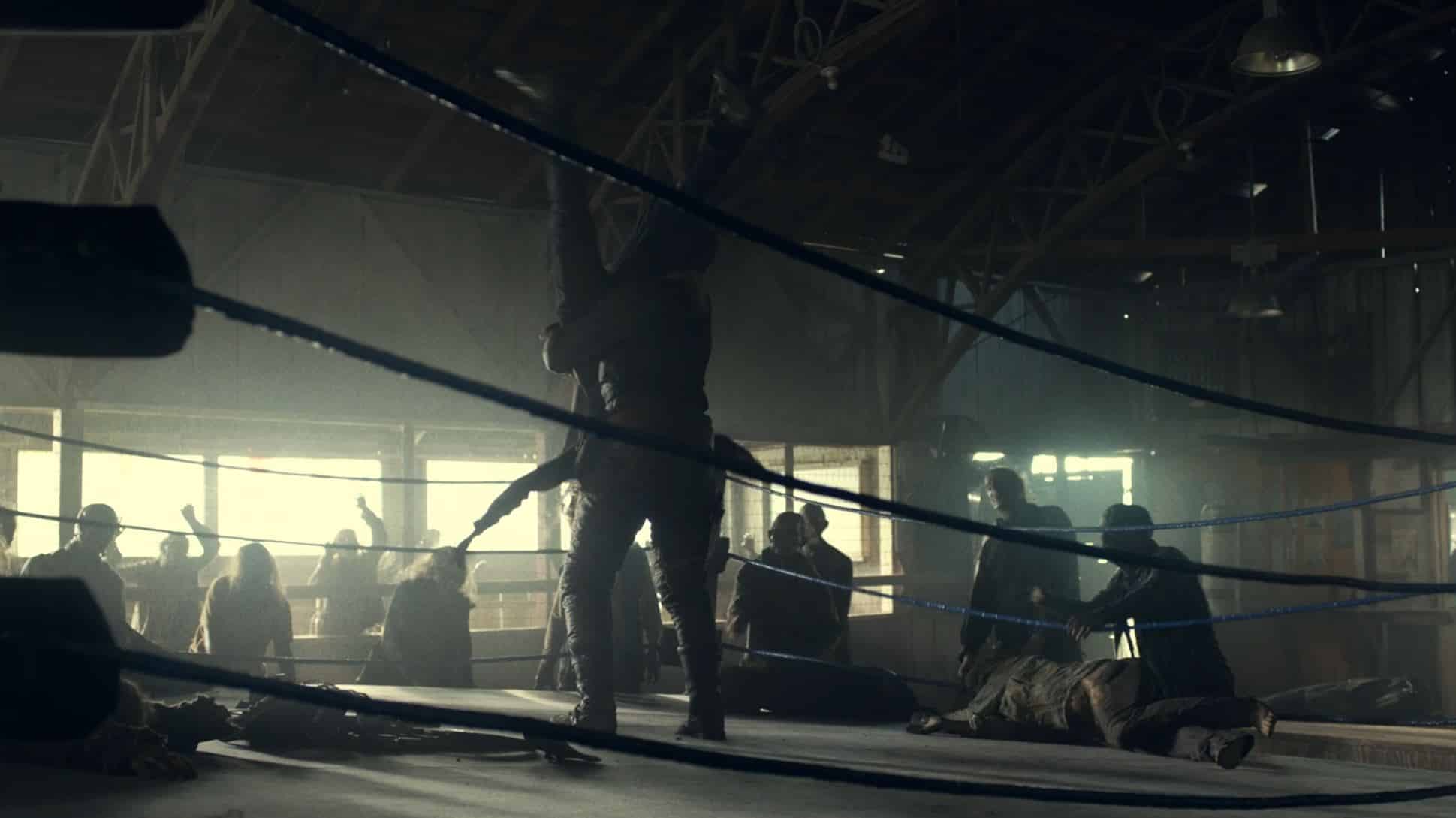 You may have missed that in episode 5

Dwighty’s Problem: The problem we and maybe you have with Dwight and Sherry is their relationship status. So far, it has never been entirely clear whether they will get together or not.

At the end of the last season, it went a little further in the direction of reconciliation. Now their marriage seems to be completely healed again. Radioactivity also has positive sides.

The characters and their development have so far suffered greatly from this relationship. It just wasn’t fun anymore to watch the two actors play their characters. An uninterrupted back and forth that fortunately now seems to have been canceled.

Stalker and Padre: In the current episode of Fear The Walking Dead, Padre was brought back into focus. We remember: Padre should be a place that was largely spared from the atomic explosion.

Many people should gather here to build a new world. Unlike Viktor, this should not be based on dictatorship.

At the end of season 7, episode 5, the black riders, who have grown thanks to wrestling star support, meet stalkers. Unlike before, they don’t want a fight or murder: They want to work with the riders to find Padre.

We don’t know if these comrades can be trusted, or if they just want to find the place to try out the nuclear warhead that they found.

What did you notice? Was there something in the current episode, Fear The Walking Dead, that you discovered, but we missed? Let us know in the comments! 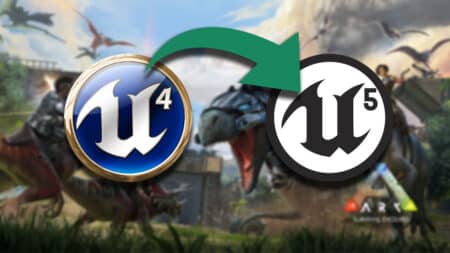 ARK: Wildcard Teases Engine Update to UE 5 – What Does this Mean?