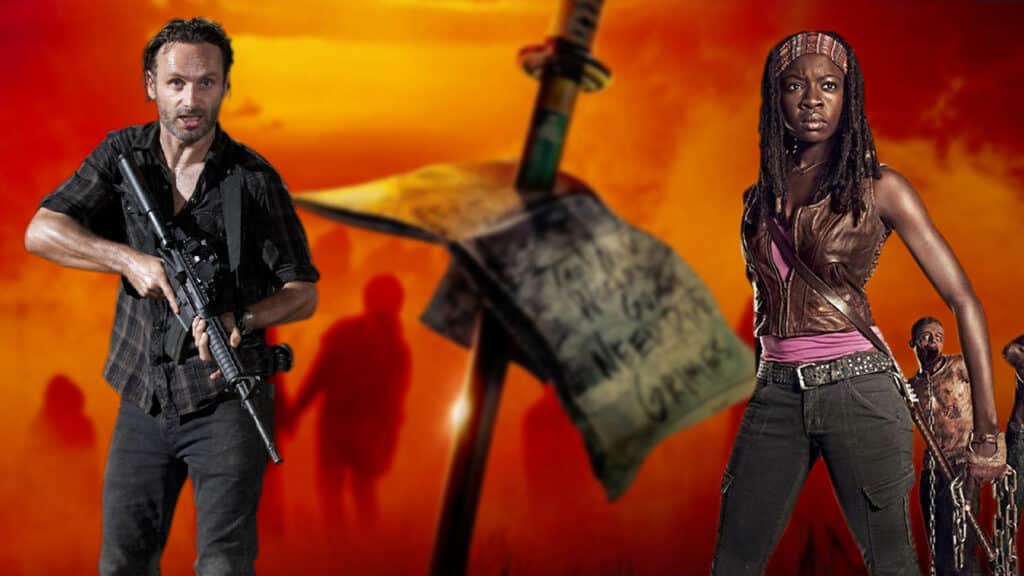 At the San Diego Comic Con on July 23, it was announced that the planned The Walking Dead film trilogy about Rick Grimes is canceled. Instead, there is now a new series in the works that will be released in 2023. We have all the information for you!

Here’s what’s going on: New information about The Walking Dead was revealed today at San Diego Comic Con, which runs from July 21st to July 24th, 2022. However, 2 important names were missing from the guest list of the final TWD panel; Andrew Lincoln and Danai Gurira, the actors who portray Rick Grimes and Michonne Hawthorne in the series.

Nevertheless, they appeared on stage as a surprise and announced that the planned film trilogy about Rick Grimes has been canceled and instead a series about the two characters will be released next year on the pay TV channel AMC+.

Rick Grimes Film Trilogy Canceled, That’s What it Should be

The 3 films about Rick Grimes were already announced in 2019 with a teaser trailer by Skybound. Fans were very excited to see what adventures awaited Rick. Because the films should be detached from the actual The Walking Dead series and focus on Rick.

The story was basically supposed to carry on where Rick Grimes was picked up half dead by a helicopter in season 9 and taken away. The same helicopter that’s featured on and off the show.

Movies were also teased in the series

There were also a few clues in The Walking Dead series that point to the films. For example, in Season 10 Episode 13, Michonne found Rick Grimes’ boots and a drawing of herself and Judith on a smartphone. She found both on a washed-up boat. There was also a note in Japanese that was ignored. However, it can be translated as follows: “Believe a little longer”. Michonne goes in search of Rick, and fans believed she would appear in the films.

The spinoff series World Beyond has also given various hints. Especially the 8th episode.

Instead of the film trilogy, the story should now be told via a new series. And while the name is yet to be revealed, there are already a few details from San Diego Comic Con. The series will only have 6 episodes and both Rick Grimes and Michonne Hawthorne will appear in it. The series is scheduled to start in 2023 on the pay TV channel AMC+ and already has an official storyline:

“This series presents an epic love story of two characters changed by a changed world. Kept apart by distance. By an unstoppable power. By the ghosts of who they were. Rick and Michonne are thrown into another world, built on a war against the dead… And ultimately, a war against the living. Can they find each other and who they were in a place and situation unlike any they’ve ever known before? Are they enemies? Lovers? Victims? Victors? Without each other, are they even alive — or will they find that they, too, are the Walking Dead?“

There is also a poster for the series: 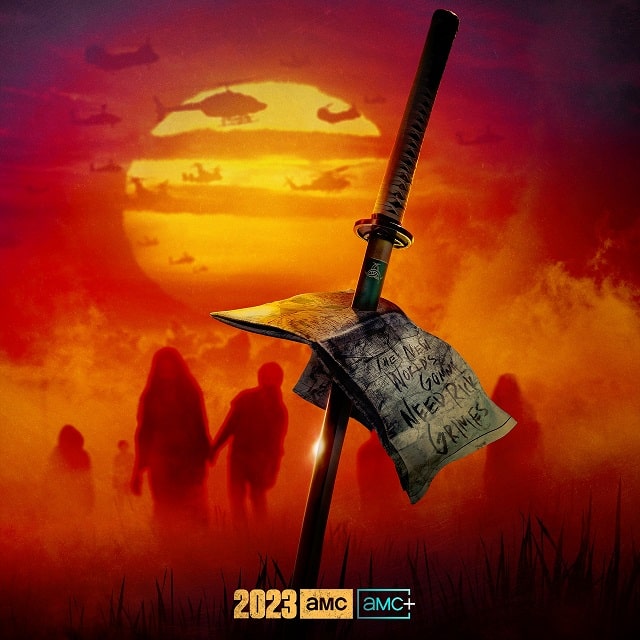 As soon as there is new information about the series, we will keep you up to date. Until then, you can tell us what you expect in the comments. Would you have preferred to see the 3 movies, or would a 6 part series suit you better?