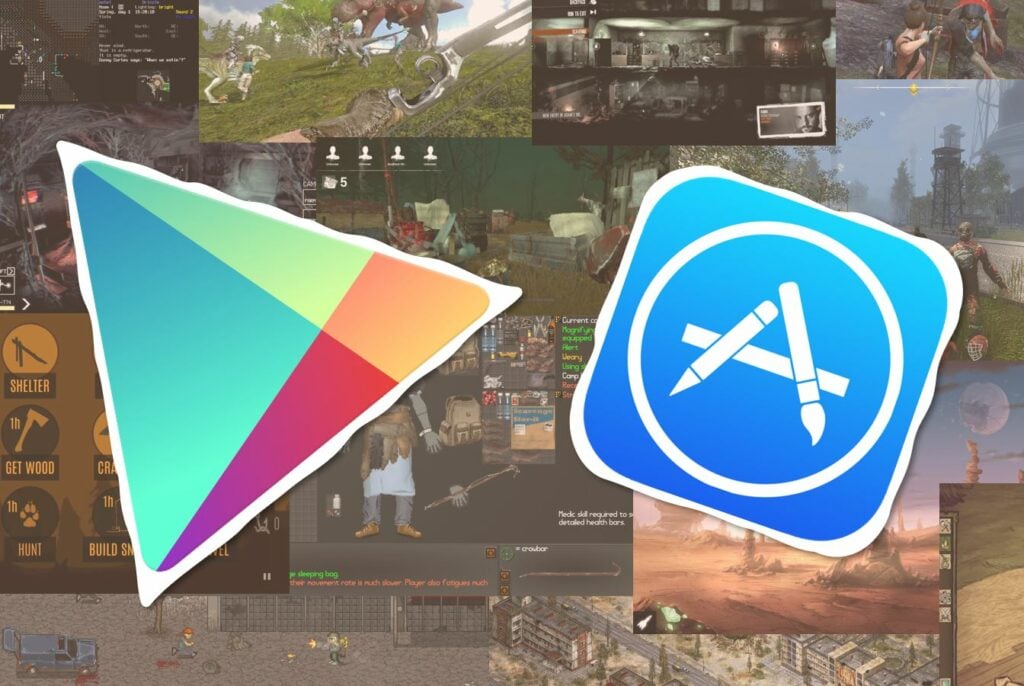 The 13 best mobile survival games for Android and iOS 2022

Good mobile survival games are often difficult to find. This is due to a large amount of P2W garbage in the app stores and the difficulty to implement controls. Here we have selected the 13 best survival games 2022 for Android and iOS.

Many developers have failed because of their releases and ports. However, some have made it: there are actually mobile survival games for Android and iOS.

The best mobile survival games for Android and iOS

In our list of the best mobile survival games for Android and iOS, we not only gained experience with the games ourselves but also paid attention to the Community rating. However, this list is not sorted by rating but only reflects our top 13. Have fun browsing!

This is LifeAfter: LifeAfter stands out among most survival MMOs on mobile because of its excellent visual design. In instanced base construction and raids, players can fight zombie hordes solo or in groups. The server-wide cities are reminiscent of classic MMOs with many other players, dealers, and interaction options. No P2W.

This is what makes LifeAfter so special: Great solo and multiplayer experience thanks to an interesting story and server-wide cities that give the game a strong MMO character. At the same time, it is up to the player whether he wants to do the quests alone or with friends.

For whom is it suitable? Survival gamers with a penchant for RPG feel they are in good hands in character and story progression. You level your character, forge new weapons, and work hard on the hideout.

Many of you are already familiar with Don’t Starve from the desktop version. The control is also ideal for mobile devices. The game impresses with its charming style and high level of difficulty – perfect for on the go.

This is what makes Don’t Starve: Pocket Edition so special: The cute graphics initially distract from the high level of difficulty. Don’t Starve makes you sweat quickly without being really frustrating.

For whom is it suitable? Hard-core survival gamers and lovers of the desktop version will not be disappointed by the mobile version. Even newbies are easy to get started with thanks to the loving presentation.

Day R Survival is also rock hard. The gameplay is very reminiscent of DayZ: eat, drink, loot and fight. Despite the simplified graphics, the mobile title motivates for a long time. You even have the opportunity to try out the title, but be careful: you are guaranteed to want more.

This is what makes Day R Survival so special: The high level of difficulty and the motivating loot draws the player out of the safe camp every time. “Just explore one more place” is as captivating as “just one more turn” in the Civilization titles.

For whom is it suitable? Lovers of the flair of the Russian post-apocalypse, the Metro or S.T.A.L.K.E.R. have gambled. Despite the simple graphics, the game looks very immersive.

This War of Mine

In terms of atmosphere, no mobile title comes close to This War of Mine. Those who do not let themselves be bothered by the consistently melancholy mood will find a masterpiece in style and game mechanics here. In contrast to other shelter games, you control your characters not only in their accommodation but also in the raid.

This is what makes This War of Mine so special: Despite the small screen, the rousing stories of the characters often bring you to tears. You should bring a thick skin with you before you get involved in This War of Mine.

For whom is it suitable? Micromanagers and lovers of dark atmospheres have fun with the growing Hideout. At the same time, the gaming experience is enhanced by player-controlled raids and is therefore not only suitable for fans of Fallout Shelter & Co.