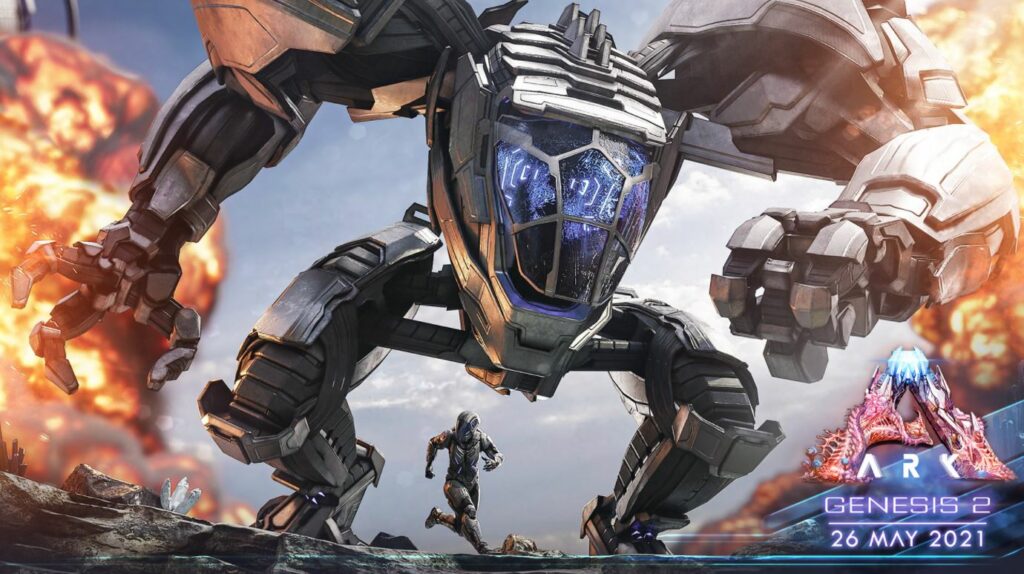 A picture for Ark Survival Evolved was published on Twitter that shows a new feature of the upcoming Genesis 2 addon, an Exo-Mek.

New information about Genesis: Studio Wildcard commented on the new Ark addon Genesis Part 2 via Twitter. This is the last expansion for the survival MMO before the next round with Ark 2 next year. The shared image for Genesis Part 2 shows an exo-mech.

Ark Survival Evolved gets Exo-Mek, what it can do

Confusing name: The naming may be a bit confusing because the combat robot is not called “Mech” (Mechos = machine) as usual, but Mek. But enough of the background excursion, on with the skills of the Ark Survival Evolved Mech, sorry, “MEK”.

The Exo-Mek can do that: Except for a picture of the Exo-Mek and a line of text, not much is known about it. According to the current Community Crunch (Devblog), it should be versatile.

Among other things and above all, the Exo-Mek in Ark serves of course as a fighting machine. Only at second glance does it become apparent that it is also an organizational miracle. Because in addition to fighting, he should also help you with the planning and implementation of your basic plans.

In order to even get the Exo-Mek, you have to complete and pass an ultimate test. What exactly is behind this, however, is also unknown.

This is what the community says: Lots of fans commented on Twitter shortly after the announcement. Opinions never differed. While some simply want more basics with even more solid dinosaur action, others are incredibly hyped for the new Exo-Mek in Ark.

More to come: So far, that’s all the information there is for all Ark players on the latest toys. As soon as there is new information about the Exo-Mek, we will report on it.

But what is your opinion, do you think that Ark is now too much in the direction of Sci-Fi or is the new direction exactly what you are looking for? Let us know in a comment on the website.