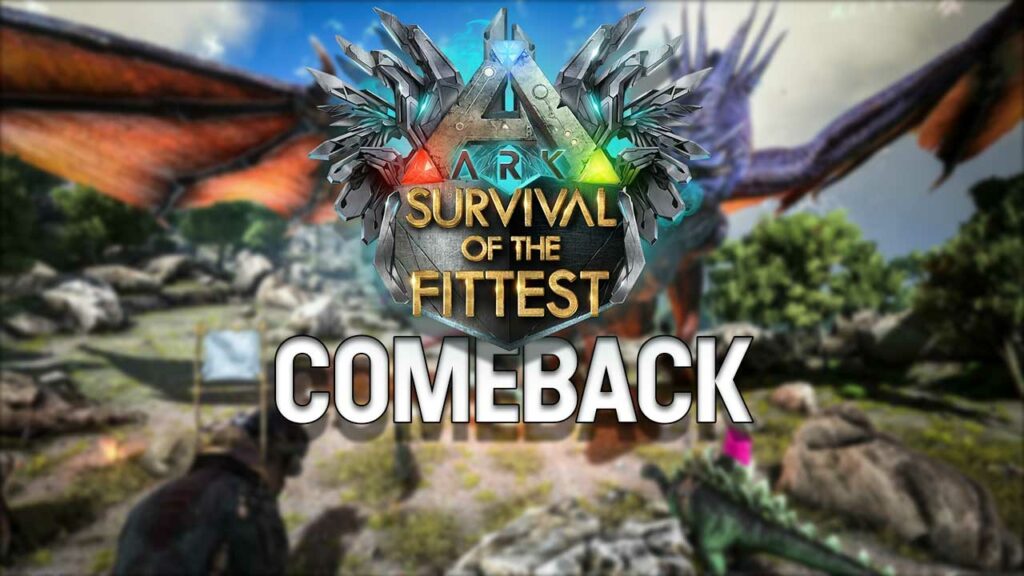 ARK Survival of the Fittest Returns, Launches in December

The Battle Royale mode of ARK: Survival Evolved, “Survival of the Fittest” was discontinued years ago. Now it’s set to make a comeback in December. We’ll tell you what to expect.

Players all start in the middle of the Ark and can either collect loot boxes or run away directly. Whoever dies is out of the game; there is no respawn. Over time, the Area becomes more and more restricted by barriers, forcing players to run into each other. The goal; survive till the end. There were modes for single-player or for 2, 4, and 5-player tribes.

In September 2016, however, the game mode was discontinued, and Wildcard preferred to focus on the main game. Now, the BR spin-off is making its comeback with adapted mechanics.

ARK Survival of the Fittest Celebrates a Comeback

In December 2022, the Battle Royale spin-off will celebrate its comeback and offer customized mechanics. Wildcard, however, does not go into further details but already provides a teaser trailer that is cut together from clips of the former BR mode:

The only details Wildcard is currently revealing:

We can probably assume that the PVP game mode will be similar to the original. Single players or small groups will level up on an ARK map, equip themselves, and tame dinos to compete against other players at the end. All the upcoming changes will likely be revealed by Wildcard later this month. We will keep you up to date on this.