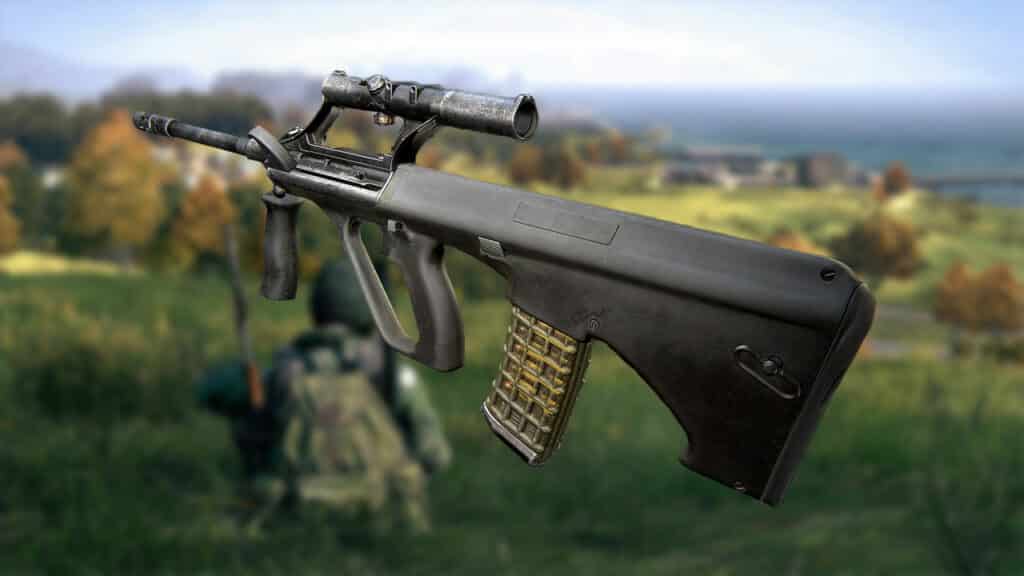 DayZ 1.15 Weapon Analysis: Everything about the AUG A1 and AUG AX

The DayZ Update 1.15 has been online on the test servers since November 4th and brings the AUG assault rifle back into play after a long break. Players have already tested the weapon, and we’ll tell you what to expect.

That’s going on: On November 4th, the new DayZ update 1.15 was released on the experimental servers. In addition to bug fixes and small innovations, players are particularly looking forward to the return of the AUG assault rifle. The weapon was first available in alpha 0.51 at the end of 2014 but later disappeared in version 0.63.

This is the Steyr AUG

The Steyr AUG (Army Universal Rifle) is an Austrian assault rifle. The rifle is a bullpup construction with a caliber of 5.56 x 45 mm. The magazine holds 30 rounds. The AUG comes into play in 2 versions. The AUR A1 and the AUR AX. While the A1 version has a fixed visor and only fits the AUG magazine, the AX version can use different visors and magazines. 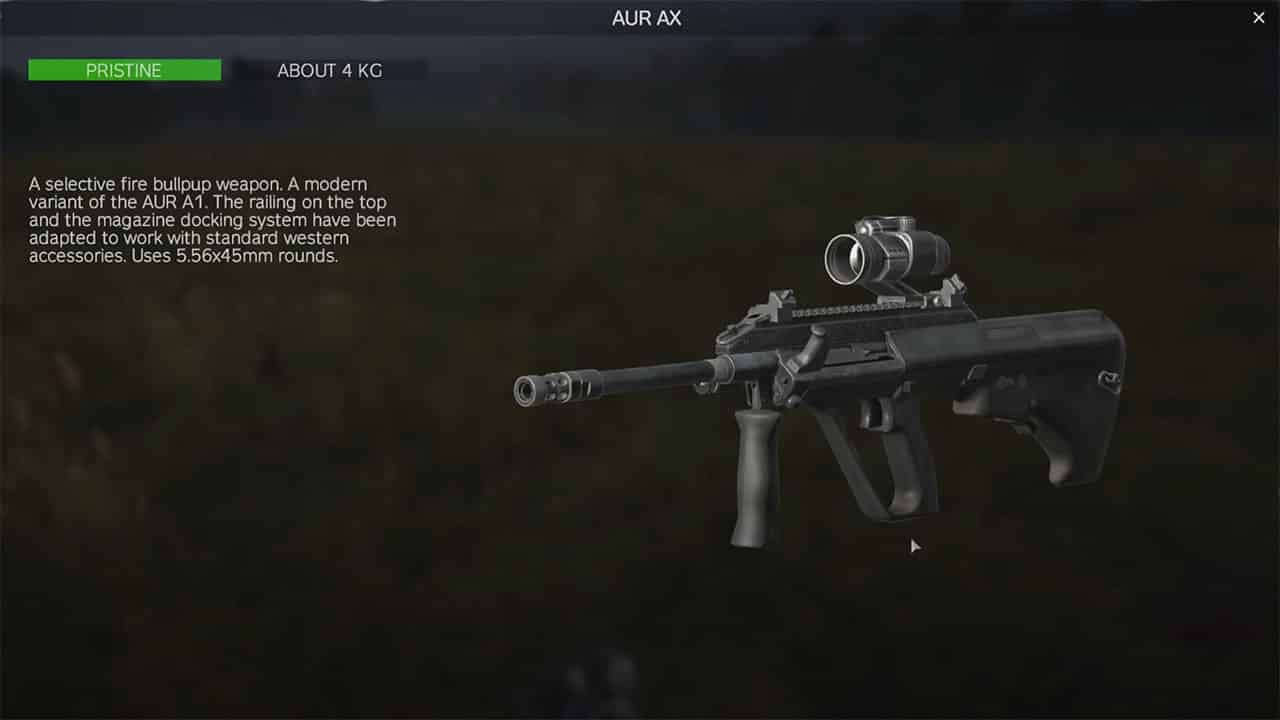 What can the AUG do?

The best weapon in the game? The AUG, especially in the new AX version, can be fitted with a few attachments. It offers three fire modes: single shot, semi, and fully automatic. With around 91-107 damage per shot, it is higher in damage than the M4 and FAMAS, but still behind the M16. At 600 rounds per minute, there is still a high damage value.

In comparison, here is the gross damage per second:

In single-shot mode, you can hit enemies with the AUG from a distance of up to 450-600 meters. In semi and fully automatic mode, the weapon pulls to the top right.

Further details about the AUG AX:

Further details on AUG A1:

The YouTuber WOBO has already taken a closer look at the weapon on the test servers:

These are the attachments

Depending on the version, the AUG has different attachments that you can attach to the weapon.

This makes the AUG AX much more versatile and stronger than its other version.

Pros and Cons of the AUG

With the AUG, a fan favorite comes back into play that has been sorely missed since DayZ version 0.63. With its moderate rate of fire and above-average damage, the AUG, especially in the new AX version, can become the new darling of gamers. In the fully automatic mode, the 60-round magazines in particular ensure a very high damage output, which even offers competition on a par with the very strong FAMAS from version 1.14.