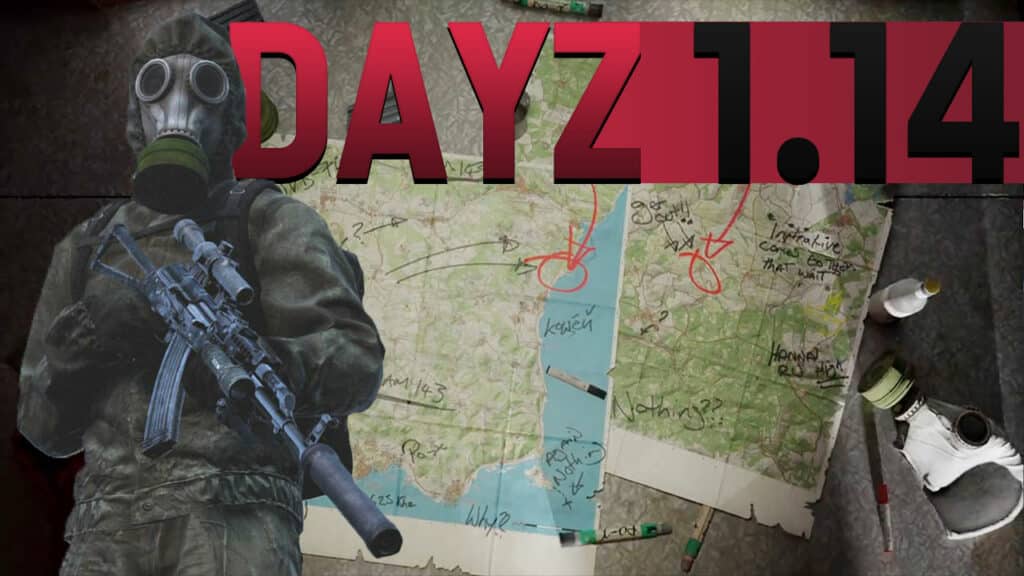 Bohemia Interactive announced the DayZ update 1.14 with a 12-second teaser on the social channels. There’s not much to see, but what can be seen is a bit of guesswork in the community. We’ll tell you what we think of it.

That’s going on: The DayZ developers have announced update 1.14 in a short teaser video. And even if there is no release date yet, the teaser provides a lot of cryptic clues as to what it all includes.

If we go through the teaser from start to finish, we see the following:

This is what Bohemia says: We followed up with Bohemia, but they don’t want to reveal much more to us either. However, they confirm that there is a new threat and that the magazine can be assigned to a weapon. But also that not every word on the card provides clues to new features, but merely references to various conspiracy theories and pop culture.

When it comes to the release, we don’t know any more than you do. “Coming Soon” is the only information currently available. We’ll keep you up to date.

Did you find out anything else? Write in the comments below.