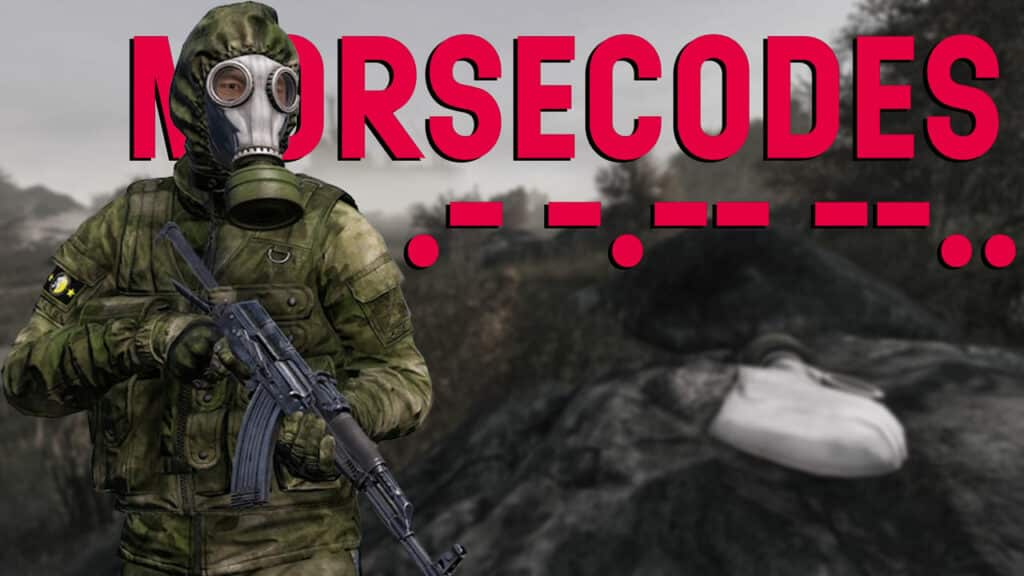 New Morse codes for DayZ Update 1.14: Who are Hanna and the Yellow King?

DayZ Update 1.14 is just around the corner, and that comes with a drum roll: Developer Bohemia interactive has been puzzling fans over Morse code and keywords for days. What about Hanna, the “yellow king” or the zones marked on the map?

Spread out on a table, scribbled with a marker pen and a written escape route, lay the two cards there. The Morse code translated means: “Leave, last warning”. Another post a day later. Again with Morse code and card: Who are the “Yellow King” and Hanna?

This info is safe

These are the latest posts: Once again, developer Bohemia Interactive posts not just one picture, but two – again including Morse code. Picture number 1 shows a calendar wallpaper. The developers always share these wallpapers shortly before the end of the month.

This time, however, it is different, and the calendar actually has expressiveness: Because you can see thick fog and a gas mask on it. The Morse code says this time: “Yellow King” (O.T: Yellow King).

Another picture shows the location of the yellow king: he obviously lives on Hill 314. For the sake of completeness, we should also mention that Hanna is high, and her accomplice has probably watched too much Clockwork Orange.

Wait, wait: who is Hanna, why is the high, and what does a classic film have to do with it? To be honest, we don’t know either – probably nobody outside of Bohemia Interactive knows yet.

Speculation: That’s what the Yellow King and Hannah are all about

This is what the community thinks: One theory is already following the next. Some fans believe in AI soldiers à la Rust or Arma 3 Exile or in a battle royale event. Probably the most popular and most credible theory is that of radioactive zones. Evidence for this is:

The Morse code “Leave” and the associated escape routes
Yellow King could describe a man in an NBC protective suit
The fog on the calendar picture could indicate poison gas
A few years ago it was planned to turn the Tisy military base into such a zone. But nothing has come of this so far.

Who is Hanna? Even the greatest DayZ detective has to surrender here. Nobody has had a great idea who Hanna is. The only indication is the sales banner on Steam: Here you can see a woman resting on a stone. That’s it, we don’t have any more clues.

Soon new information about the Yellow King, Hanna and the Morse codes of DayZ Update 1.14 could appear. What we can safely say is that we can expect some big changes with the next content patch.

We learned a lot more about the first Morse codes and possible radioactive zones: DayZ Update 1.14 teases a new threat, weapons and items