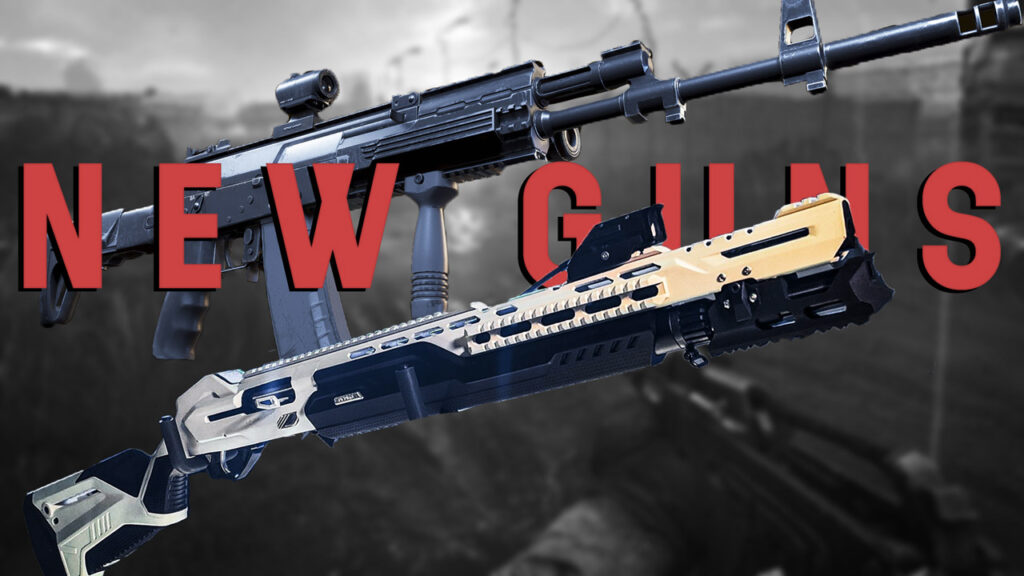 Escape From Tarkov Gets New Weapons – Fans are Mad Again

On Twitter, the developer of Escape From Tarkov shared new weapons that will soon be implemented in the game. Some fans are mad because they don’t want to understand.

What’s new: Some new weapon designs from Escape From Tarkov were shared on Twitter. These apparently show AR-15 weapons and the like. The cool designs are spurned by many users. But why is that so?

Tarkov gets new guns & that’s why fans are mad

These weapons are coming: The pictures shared on Twitter for the new weapons and attachments seem to show AR-15, a shotgun and Awtomat Kalashnikova (AK for short). A fan seems to have recognized exactly which weapons are depicted here:

The exciting thing about this for us is the chic wood look paired with the modern and aggressive look of the rest of the weapons – soft meets robustly.

Some players get everything wrong: In the comments on the new weapons you will quickly find malicious and malicious comments. Personally, I think that comments can be as dirty, nasty and criticized as possible. At least if that criticism is appropriate and justified.

In the case of Escape From Tarkov and its new weapons, many seem to see a problem where none exist. So numerous users say:

Others complain that Battlestate Games is misplacing and misusing its resources and priorities. It should be said very clearly that the employees who work on weapons and attachments – i.e. models – are not the same people who also develop maps and missions.

A development studio consists of many departments, each with different tasks. No feature steals the other’s workforce here! So we’re still looking forward to new content.