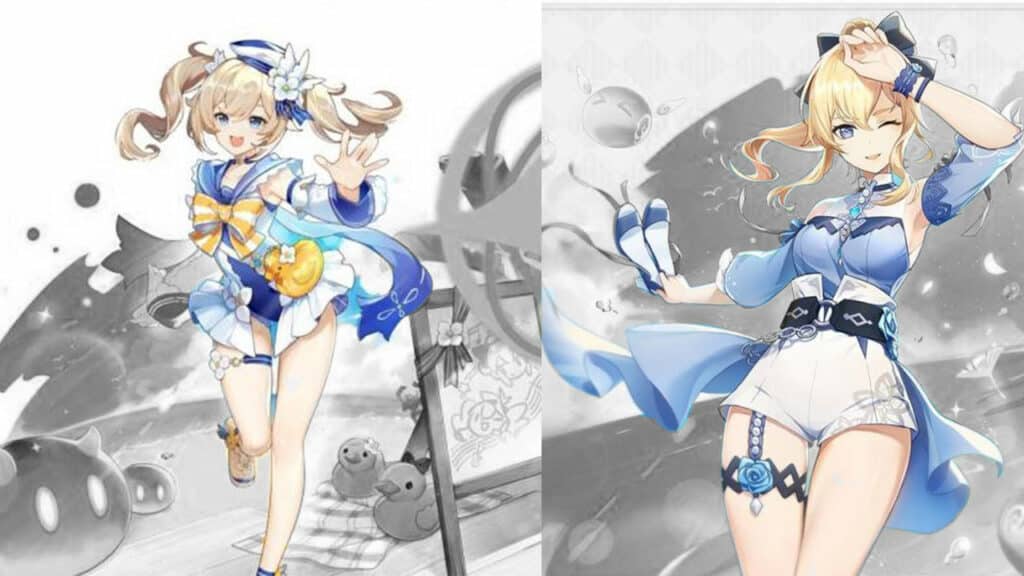 Genshin Impact could get character skins with 1.6

The co-op RPG Genshin Impact is very popular. Quite a few characters want to be collected by players, and they could soon receive new skins. The first leaks show summer outfits with patch 1.6.

That’s going on: There are always leaks about the co-op RPG Genshin Impact, which shows new Features from the beta of upcoming versions. So also in this case. Leakers speak of character skins that will be probably introduced into the game with patch 1.6.

This is what the skins look like: So far, summer skins for the characters Jean and Barbara are known.

For a long time, players of the co-op RPG have been asking for more skins for the characters, and now it could be right on time for summer. How the skins are won or whether they have to be bought in the shop is not yet known.

The skins could also be unlockable in special event quests or contained in the banners as additional loot. The skins will certainly ensure that players will spend even more money on the Free2Play game.

It remains to be seen whether the summer outfits will actually look like this and whether they will even appear with 1.6. Would you enjoy character skins? Share your thoughts in the comments below!