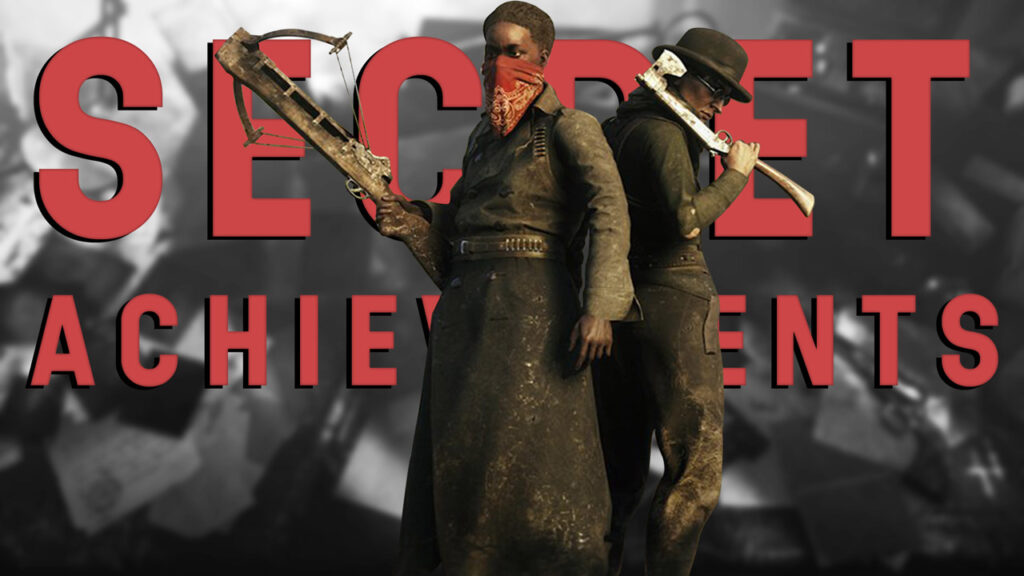 Hunt Showdown Guide: All Hidden Achievements & How to Unlock them

In this Hunt Showdown Guide, we’ll show you how to unlock hidden achievements and achievements. In this short guide, we will explain to you how you can get the 11 secret ones!

Do they exist? It may surprise some players and you, but yes, there are hidden achievements in Hunt Showdown. Perhaps you have already discovered this in the overview list in the corresponding Steam tab! However, you don’t know how to unlock it, so here is our guide!

Note that: in order to get the hidden achievements, you have to carry out some actions in Hunt Showdown that endanger your mission progress or your current round. You should be aware of this, so don’t start these rounds with your most valuable equipment!

How it works: The following achievements are all hidden. You can see that they exist, but not their name or how to get them:

Here’s the best way to do it: Some secret achievements in Hunt Showdown are particularly easy to achieve with little tricks. We’ll show you which are:

Our content: That was all about the hidden achievements of Hunt Showdown. If you would like to read more guides on the game, click on them in the link box above!