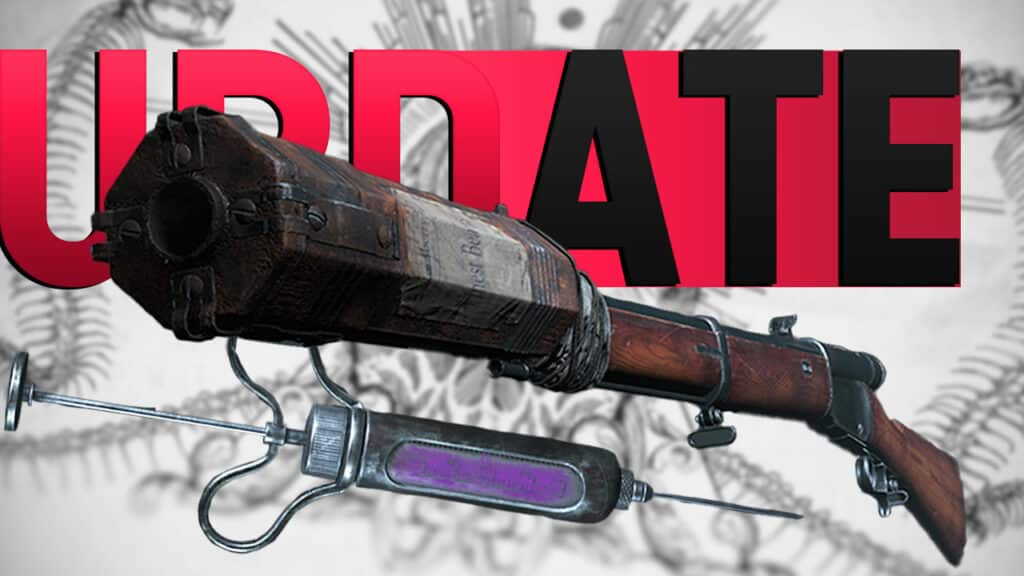 The Hunt Showdown Update 1.6.2 is playable for everyone since today, October 12, 2021. In this article, we’ll show you the latest content, go into great detail and, at the end of the day, simplify the update’s patch notes for you!

The update 1.6.2 of Hunt Showdown is gigantic. It not only brings new weapons and variants, but it also massively changes the balance and even rewards you with new cool skins in the end.

These are the new weapons in the Hunt Showdown Update 1.6.2

What’s new: A new weapon is included in the current Hunt Showdown update. There are also three other variants, two for the Vetterli and one for the Lebel 1886.

This is what the new Scotfield Model 3 revolver can do

The new addition to Hunt Showdown is a revolver that uses medium ammunition. The Scotfield Model 3 is aimed at beginners and is available from the very first rank. It also costs entry-level 77 Hunt dollars.

In addition, it reloads comparatively quickly, which serves as a balance to the low muzzle flash speed. At 280 m / s it is a little lower than that of the PAX revolver.

You can unlock incendiary projectiles and full jacketed projectiles, which you can obtain as usual by simply playing the weapon.

The ever-popular Vetterli karabiner gets a little make-over. From now on you can activate a version with a Marksmen scope and a silencer for the all-rounder Vetterli in addition to a bayonet.

The Marksmen version has a small disadvantage compared to other weapons with the same scope. It wobbles more than other Marksmen weapons as you look through the visor and move around. This version of the Vetterli costs $190 in the shop.

Healing Over Time: These 2 syringes keep the debate going

With the Hunt Showdown Update 1.6.2 two new syringes are introduced. Both of these heal you over time. As usual, there is a weak stim and a strong stimulus.

So both injections will heal you continuously, even if you have just suffered damage. The only exceptions here are status effects such as poisoning, burn or bleeding.

Everything else in the Hunt Showdown Update 1.6.2

Regeneration Shots For the duration of the effect:

The following ‘retrievable projectiles’ now do substantial damage to AI and Hunters when being retrieved by a Hunter:

Blood Bonds for completing Training missions have been reduced.

Runners Up for Skin Contest