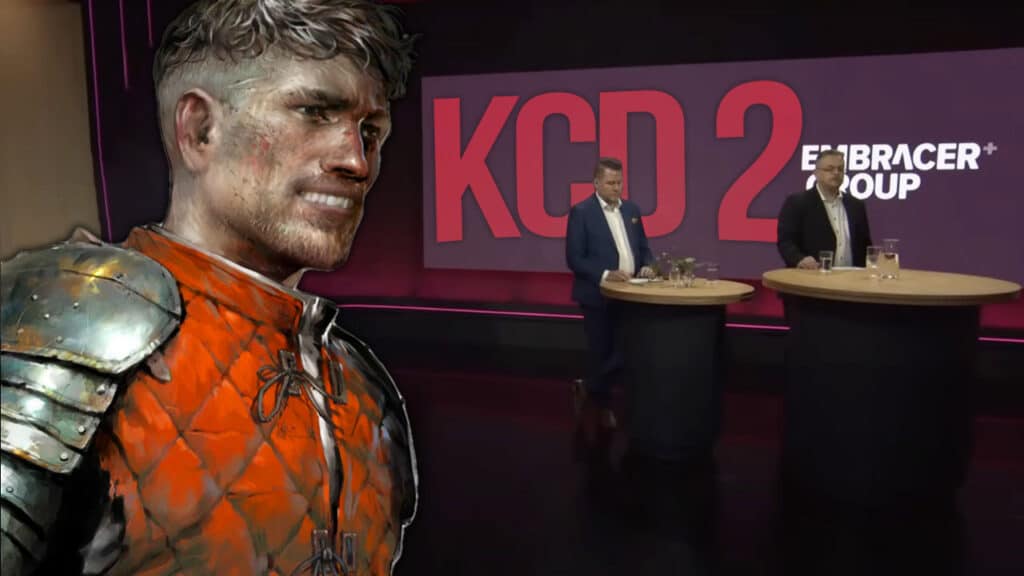 For years, fans of Kingdom Come Deliverance have been waiting for a sequel. Embracer Group had an investor conference in which Kingdom Come 2 was mentioned for the year 2023. What’s behind it and what other hints there are about the possible sequel — now.

What it’s about? More than four years have passed since the release of Kingdom Come Deliverence on PC, PlayStation and Xbox. Accordingly, medieval fans are starved, and they are now waiting for the sequel, whose possible additional title “Kingom Come: Retribution” was leaked last year. During an investor conference, Embracer Group, which includes KCD publisher Koch Media (now Plaion), may have revealed Kingdom Come 2’s imminent release.

During Embracer Group’s financial report for the third quarter of 2022 (July to September), they presented all projects under the Embracer umbrella. This included two video games that are part of the portfolio. These games and studios are not mentioned by name. However, the date of studio acquisition, the game releases, and other exciting data are very much part of the sales statistics shown during the stream. The two examples are divided into Studio Case #1 and Studio Case #2. The first example is Experiment 101 and the game Biomutant. Studio Case #2 shows the following statistics:

Is that Kingdom Come Deliverance for sure? In a previous excerpt of the presentation, Warhorse Studios (Kingdom Come) and Experiment 101 (Biomutant) are already presented as the most successful video game projects under the Embracer Group. Now they go into detail about two games whose said dates couldn’t be more apt:

There is no absolute smoking gun here, though, there never is with such financial reports or with possible “leaks”. Sales figures, release, and acquisition as well as the mention of a sequel let us hope that this is Kingdom Come 2.

When is the announcement & release coming? The first announcement could take place during E3 2023. Here we could get a first trailer, which then presents a release for Q4 2023. Whether that date can still be kept remains questionable for now. The Covid pandemic did not spare the Czech developer, and the studio had to remain closed for many months.

What do we know about Kingdom Come 2 so far?

That Warhorse Studios is working on a sequel to the medieval RPG is certain. In a german interview, PR Manager Tobias Stolz-Zwilling

In the last few years, there have been different leaks, some of which were spread by the developers themselves: