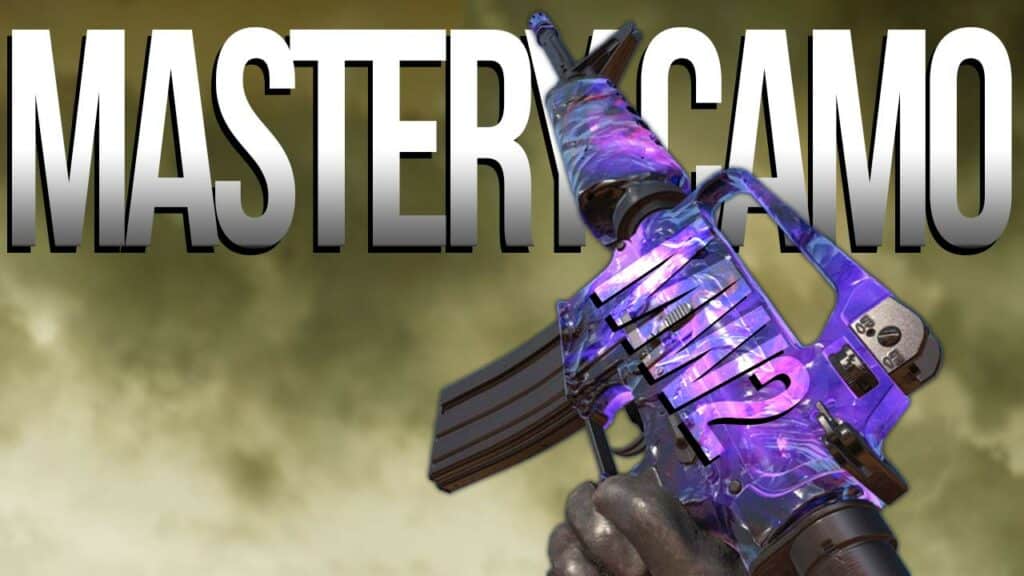 Modern Warfare 2 Guide: How to Unlock all Mastery Camo & Base Camos

What’s it about? Modern Warfare 2, another new Call of Duty, will be released in 2022. This year, however, the developers want to make us work extra hard: You can unlock a whole four Mastery Challenges starting on release day. How the camo system works and how to unlock the Mastery Camos in MW2 — now!

All Mastery Camos in Modern Warfare 2 – These Four Exist

Which skins are there? The four leaked Mastery Camo skins are part of the well-known line-up of CoD skins. There’s gold, silver and on top of that a touch of oil on the highway, mixed with a drug trip into space. As Metaphor reports via Twitter, most of them actually look pretty good.

Gold and Platinum Camo Skins immerse the entire weapon in these exact colors, but highlight the accents with darker tones each. Shattered Dark Matter and Space Camo are more colorful. Dark Matter is said to look great and strongly reminds of the skin of the same name from Black Ops. Space Camo, on the other hand, is probably the ugliest of all Mastery Camo skins in Modern Warfare 2.

Is there more to come? There are supposed to be more Mastery Camo skins in Modern Warfare 2 in the future. These will be introduced gradually over the two-year lifespan of MW 2 with Seasons and updates. What’s coming then is still unclear, but we’ll keep you posted on any new additions to Modern Warfare 2 in the coming weeks and months.

How to Unlock Mastery Camo in Modern Warfare 2

Base Camo: Your grind starts with unlocking the basic skins, like foliage, forest camo or polymer. You unlock the base camos through the Camo Challenges, which are already known. In total, you can unlock over 180 basic camo skins in Modern Warfare 2.

To get the challenge for this camo, you need to have unlocked all the base camos with the weapon. In order for you to then receive gold, you must achieve a certain number of kills. The number is not yet known, but it should be in the triple digits. The Gold skin is the first of all four Mastery Camos that you can unlock in Modern Warfare 2.

In order to get the Platinum skin, you need to have played X weapons of one category (Sniper, AR or SMG) on Gold. Then you will get the new camo challenge for the Platinum camo, which says that you will make X kills with the chosen weapon again.

Just like Platinum, here you need to have played a certain number of weapons of a category on Platinum to unlock the Polyatomic Camo in Modern Warfare 2. However, you must have a total of at least 51 weapons on Platinum to get this skin.

Now it gets tough: In order to unlock the Orion Camo in Modern Warfare 2, you need to have unlocked the Polyatomic Camo for at least 51 weapons. Once you’ve done that, you’ll automatically get the Orion Mastery Camo for all 51 weapons, without any further action.

This is what the Call of Duty community thinks of Mastery Camo in MW 2.

Below Metaphor’s tweets, fans have a lively exchange about the upcoming release of Modern Warfare 2 and express their opinions about the weapon camouflage. Some affirm that they don’t think much of the grind and are disappointed that achievements from previous games won’t be rewarded in the next installment. Others question past leaks about the skins, which reported diamond skins instead of space camo and the like.

really cool but i’m tired of grinding camos every year. If i got damascus in mw1, it should carry over to mw2.

What do you think of the Mastery Camo skins this year? Will you try to get them all, or will you keep your hands off the grind? Leave us your thoughts in the comments or join our social media channels via Linktr.ee. We look forward to hearing from you!