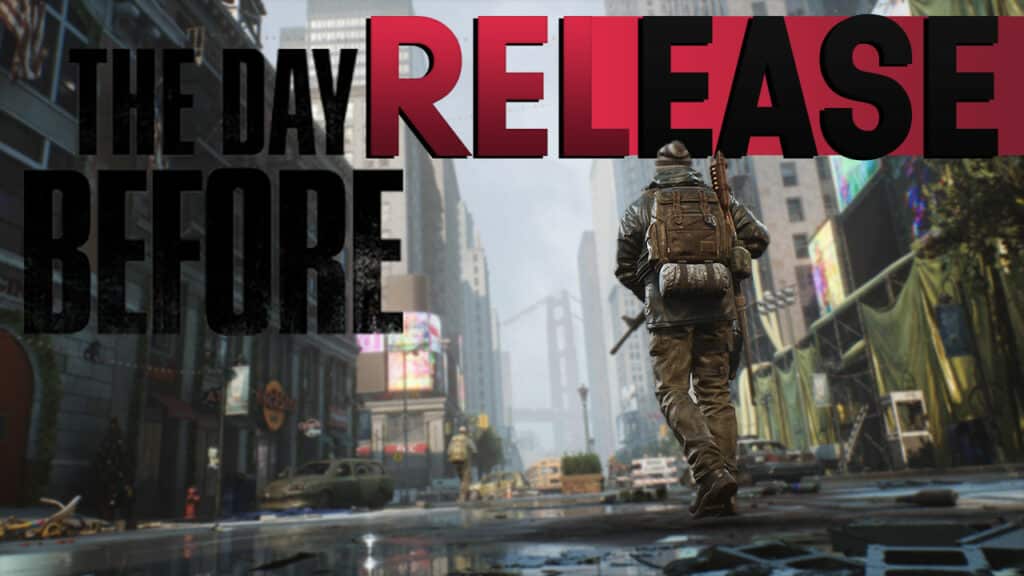 The Day Before shows new gameplay and reveals the release date

The survival MMO The Day Before, which already looks too good to be true in various trailers, has presented new gameplay and announced the PC release for 2022. We have all the information!

That’s going on: Developer Fntastic, in cooperation with the American magazine IGN, presented exclusive gameplay material during their announced release event. The scenes shown are mainly reminiscent of snowy New York from The Division.

But it doesn’t look like real gameplay, more like rendered gameplay scenes. At the end, the planned release date for the PC version is also shown. The gameplay starts at 2:20 in the video.

According to the new gameplay video, the planned release is scheduled for Tuesday, June 21, 2022. It is currently not known whether this is an early access release or a full release.

For the first time, Fntastic is also announcing a version for the current generation of consoles, the PlayStation 5 and Xbox Series X|S. However, it is currently not known when these will appear.

This is The Day Before

The Day Before is an online survival MMO. Visually, it is strongly reminiscent of a mixture of The Division, The Last of Us, and Mud Runner. A strange mixture that The Day Before serves us here. Fans believe the game looks too good to be true, and real gameplay hasn’t really been shown either.

That’s the story: A deadly pandemic has struck the world. You are in America, where you fight against infected people and other players for resources, food, weapons, and vehicles. In the game world, everything wants to kill and plunder you, only in the colony you are safe and can trade.

What you can do: In The Day Before you will be able to freely explore the open world, collect resources, find and upgrade weapons and build your own small base or house. Vehicles can also be found in the game world, with which you can get to your destination faster.

It remains to be seen whether the game has a specific story. In the description on the official Steam page it goes on to say:

“YOU WAKE UP ALONE IN A WORLD THAT YOU CANNOT REMEMBER ANYMORE, AND SET OUT TO SEARCH FOR ANSWERS.”

Often times, the story is told via the world itself in such a game. This is called “environmental storytelling” and gives you the opportunity to better understand what is happening, for example through newspaper articles or various locations in the game.

It remains to be seen whether we will get to see real gameplay before the final release next year. The game was originally supposed to come out in the 2nd quarter of 2021, but has been postponed for a year. Fans hope that the upcoming release on June 21, 2022 can be adhered to this time.