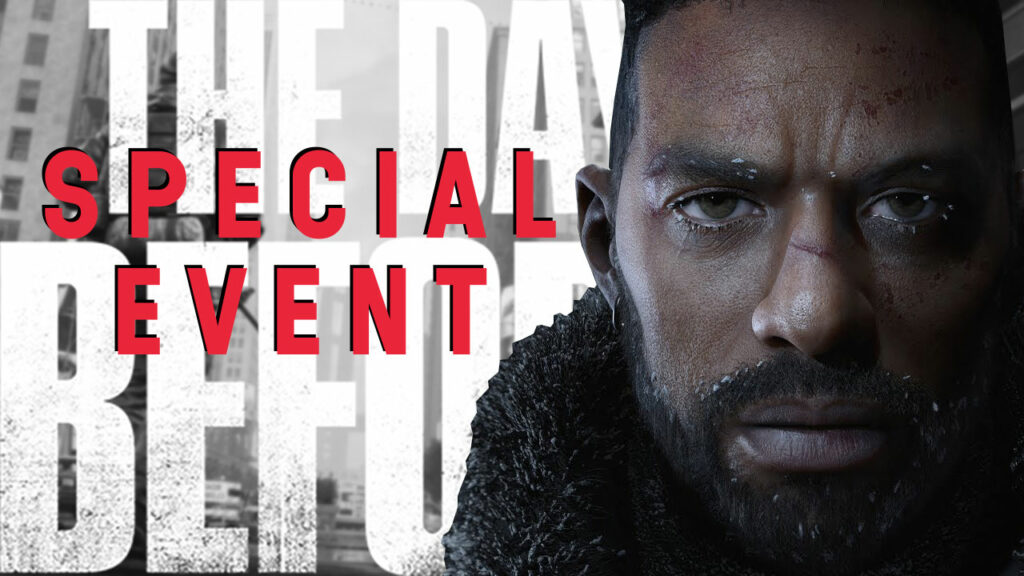 The Day Before Live Ticker: Event Postponed For The Third Time

The upcoming survival hit The Day Before has planned a special event for the end of March in cooperation with the American magazine IGN. After a postponement, problems arise again.

Update April 9th: Fntastic finally managed to present 13 minutes of gameplay. We have taken a closer look at the gameplay for you:

13 minutes of The Day Before Gameplay show: Something is wrong here!

Update April 7th: The developers have finally postponed the event. Now a new date is set. The event will start on April 9th at 9 p.m. (PT).

The Day Before event has been postponed. We’ll set a new date soon.

Update April 6th: The stream is already delayed by more than 3 hours due to technical problems. The community is visibly annoyed, so many users are calling for the stream to be disliked. At the current time, the stream-video from the developer, in which you only see a campfire, has around 645 likes and 590 dislikes.

Update March 31: As the developer Fntastic announced via Twitter, the planned special event with IGN has been postponed.

The MMO Survival genre is about to change.

The developers do not announce why the event was postponed. The fans of the survival MMO can hardly wait for the announcement, especially not after Fntastic confirmed in February, that The Day Before is not an pc exklusive title.

It is still unclear for which generation, but we suspect a release on the PS5 and Xbox Series X | S.

That’s going on: Fntastic, the developers of The Day Before, announced a special event via Twitter that will take place on March 31st on IGN’s YouTube channel.

When does the event take place?

How long the event will last is not yet known. The developers don’t say a word about the content either. Only the gameplay should be shown during the event, Fntastic has already revealed.

The previous gameplay scenes for the survival game are already looking very promising. So there is already something to see about the vehicles and also about the fights.

Are you going to tune in and watch the special event and what do you think is going to be shown? So in the comments!