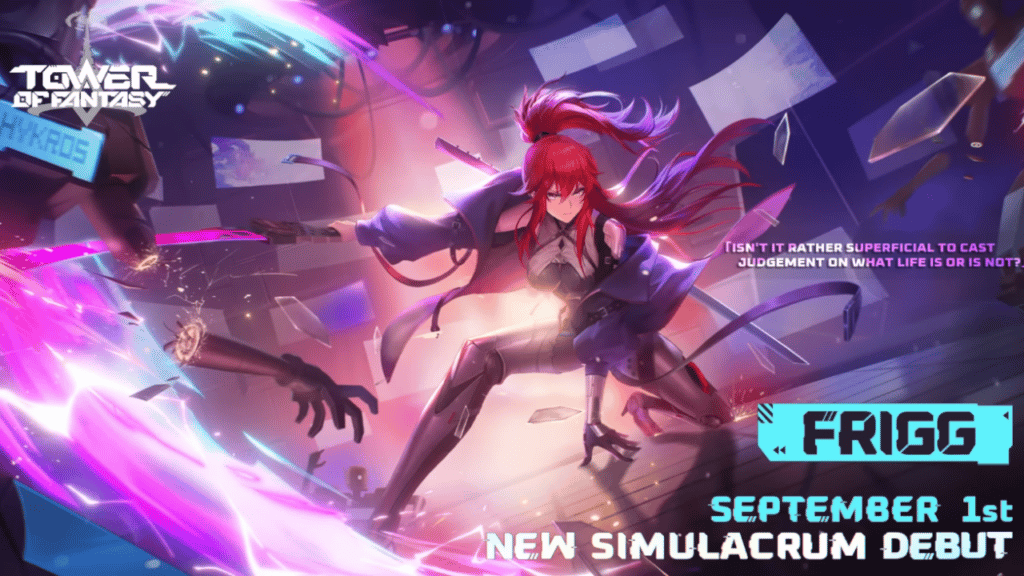 The MMORPG Tower of Fantasy has been released for less than two weeks and already there is the first announcement about the new character Frigg. We show you what Frigg has to offer from September 1st.

These are Simulacra: Simulacra are the player’s representations of characters in Tower of Fantasy. All you need is the corresponding weapon, which you can get with a small chance via the gacha-system, i.e. the loot boxes in the game.

May we introduce: Frigg, the new character in Tower of Fantasy

Bio: An angel of mercy and the right hand of the wise man, whom she followed for better or worse. Taciturn and direct. She has her own view and philosophy about life.

The new character Frigg in Tower of Fantasy fights with a sword and mainly with ice attacks and abilities. Here is an overview of the new character’s weapon effects and skills.

Frigg’s weapon effects and abilities at a glance

You want to discuss Tower of Fantasy or other games? Then join our new Discord server or visit us on Facebook, we are looking forward to you!