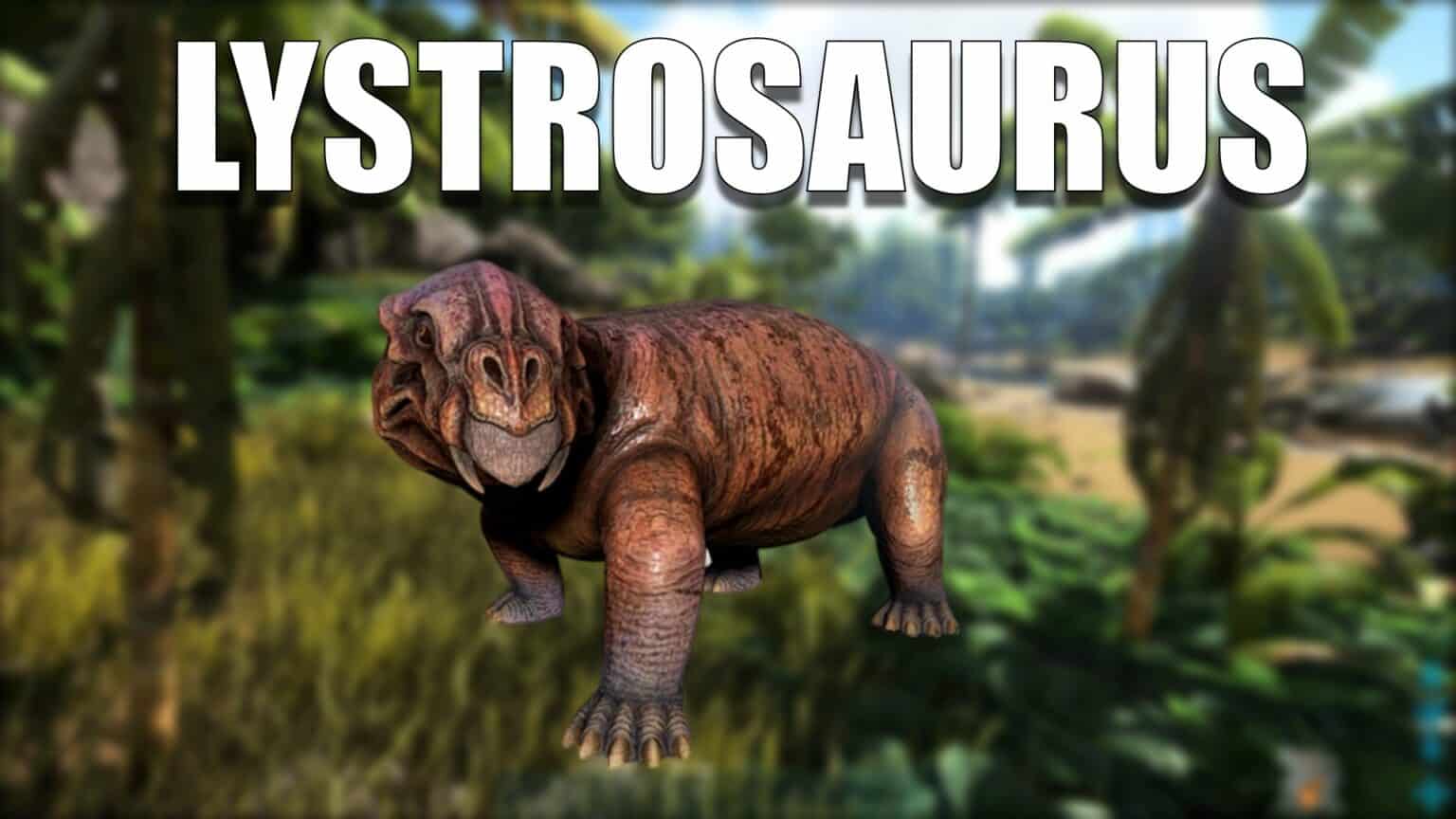 ARK: Survival Evolved: Lystrosaurus – How to Tame, Feed and Breed!

The Lystrosaurus in ARK: Survival Evolved is a small herbivore no bigger than a dog that you can find almost anywhere on the island. He’s a tough guy who recovers quickly and gains experience faster than other dinosaurs. In addition, he has a very useful effect on other dinos around him.

Find out everything you need to know about the tough herbivore in our Lystrosaurus guide. But also how to catch him, tame him, feed him, and breed offspring too.

This is the Lystrosaurus in ARK: Survival Evolved

Appearance: The Lystrosaurus is easy to miss. It is a small herbivore that often lives under shrubs and trees. So it’s not always easy to spot from the air. With its short legs, which stick out almost at a 90-degree angle from the body, it is a leisurely and not at all aggressive contemporary. But he is all the more intelligent and capable of learning.

Wild: When fully grown, a Lystrosaurus is about 60 cm in length and perhaps half that in height. But he is a robust fellow who doesn’t seem to mind the poison of the island insects.

Domesticated: With its gentle nature, a tamed Lystrosaurus makes a loyal companion that gains experience very quickly. So you can level it up much faster than other creatures. This effect also transfers to other dinosaurs if both they and the Lystrosaurus are running with you. The Lystrosaurus is not rideable, nor can it carry much equipment. 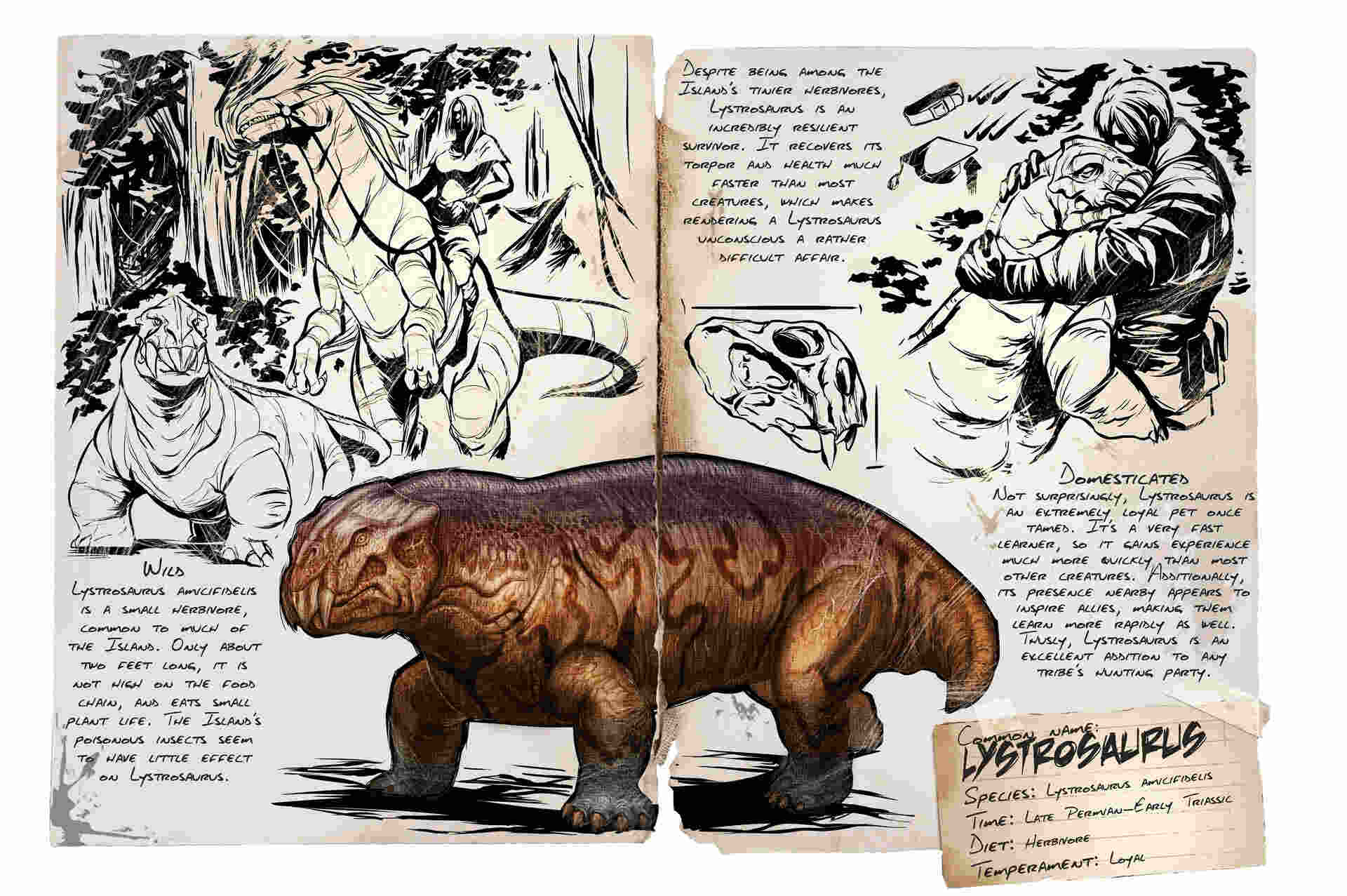 How to tame Lystrosaurus in ARK

The Lystrosaurus is passively tamed. That means you don’t have to shoot him tranquilizer darts, but feed him, in this case, a rare flower.

This is also very easy with the peaceful Lystrosaurus. You walk close to him until the action “Feed rare flower to tame” appears. You do this by pressing the appropriate button and feeding it to him.

While taming, be careful that other predators do not attack you or the Lystrosaurus.

Tip: The rare flowers you need to use to tame can be collected from giant beaver dams, harvested from cattails, special bushes, pitcher plants in swamps, and short, spiky shrubs in snowy areas. Since it can cost several flowers to feed him, it’s best to collect a few more.

How to feed a Lystrosaurus in ARK

Once you have tamed your Lystrosaurus, it is important to know what it likes to eat. As already mentioned, the Lystrosaurus is a herbivore, which of course makes the choice of food easier.

How to breed the Lystrosaurus in ARK

This is how you prepare the breeding: If you have a male and a female specimen, you build an enclosure that is large enough at best. Put both dinos in the pen and set them to “wander” via the command menu. Alternatively, you can also switch directly to “Pair”, but then there must always be a player nearby, otherwise the pairing will stop due to the rendering. The breeding interval of a Lystrosaurus is 18 to 48 hours. How to Hatch Eggs: When you get a fertilized Lystrosaurus egg from a successful mating, hatching begins. For this, the ambient temperature of the egg should be between 24 °C and 28 °C. According to standard settings, the little Lystrosaurus baby hatches after 49 minutes. After that, it takes up about an hour and a half of your attention, during which you keep putting food in its inventory.

Once it gains juvenile status, it can feed from troughs on its own. The entire maturing time takes about 16 hours.