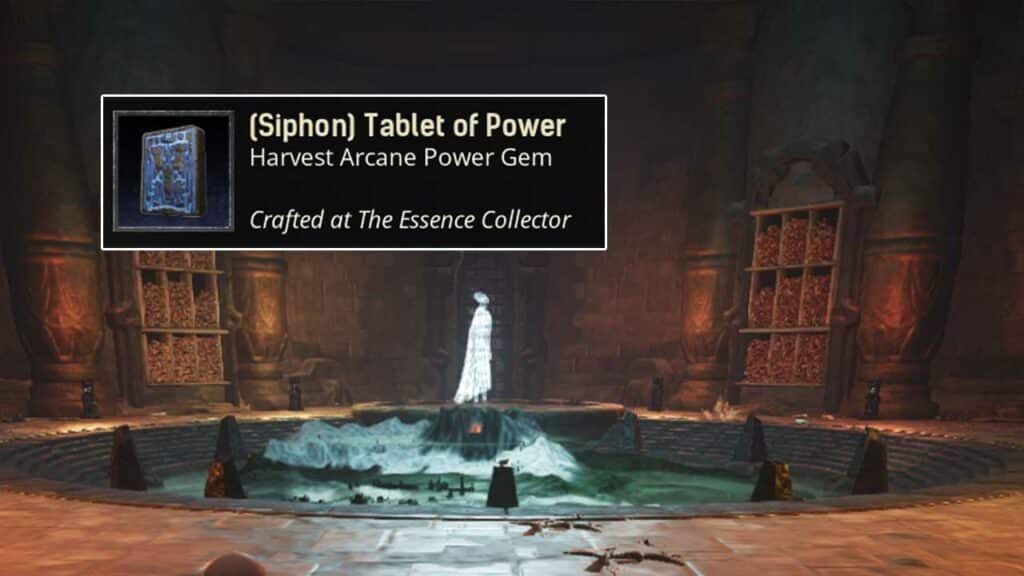 Conan Exiles: Craft The Tablet Of Power And Get Additional Feat Points

If you ever run out of feat points in the barbarian survival MMO Conan Exiles, we present you an easy solution: the Tablet of Power. In this guide, we will explain what the Tablet is, what its benefits are, and how you can craft it.

This is the Tablet of Power: The Tablet of Power is a slab, which is composed of individual fragments, which will give you feat points after consuming it. You can also use it to improve your Arcane Magic.

How to get the recipe: To get the recipe for crafting the Tablet of Power, you have to go to The Archives, which are located in the nameless city (marked on the map), and look for the scroll that has it written. To find the scroll with the recipe, you must walk into The Archives and go straight ahead until you are in a huge, round room. You can go to and interact with several shelves along the walls.

After interacting with a shelf, it should present various scrolls you can learn. To learn the recipes written in these scrolls, you must spend collected Fragments of Power. So you should collect as much as you can.

Caution: While staying in the nameless city, you will be infested with corruption, which will drain your stamina and health. Crafting the Tablet of Power

To be able to craft the Tablet of Power, you’ll need a lot of Fragments of Power. You can collect these as loot from the bosses within the Nameless City. However, the bosses only drop one fragment each. The chance of getting another fragment of power from one boss is about 1.1%.

But there are other places where you can collect or procure more fragments:

You can craft the tablet of power directly in your inventory. For one Tablet of Power, you will need:

The crafting takes about 2 Minutes and will grand you 3000 experience.

If you have already reached level 60, you require about 21 Tablets of Power if you want to learn every talent. To craft these amount of tablets, you will need a total of 105 Fragments of Power. The individual fragments will also give you knowledge points, but without the Tablet of Power, you would need 176 fragments to learn all the talents.

You will need the Tablet of Power to improve your Arcane Magic at the Arcane Sanctuary, too.

Would you like to join our community and discuss Conan Exiles? Then join our new Discord server or visit us on Facebook, we’re looking forward to seeing you!