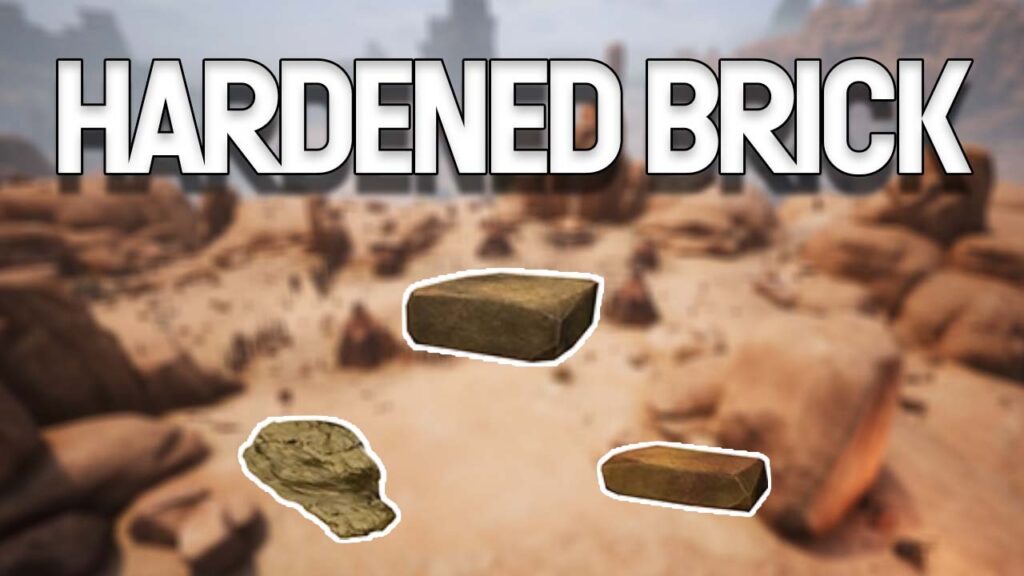 In order to unlock and create new building parts in the survival game Conan Exiles, you will sooner or later have to produce hardened bricks. In our guide, we will show you what you need for the production and how you can quickly build hardened bricks.

What it’s about: Surely, a small hut made of sandstone will be enough in Conan Exiles at the beginning. But if you want to build buildings with a higher resistance, you can’t get around the improved walls and building parts. For this you need steel reinforcements as well as hardened bricks. We will show you how to make these improved bricks.

What you need for Hardened Bricks in Conan Exiles

Making hardened bricks is relatively simple. You only need two materials. The most important thing is the large amount of stone that you will need later if you want to make a lot of hardened bricks. The equipment you need to make them is a furnace and enough fuel. To fire one hardened brick you need:

Put the two ingredients together with fuel, like coal or wood, into the furnace and start the firing process.

Brick: You can easily make bricks. All you have to do is put bricks in the kiln and fire them. From 10 bricks you can make one brick block.

You can collect plant fiber since the beginning of the game. Resin, however, can only be found by cutting down trees with a pickaxe. Especially trees in the Highlands and the Tundra give you resin. However, if you don’t want to go all the way to the Highlands or the Tundra and the trees in the starting area aren’t enough for you, you can also obtain resin as a byproduct of the dryer. You can get two dried woods and one resin per wood.

You want to join our community and discuss about Conan Exiles? Then join our Discord server or visit us on Facebook, we are looking forward to you!