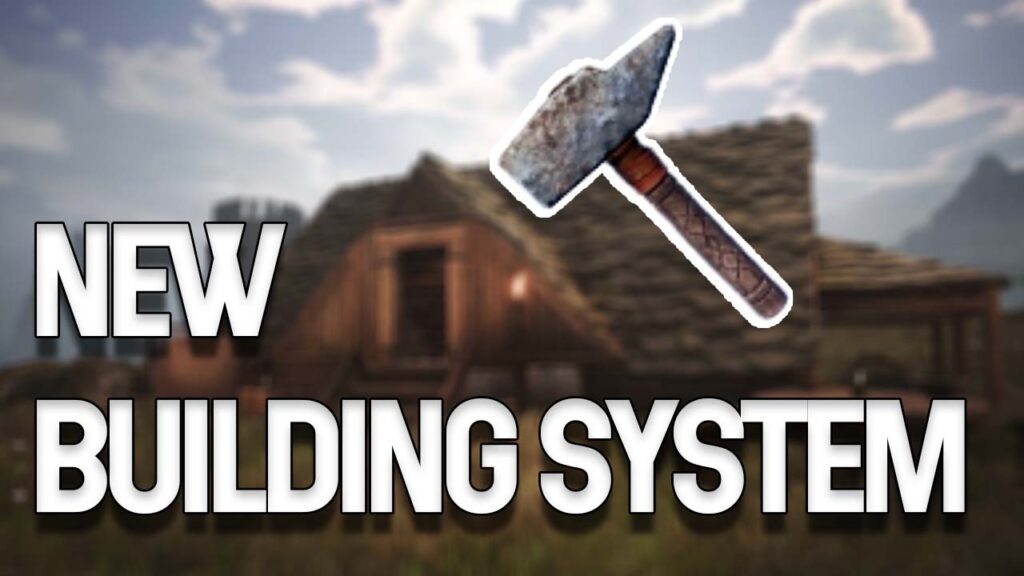 Conan Exiles: How to Use the new Building System

With the Age of Sorcery update for Conan Exiles, there was a new building system in addition to magic and spellcasting. In this guide we will show you what has changed and what you can look forward to.

What it’s about: Since the beginning of Conan Exiles’ development, the building system was treated very step motherly. Building was not clear, each building part had to be produced individually and decorations were produced at different workbenches. This is now a thing of the past! We’ll explain what has changed in the new building system.

This is how the old building system was in Conan Exiles

Over time, the old building system revealed more and more disadvantages. The individual components were made individually, which sometimes took a lot of time, and you almost always had to make decorations and furniture at different workbenches. With the DLCs that were added over time, building and crafting the individual objects didn’t get any clearer either. The biggest criticisms of the old system were:

This is what the new building system brings to Conan Exiles

The Construction Hammer: With the construction hammer you can create a really useful tool with which you can build almost ANYTHING. To make the hammer, you need:

The Construction Hammer gives you the ability to build directly in real time with all the items you have in your inventory. So you don’t have to make individual parts at the workbenches and then place them. Just select the part you want to build in a clear menu and then place it directly if you have the items for it.

Better Clarity: As already mentioned, the construction hammer in the new building system provides a better overview. You can choose between three categories in the construction menu. These include:

The categories are again sorted into useful subcategories. This way you can quickly find the part you want to place.

Controls: Now we want to tell you how to use the construction hammer correctly. Equip the hammer in your hand and press the F key to get to the construction menu. There you can select the object you want to place. If you are in build mode, you will see a transparent version of the object, and you can rotate and place it as usual. You can confirm the whole thing with a left click.

In addition to the build mode, you can also demolish objects. Simply right-click to switch between construction and demolition mode. With a left click you can then easily demolish the objects again and you will even get raw materials back.

With the new build menu, you can easily build just about anything Conan Exiles has to offer. However, you still have to create special objects like the elevators at a corresponding workbench.

You want to join our community and discuss about Conan Exiles? Then join our Discord server or visit us on Facebook, we are looking forward to you!