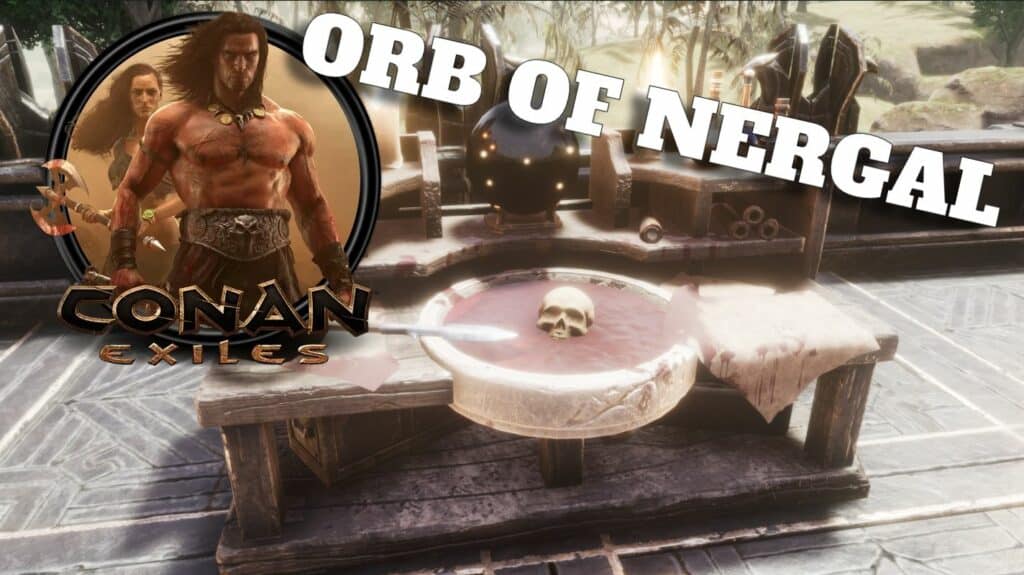 Conan Exiles: Use The Orb of Nergal to Customize Your Character

In the survival MMO Conan Exiles you quickly forget the time and sink into the depths of the epic game world. After what feels like countless hours of play, it can happen that you are no longer satisfied with the appearance of your character. Thanks to the Orb of Nergal, that’s not a problem.

Here’s what it’s all about: As a die-hard Conan Exiles fan, you know that feeling: After spending hours creating and perfecting your character in the character editor, the real action finally begins. However, over time, you’ll see more and more other players who have also created extremely cool characters using features or combinations that you didn’t even think of in your avatar.

Or maybe you just got fed up with your barbarian after hundreds of hours of play. The question now is: can you customize your character in Conan Exiles? The answer is yes! With the Orb of Nergal.

This is the Orb of Nergal in Conan Exiles

The Orb of Nergal is a workbench that you can easily craft and place in your base. Lore-wise, the following is known about the Orb of Nergal: Unimaginably long ago, even before Atlantis fell, the Book of Skelos told of an object that came from the stars, a gloomy orb of unfathomable fabrication. This orb was attuned to a sinister and malevolent god that offered physical transmogrification in exchange for a blood sacrifice. The name of this god was Nergal.

To craft the Orb of Nergal you will need the following materials:

In addition to the pure crafting materials, your character must also be at least level 45 in order for you to be able to craft the Orb of Nergal. In addition, the game requires a total of 10 feat points from you.

You need the Orb of Nergal to Customize your Character

As previously mentioned, the Orb of Nergal allows you to change your character’s appearance. So, just like before you started the game, you can use the character editor to customize your barbarian’s appearance, voice, and race.

What you can no longer change, however, is your gender. Once you’ve decided on a male or female character, your only option is to create a new character and start the game from the beginning.