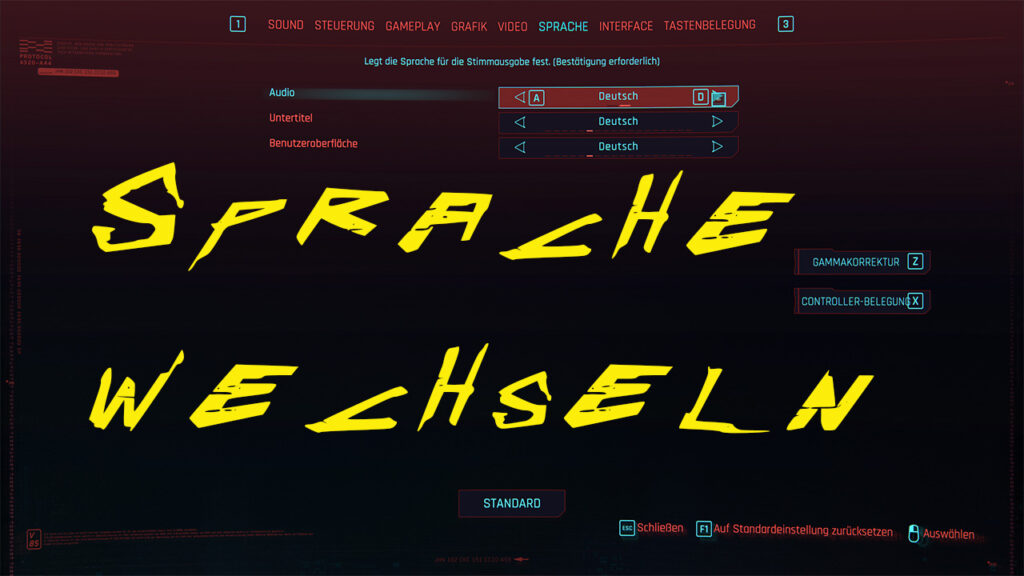 Cyberpunk 2077: How to change the language in the game

Cyberpunk 2077 has been available since December 10th. The FPS-RPG can be played in many languages, and the dubbing is excellent. But what to do if the language cannot be changed? We have the solution.

That’s the problem: If you start the game and take a first look at the option, you will find the Language-Options. There you can not only set the subtitles and user interface, but also the voice-over output. However, it can happen that there are no further options in the speech output, and you get stuck in English or another language, for example.

How to change the language in Cyberpunk 2077

That is the solution: The solution is actually quite simple. Close the game, go to Steam, and right-click on Cyberpunk 2077 in your library. Then go to Properties and select the Language tab. There you can then switch to a language of your choice and Steam will download an almost 4 GB language pack for Cyberpunk 2077. 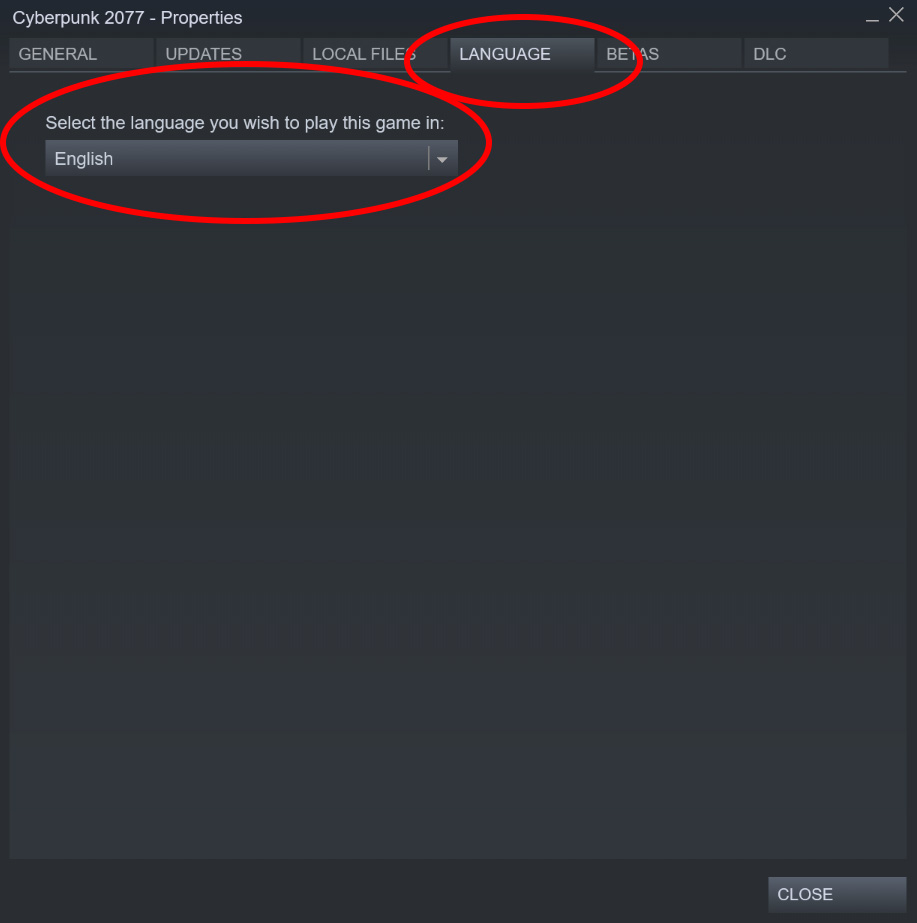 As soon as the download is complete, you can change the language correctly in the game.

Language on Xbox and PlayStation

Depending on which Region you bought the game in, you have different language options to choose from on Xbox and PlayStation. Below, you will find the language breakdown for both physical and digital download versions of the game on Xbox One and PlayStation 4.

These countries may carry different disc versions with different languages, check with your vendor which disc version they have in stock

DIGITAL and some DISC

We hope this guide has helped you and wish you a lot of fun in Nightcity.