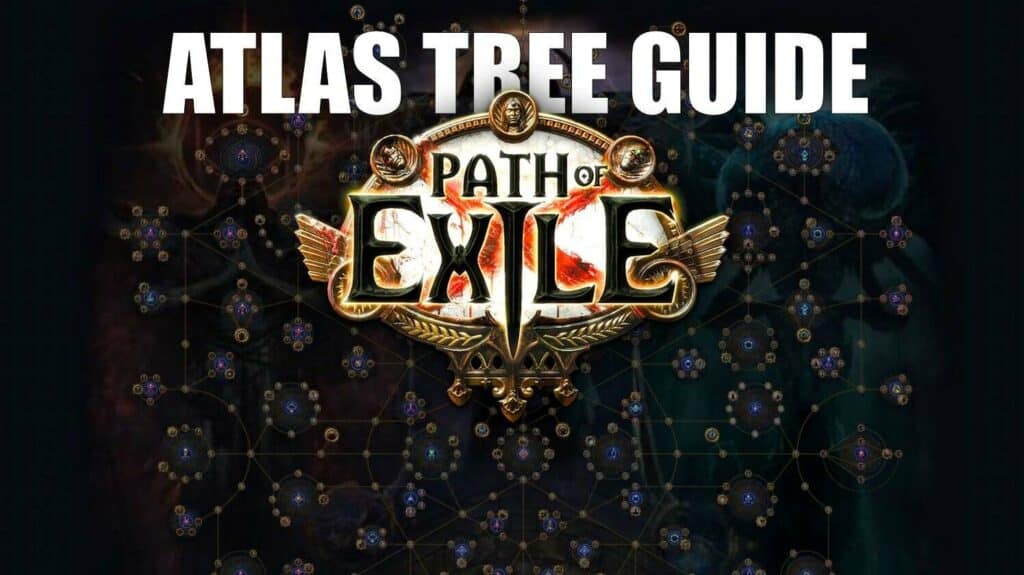 Path of Exile Beginners Guide: How to Skill Atlas Tree

The huge skill tree is the trademark of Path of Exile. With the expansion Siege of the Atlas, Grinding Gear Games added a second tree, the Atlas Tree, specifically for the endgame.

Once you finish the story of Path of Exile, the real game begins. You’ll get access to your map device, the Atlas, and the Atlas Tree. In it, just like in the skill tree for your character, you’ll be able to distribute points to unlock different modifiers. In our step-by-step guide, we’ll explain what the Atlas Tee looks like, how you can distribute your points, and why this is extremely important for your success in the game. How the Atlas Tree works in Path of Exile

You can currently distribute a total of 132 points in the Atlas Tree. You earn points by completing the bonus objectives of cards, which means making sure the card has the correct rarity level and defeating the card boss:

For each completed bonus objective, you will receive one point for your Atlas Tree. You also get six points from Kirac (one for each end-game boss) and a total of eleven points for the various Maven quests. Selected points can be revoked and redistributed at any time for an orb of unmaking. Spheres of destruction can be purchased from Kirac for two orbs of regret each. You can also farm them while mapping, as the spheres, are regularly dropped by monsters.

The mechanics of the Atlas Tree

In simple terms, the various points in the Atlas Tree are used to modify the cards you run, i.e. to spawn certain content/mechanics (e.g. vaults or chasms), or to increase the loot of the cards. The Atlas Tree contains points to almost every old league mechanic. No matter what content you like to play, with the Atlas Tree you can focus on any of them. So before you start spending your points, you should consider the following:

1. what kind of character do you have?

If your character does mostly single-target damage, there’s no point in selecting points in the Atlas Tree that require area damage (e.g. points that spawn Abyss mechanics). Instead, it makes sense to spend the points on more essences on the maps or improved boss fights.

By now, you can do currency with just about anything in Path of Exile. The important thing is to really focus on the one or two mechanics that you enjoy (if you enjoy everything, you’re spoiled for choice).

For example, if you like playing Strongboxes, Harbinger, and Legion, you can use the Atlas Tree both to make sure you find that content much more often on the maps and to make sure you get more and better loot through it.  Or if you focus only on essences, you can farm a lot of essences in a short time and upgrade and sell them over and over again.

Using other points, you can also make sure that no other mechanics (Einhar, Metamorph, Heist, etc.) appear on your cards.

3. adapt the Atlas Tree to your progress

To get to the fattest bosses, you need strong items, which you can either craft yourself or buy. In any case, you need a certain amount of currency first. It is also important to complete the atlas as completely as possible. At the beginning of the endgame you should distribute your points in such a way that you get as many new maps and Kirac missions as possible on the one hand and some currency on the other hand. For this, as described above, it is important to focus on one or two mechanics.

When you have enough currency to complete your build, you can venture into the boss fights. Before you do that, however, it may make sense to partially redistribute your points in the Atlas Tree to modify the boss fights. You will have to redistribute your points (at least partially) on a regular basis, for example because you have played through all the maps in the Atlas. Because then it doesn’t make sense anymore to have points that give you increased new card drops.

The most important rule for your Atlas Tree

Basically there is only one important rule for the Atlas Tree: Skill what you enjoy. There is no right or perfect tree, but you should always orientate yourself on what you like to play. Especially if you are new to the game, it can make sense to recreate a specific character build to get into the game mechanics. For the Atlas Tree, however, this is not recommended, because the build you recreate may focus on end-game content that you don’t enjoy at all.

So always decide for yourself how to distribute your points in the Atlas Tree, especially as a beginner. Just think about what you enjoy and focus on that content first. Use the search function at the bottom left to quickly and easily see all the points in the tree that are available for your mechanics. Once you have some footing, try different things to try out each mechanic. This is the only way to learn.