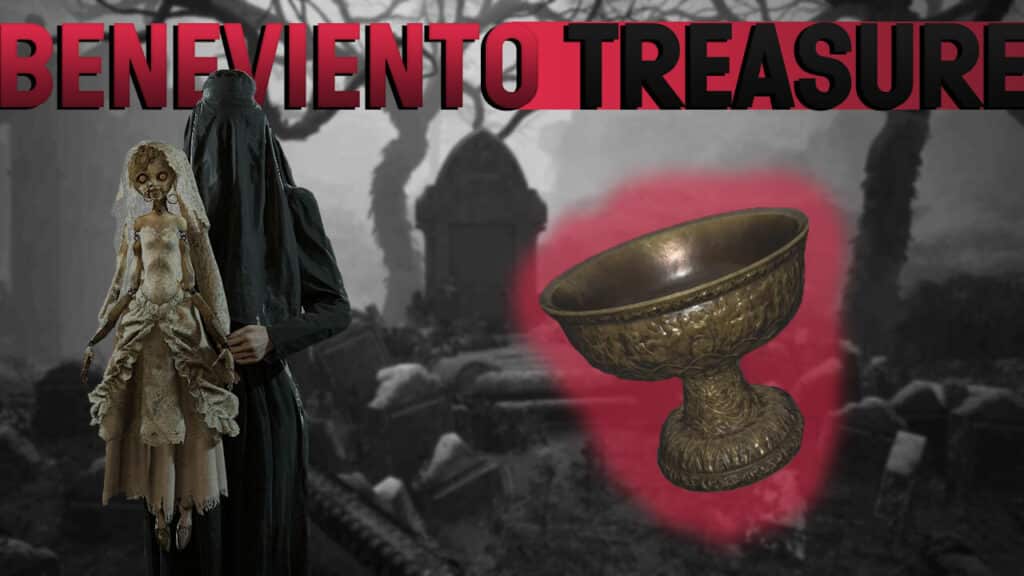 How to get Beneviento’s treasure in Resident Evil Village

On the way to the doll maker Beneviento you will inevitably come across her grave in Resident Evil Village. Your treasure is buried there, but you cannot receive it yet. You are missing the second half of a stone tablet. We’ll tell you where to get it from.

This is where the treasure is buried: Beneviento’s treasure is hidden in her grave. You inevitably pass by there when you want to go to her house. However, you cannot recover the treasure at this point because you need the second half of a stone tablet. How to get the treasure: To recover the treasure, you must first defeat Beneviento in her house. When you have killed the doll maker, you return to the village. There is another grave that was previously inaccessible but is now open. In this grave, you will find the second half of the stone slab. You have to pay attention to this! Once you have collected the stone slab, you can walk back to the grave of Beneviento. But be careful, because a mini-boss appears at her grave.

The ax-wielding monster does a lot of damage, summons several zombies, and can withstand a lot. In our run on normal difficulty, we had to use 2 mines, 6 pipe bombs, 20 shotgun and 60 pistol shots to conquer the monster. You could almost say that this guy is the real boss in the Beneviento area.

This is your reward: if you have conquered him and open the grave, you will receive a golden chalice with a value of 18,000 lei. The mini-boss drops a Kristaline great ax, which in turn is worth 30,000 lei, 2,000 lei more than Lady Dimitrescu’s Kristaline corpse.

Have you already defeated the mini-boss? Did you have trouble killing him? Tell us your tactics in the comments below!