In Rust there are many different explosives: from canned grenades to normal hand grenades and C4 to rockets, everything is represented. Explosives in Rust are mainly used to conquer enemy bases or directly raze them to the ground. But which type causes the most damage?

What you need: Before you start building various explosives, here’s what you need to know: All the following raiding items consume gunpowder. You need to make that first. You can get gunpowder like this: This raid explosive is used by players often and already at the beginning of a wipe. The bullets are easy to produce, cost almost no resources, and tear apart battered bases faster than you can yell “ZERG!”. You need the following number of bullets for the different walls:

To build the spheres you need just 10x sulfur, 10x metal fragments and 20x gunpowder. However, you get 2 Exploiv bullets each time. In total you can stack them up to 128. We’ll show the big advantage of explosive ammo at the end. 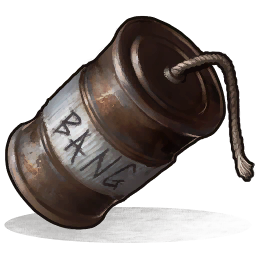 The bean can grenade is an easy-to-build but unreliable explosive. It can lead to unexploded bombs. You need a lot of them to destroy even one wooden wall:

To build these grenades, you need 60x gunpowder and 20x metal fragments. You can carry up to five of these grenades in one slot. (Stack) 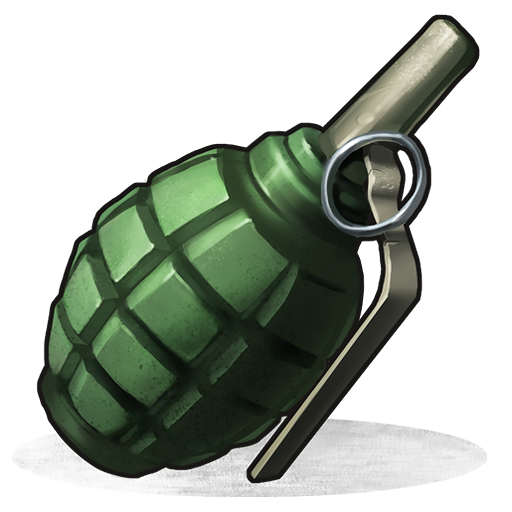 The F1 is similarly easy to build as the can version, but more reliable, so no duds here. The F1 is also less intended to be used against buildings:

The grenade requires 100x gunpowder, 50x metal fragments and 1x feather to manufacture. You can carry up to five F1 grenades in one slot. 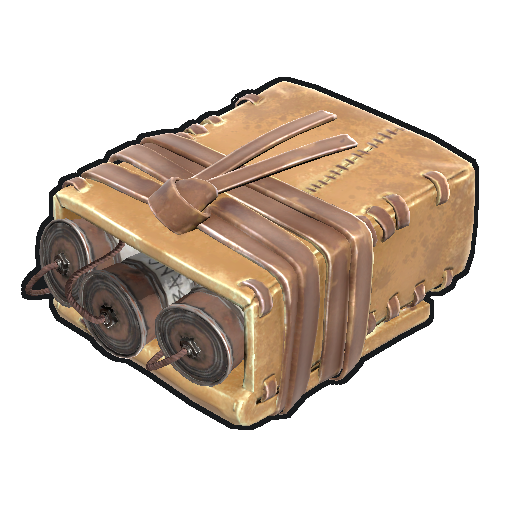 The backpack bomb is more powerful explosive, suitable for destroying foreign buildings. Although there are only 4x can grenades in a backpack, there are no malfunctions:

Now, to build the backpack bomb, you need something more than gunpowder and metal. Namely: 4x bean can grenades, 1x stash and 1x rope. It can be stacked ten times. 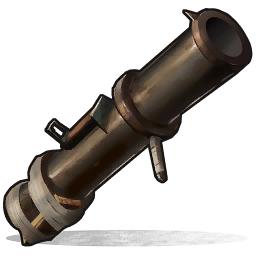 The rocket launcher and its ammunition tear down everything. Normal rockets are the cheapest. The supersonic missile is faster, but does the same damage. Quantity per wall:

The fire missile is used more against people and the smoke missile only for distraction or to interrupt the line of sight. They are also quite expensive and therefore unsuitable for use against walls. 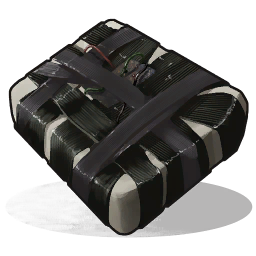 C4 explosives, or time bombs, are the most effective way to blast your way into an enemy’s home. This explosive device is a bit more expensive, but it’s worth it. Quantity per wall:

To build the explosive device, you need 20x explosives, 5x cloth and 3x electric scrap. This explosive can be stacked up to ten times.

Tips for Raiders: How to save Sulfur for Explosives

How does the community raid? Probably the most popular raiding strategy is based on rocket launchers and explosive ammunition. C4 is used rather rarely, as it is very expensive compared to the mass-produced rockets. In addition, splash damage (i.e. damage done within a radius) is reserved for rockets.

To effectively save on explosives, don’t use a full 3 rockets on stone walls, for example. Hit the wall twice and give it the rest with explosive ammo from your rifle. By the way, the best weapon for the raid with explosive ammunition is the MG.

Rust Easter Event has Started: Every Content & How to Activate it on the Server