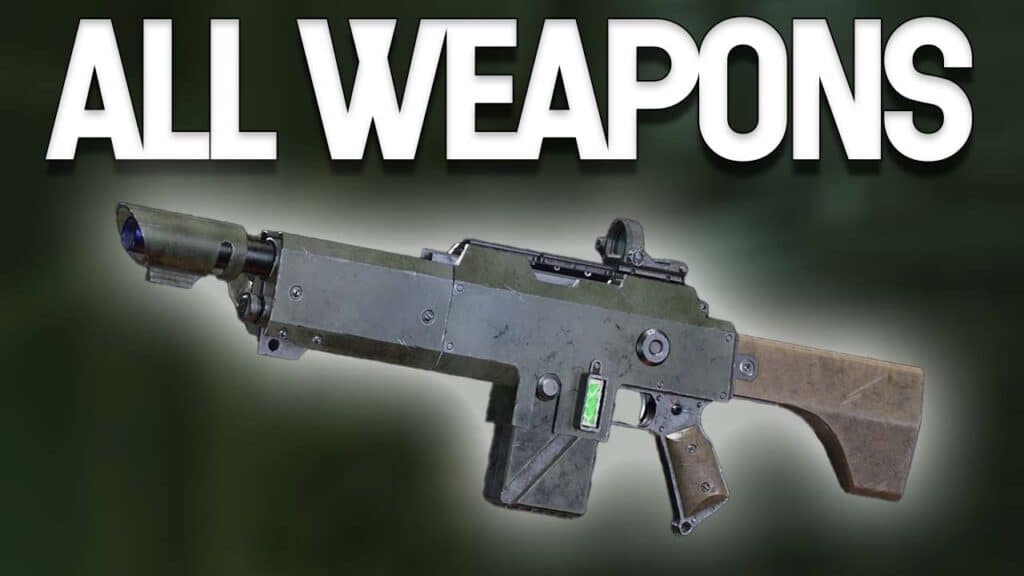 The co-op shooter Warhammer 40k: Darktide has just been released and brings a lot of weapons into the game. We’ll show you all the weapons, and tell you which weapons can be used by which class.

What it’s about: In Warhammer 40k: Darktide, the selection of tools for dismantling enemies is huge. In this article, we’ll give you an overview of all the weapons and also tell you which unique weapons can only be used by certain classes.

These are all Weapons in Warhammer 40k: Darktide

In Warhammer 40k: Darktide there is a large arsenal of weapons. The large number of weapons is divided among the four classes: Orgyn, Psyker, Zealot, and Veteran. Each of these classes has some unique weapons that can only be used by that class. We’ll first give you an overview of the 17 melees and 21 ranged weapons, and then introduce you to the exclusive combat equipment of the different factions.

Firstly, here is an overview of all the weapons in Warhammer 40k: Darktide:

All Weapons for the Orgyn Class

If you play as Ogryn in Warhammer 40k: Darktide, you’ll also take on the role of the tank. This big mountain of muscle brings out the big guns and simply runs over the enemies. Here you have the list of weapons that can only be played by the Ogryn class:

All Weapons for the Zealot Class

As a Zealot, you rely on close combat with your giant hammer and greatsword. You’re aggressive and want to optimize the in-out tactic to deal big damage to enemies quickly and then retreat again? Then the Zealot is for you, and here’s a list of unique weapons that can only be played by the Zealot class:

All Weapons for the Psyker Class

You don’t want to miss out on fantasy despite the dark sci-fi adventure. Then the Psyker class is just right for you. As a sci-fi mage, you’ll make your opponents’ heads explode, play with unique futuristic wands, and still have the option to be active in close combat. This versatility makes you an important asset to your party. These weapons are exclusive to you as a Psyker:

All Weapons for the Veteran Class

None of this really appeals to you, but you like to keep an overview and act from a distance? Then play as a veteran in Warhammer 40k: Darktide. This is the classic shooter faction. You’ll shoot with pistols and rifles, which bring the highest precision. Here you have a list of all the weapons that are exclusive to the veterans: