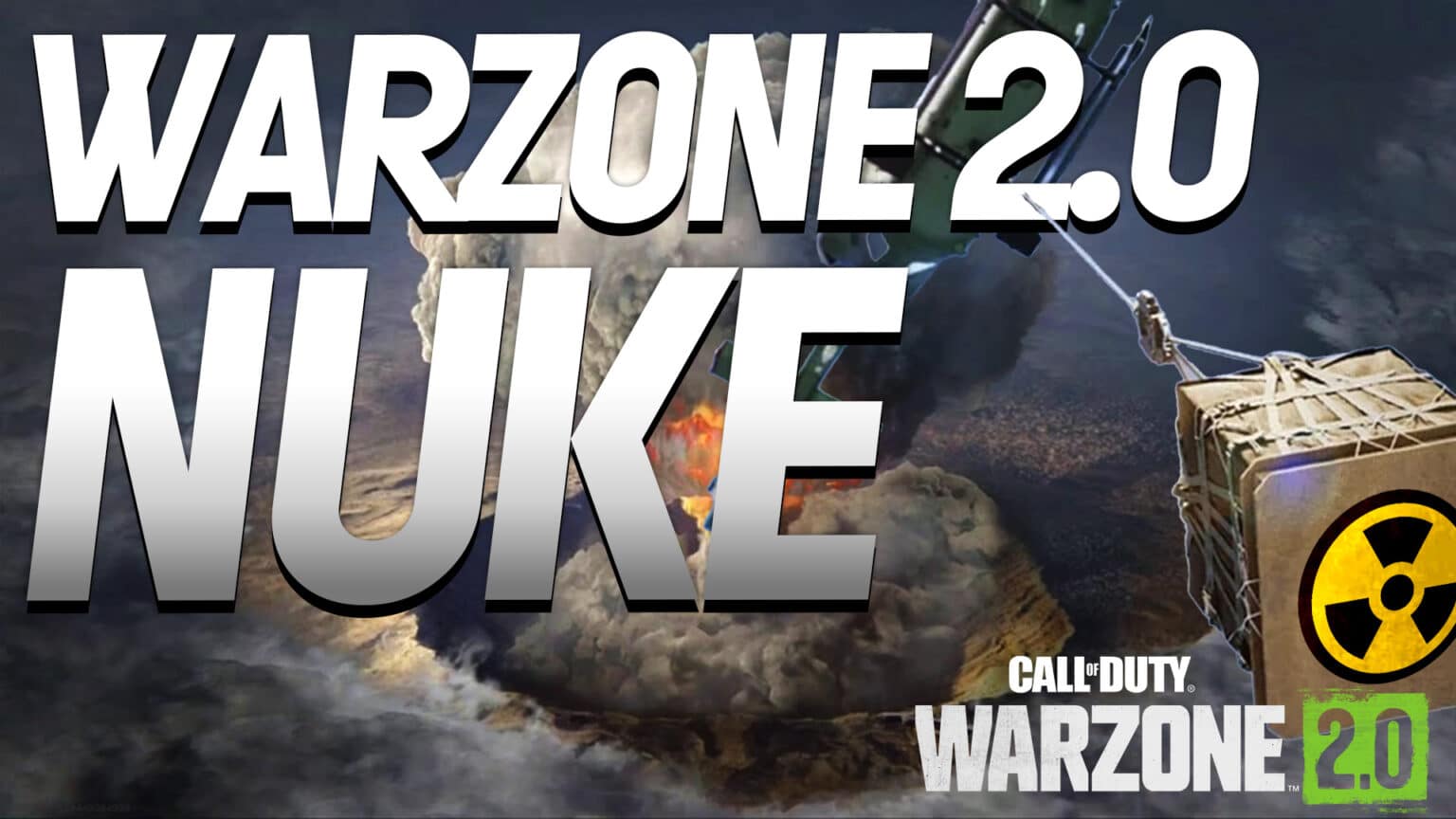 Warzone 2.0: How to Activate the Nuke in Al Mazrah

Probably the biggest challenge in Warzone 2.0 is activating a nuke. In addition to a winning streak, you also have to complete other tasks. We’ll explain how triggering a nuke will instantly win your current round.

The Nuke in Call of Duty: First appearing in the old Modern Warfare 2, the Nuke or Tactical Nuke is a Killstreak that made it into various Call of Duty Games. Usually, you have to shoot down between 20 and 30 enemies in one life to activate the Ultimate Killstreak. There were also rumors about a nuke in Warzone 1, but the only confirmed nuke there was the event at the end of Season 2. However, in Warzone 2.0, there is now a usable nuke, and we will tell you how to activate it.

How to unlock and Activate the Nuke in Warzone 2

Getting five wins in a row isn’t easy, but you must complete even more challenging tasks to activate the nuke. Anyone who meets all of these requirements deserves to win the round with a nuke in our eyes.

That’s how you Win the Game in Warzone 2.0 with a Nuke

Using a nuke in Al Mazrah is very challenging and unlikely to be achievable for beginners and casual players. The level of difficulty of the tasks is so high that very few teams will bother to end the game with a nuke. In addition to a winning streak of five Warzone games, you and your team must master a particularly difficult task in the following game.

If your team has achieved five victories in a row, you can accept the “Champion’s Quest”. You can recognize it by the yellow symbol on the map. You then have to collect three different materials that are scattered around the map. Every material has a negative effect. The first reveals you to all players on the map. The second damages you and your nearby teammates, and the third jams your radar.

When all the materials have been collected, you will be told the location of the bomb at the beginning of the fourth zone. The materials must now be handed in there. You then lose all the negative effects of the materials while completing the bomb. When the bomb is armed, the bomb site is revealed to all players on the map. Now they have 2 minutes to cross your plans and defuse the bomb. If you defeat all players, the nuke goes up after two minutes, and you win this round.

Author’s tip: Even after more than ten safe extractions in DMZ mode in a row, there was no sign of such a Champion’s Quest. The nuke is probably only available in Warzone 2.0.

Rewards for winning a round with a nuke

Will you try to nuke with your team in Warzone 2.0, or is it not worth the effort? Write it to us in the comments!