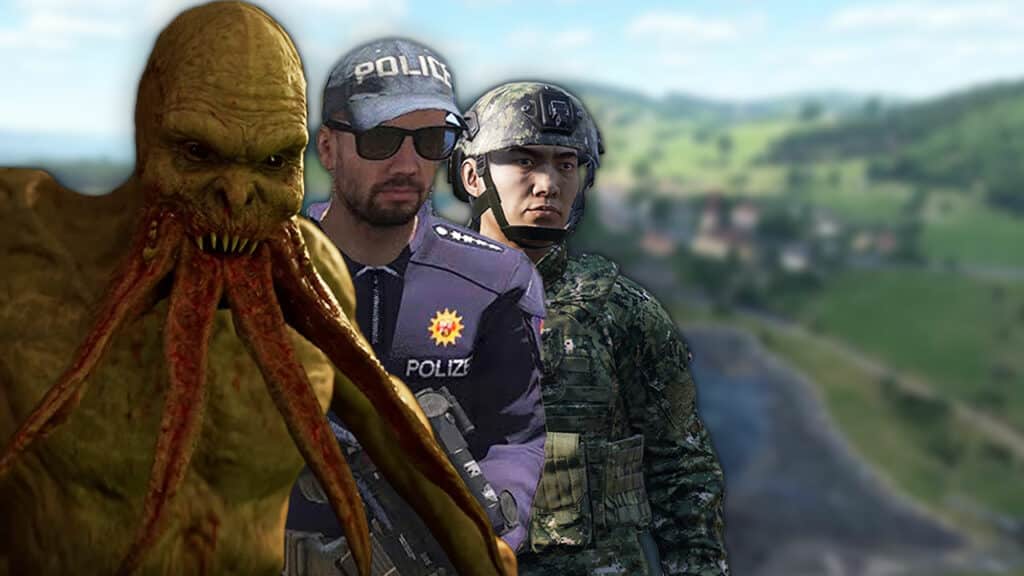 Arma Reforger doesn’t offer much content out of the box. However, the community is already busy developing incredibly cool new mods and remakes. Guided editor Kevin Willing tells you what’s in store for Arma fans in the coming months.

What’s to come: If you bought Arma Reforger at release a few days ago, you will have noticed the lack of content. Apart from exploring the idyllic map and its secrets, there’s not much left. The military simulation is launched with just two game modes, two factions and one map. There are neither helicopters, nor boats, nor tanks. On all these fronts now attacks the modding community of Arma.

This already exists: just a few days after the surprising launch of Arma Reforger, there are countless modifications. If you count all useful and real mods together, you come to about 160 mods. And what is offered is amazing:

Joining this mod variety are such notables as Bloodlust 2.0. Bloodlust is a mod that adds gore effects to the game — that is, blood and wounding effects. But what can you expect in the future?

What is this mod? Arma Life, or Altis Life, is the granddaddy of modern online RP, which is currently leading into GTA-V RP. Back in 2014, thousands of players gathered on servers with poor performance. Connoisseurs will surely remember picking peaches, mining ores, shootouts with the police or the never-ending citations to the admin TS.

Whether you love or hate Arma Life RP, it has made the Arma series accessible to a whole range of new players. If you’re into role-playing games, you want to cause terror with your rebel clan, or you want to get richer and richer; Arma Life is perfect for you!

When is the mod coming? Already there is a framework that many modders are working on together. A few minutes ago (May 20, 2022) we already tracked down the first server file. It’s called Diamonds Life and can already be downloaded from the internal workshop.

What is this mod? Oh please, do we have to explain? Alright, for the sake of completeness! DayZ is known as one of the great survival games. But it all started almost exactly 10 years ago in June 2012, when the Arma 2: DayZ mod saw the light of day and inspired millions of players.

Survival here is tough — cold, wet, hunger, plagues, zombies, wild animals, other players: all this makes up the survival part of DayZ. There’s also base building, raiding and trading on the PC. There is a suitable DayZ server for every type of player.

Now, DayZ is apparently coming back as a mod for Arma Reforger. Funny, considering that the DayZ standalone was the first game to use parts of the new Enfusion engine. A variant of DayZ in a complete Enfusion outfit could even iron out bugs from the full version.

When is the mod coming? How long it will take until the DayZ mod for Arma Reforger is playable remains unclear for now. So far, however, there are already some password-protected servers that are testing, adapting and further developing an early version of the mod.

What is this mod? Armstalker is a project whose developer has brought the S.T.A.L.K.E.R. experience to Arma 3 and DayZ. In a recreation of the semi-open world of Stalker, you’ll face the familiar dangers:

Stalker itself is set in the exclusion zone around the Chernobyl nuclear power plant, in the city of Prypyat and the surrounding villages. Here you join one of six factions and fight against the mutants and other factions. The goal is to recover valuable, mysterious artifacts from the zone. And that’s exactly what Armstalker is about, only soon in the guise of Arma Reforger.

When is the mod coming? The Armstalker 2 mod is currently still at the beginning of its development. So you won’t find any servers in the server browser yet.

How do you actually find mod servers in Arma Reforger?

This is a good question with a simple answer. All you have to do is go to the workshop, download the appropriate mod, and then search for the appropriate server. The best way to do this is to simply enter the mod name in the search filter.

At the moment you won’t have much success finding a DayZ server or something similar. Most mods are in their infancy and are expected to hit in the coming weeks to months. Currently, the community adds about 50 mods daily, so there is something for everyone here. There are already many mods that you can try out in the single player.