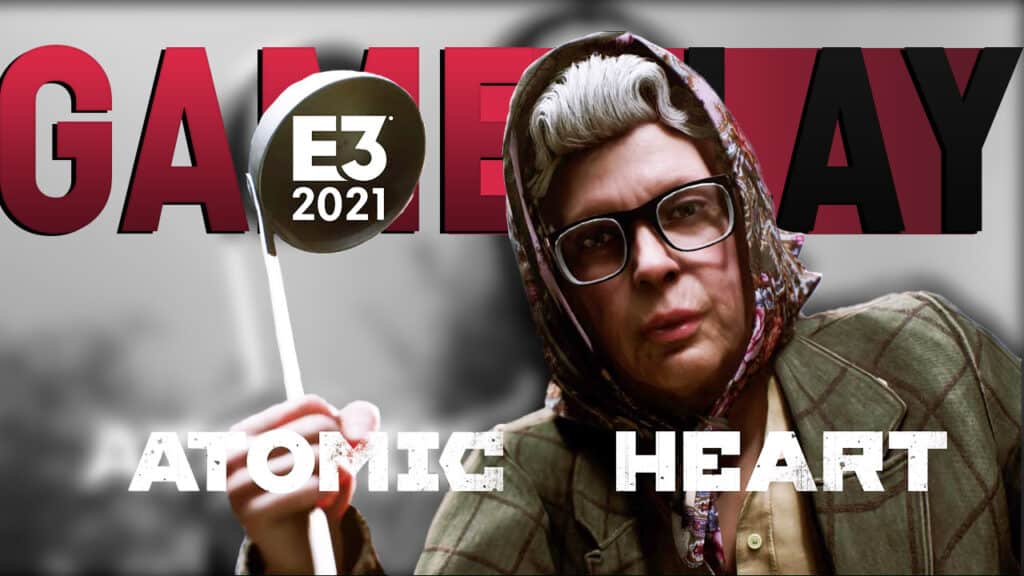 Atomic Heart, a curious mix of role-playing game and shooter, is being treated as the next Bioshock by fans and the press, but so far there has been no trace of a real gameplay trailer. But that changed at E3 2021.

What is Atomic Heart all about? Atomic Heart is an idiosyncratic mixture of first-person shooter and role-playing game. The title is reminiscent of Bioshock visually and in terms of the scenario. The developers of the Russian studio Mundfish announced the game a while ago. However, they have only just released their first gameplay trailer for the game.

What does the trailer show: The trailer shows various battle scenes as well as excerpts from rendering sequences. The focus is also on the bizarre setting of the RPG shooter. Because it plays in an alternative past of the USSR of the 50s, which visually reminds of a mix of Bioshock and fallout.

Humanity has already developed the internet, robots, and holograms in the reality of Atomic Heart, which is reflected in both the setting and the gameplay of the game. We slip into the role of a KGB agent who is supposed to investigate the system failure of a factory.

We not only have various wacky weapons at our disposal but also special powers. Because we can – similar to Bioshock – shoot lightning bolts from our hands, for example. With this, we defend ourselves against numerous crazy robots that are after our character.

A car ride can also be seen in the Atomic Heart gameplay trailer. However, we do not know exactly whether this is a script sequence or whether we can freely control the car in the game.

When will Atomic Heart be released? The release date of Atomic Heart is not yet known. The only thing that is certain is that the title will be available for PC, Xbox One, Xbox Series X|S, PlayStation 4, and PlayStation 5.

A certain amount of skepticism remains, however: The developers of Mundfish have so far only published one game, the flopped (because miserable) Soviet Luna Park VR. Our editor Kevin Willing already expressed legitimate doubts about the feasibility of the game after the announcement of Atomic Heart in autumn 2019. So it remains to be seen to what extent the title can really become the spiritual Bioshock successor that the fans are hoping for.