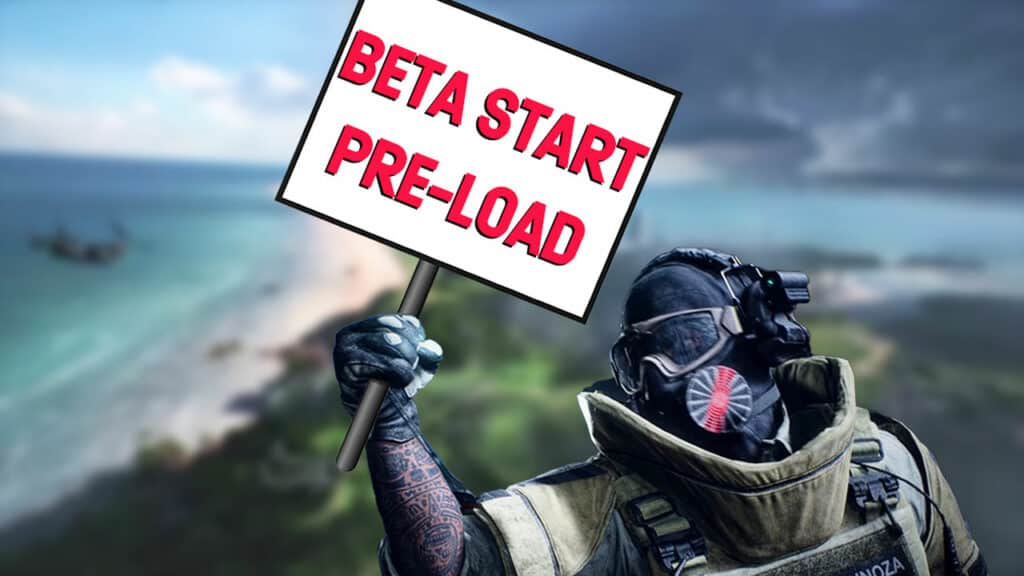 Some leaks have passed, and now we finally have an official beta date for Battlefield 2042. Tom Henderson’s leaked dates are basically correct, but not exactly — why are you going to find out now!

What happened? First the german Lets Players Pietsmiet were talking about a Beta start for Battlefield 2042. Then another leaker jumped onto this. As it turned out: Pietsmiet were wrong, the leaker can’t read and Henderson was not right too — or was he?

The beta dates for Battlefield 2042 are now set. Tom Henderson was not entirely right about his leak from two weeks ago. He missed the correct date by two days… but whatever there we go! We have an announcement to make:

When does the beta start? Shared on Twitter, spread on Reddit: The release date for the open beta of Battlefield 2042 is currently spreading like a Covid-19 – too early?
The early access beta should only start on Saturday. Shortly afterward, on September 6th, all users should have access to the beta.

According to ever green Leaker Tom Henderson, we can expect an official announcement between August 31 and September 2. Then it becomes clear whether the various sources are right. Because not only PietSmiet has thrown around with this date and their stream plan does not even have to testify to exclusive knowledge.

The colleagues at GamingIntel are also reporting this date as the start date (via GamingIntel.com). The Let’s Players could just have taken this for granted without knowing more.

Battlefield 2042 dates (not the actual dates anymore — look for the update):

Originally, the Battlefield 2042 beta was scheduled to start on September 22nd, 2021. Due to the postponement of the game release to November, which was officially confirmed yesterday, that is now changing. Well-known insider Tom Henderson now gives the new date:

In the meantime, the leaker of the original dates has called himself out. He had to admit that he was wrong. The reason was that he misinterpreted the date “2021.06.09”. After him, he thought he knew that on September 6th, 2021, the date means June 9th, 2021 – the day of the reveal.

Here’s what you should expect: so that no one is disappointed, we’d better mention that this is not an official confirmation. On the contrary: Nobody can give a start date for Battlefield 2042 at this point in time.