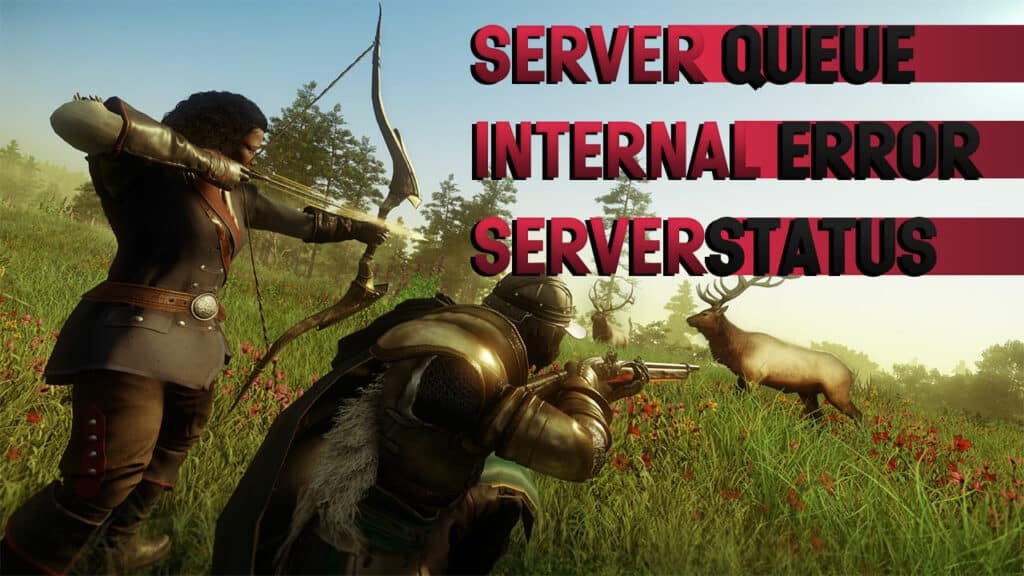 Amazon’s new MMORPG New World started on September 28th with a huge crowd of players. The wave was so enormous that thousands of players are still stuck in the queue for hours. Errors that simply kick players out of the queue also hinder the start. Now Amazon promises improvement.

That’s going on: Amazon’s New World has started, and the huge rush of players has literally brought the servers to their knees. It is not uncommon for the number of players waiting on the servers to run into the thousands. Amazon praises improvement in a recent statement.

The queue in New World

Anyone who took extra time off at the start of the new MMO from Amazon may have been a little disappointed. If you weren’t lucky enough to get on one of the many servers in time, you had to expect long waiting times. For a position of 2000, the waiting time was about 2-3 hours.

Many players just wanted to log in, as the rumor got around that previously logged-in players would be prioritized in the queue. However, we could not confirm that. By midday on September 28th, some servers were already so full that the position in the queue was almost 20,000.

And even now, at the time of this article, 16 hours after the official EU start, players can sometimes expect a position of 6000+. A waiting time of about 6 hours. However, if you manage to make it onto a server, you can usually expect the game to run smoothly.

What kind of error is that? Many players report a very specific error, the “@mm_loginservices_internalservererrorexception” error. This is an error within the login server and simply kicks the players out of the queue.

Especially annoying when players have been patiently waiting for the login for hours. Amazon has also switched off the login server in the meantime, but they have been online again for a few hours.

What can you do? If you get this error, it is not due to your hardware or your internet connection, but to the Amazon login servers. In this case, unfortunately, you have no choice but to try the login again and again.

If you want to know how your favorite server is doing, you can check out Amazon’s official server status list.

In a statement from Amazon, they promise to fix the issues, so all players in New World can have fun. The solutions look like this: 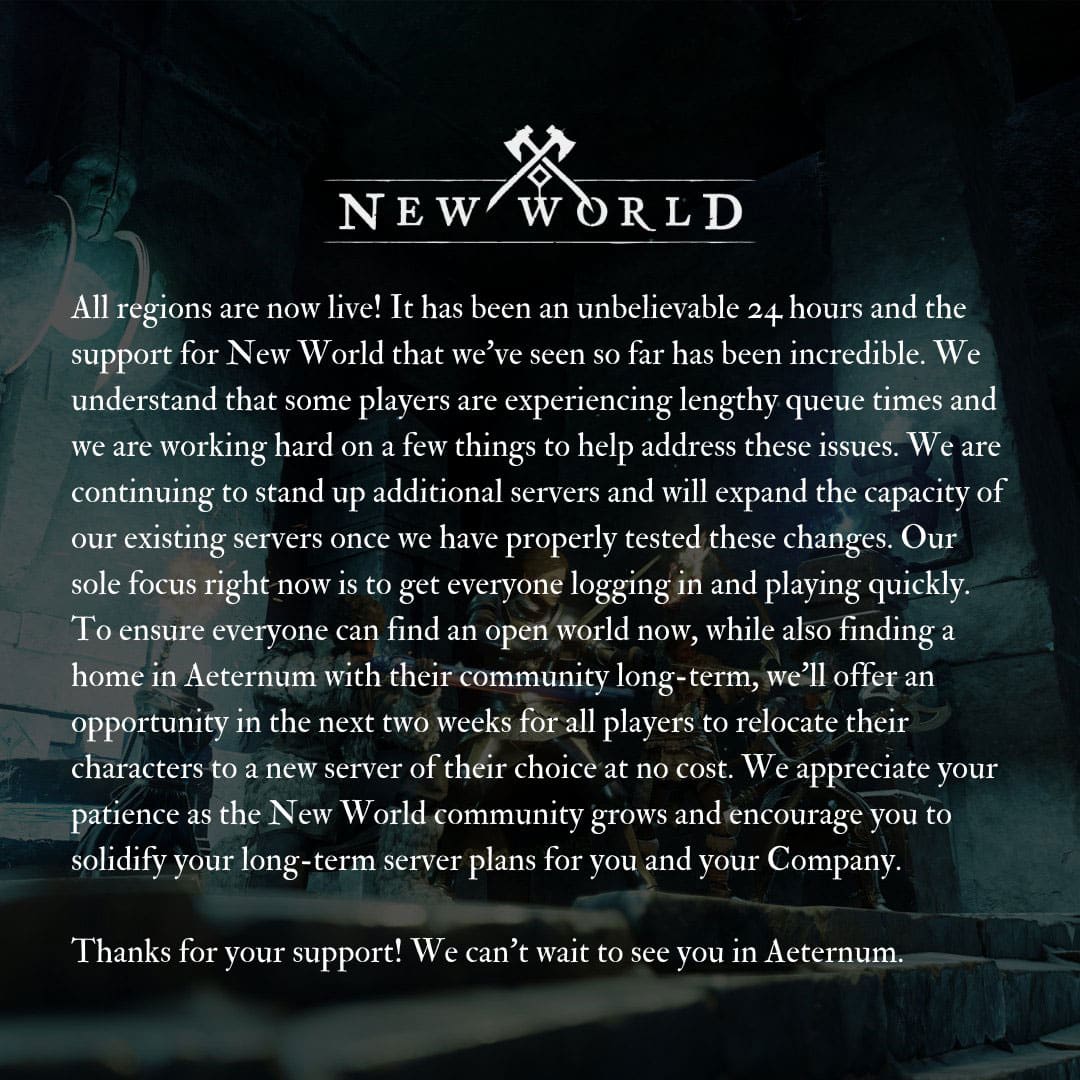 Amazon has not yet revealed when the server capacities will be increased. But that shouldn’t take long. Server issues aside, Amazon handled the launch of New World well and gamers seem to be enjoying it. At least for those who could already play. A Steam rating of 43%, however, speaks for itself as far as the opinion of the waiting players goes.

It remains to be seen whether New World will have to deal with such storms and problems in the next few days. We stay tuned for you!