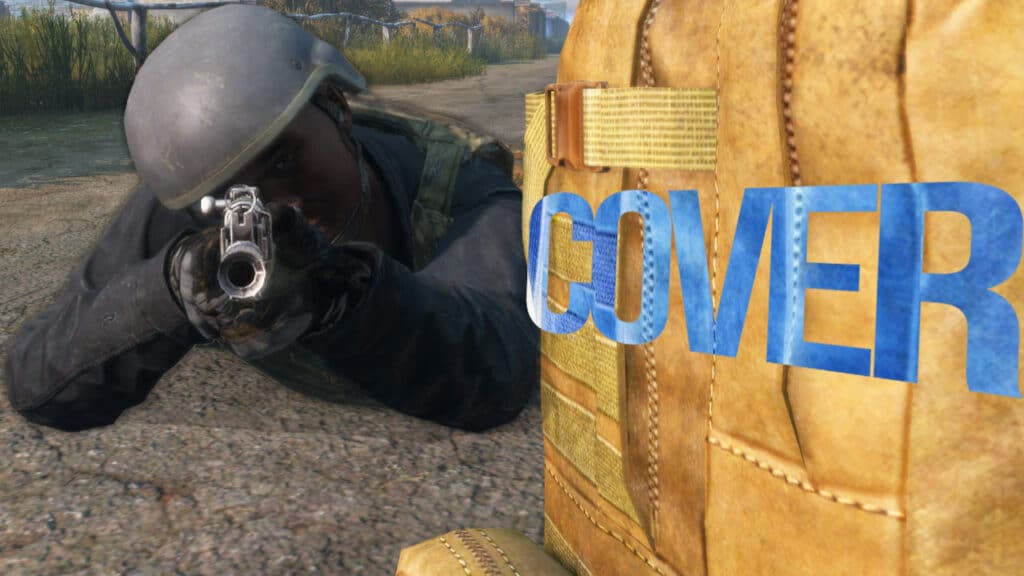 In DayZ, there are backpacks that are actually completely bulletproof. Additionally, there are other methods of carrying a personal shield, which we also asked the developers at Bohemia Interactive about. All about the mobile cover, bulletproof backpacks & the possibility of everything being fixed — now.

What’s it about? In the current DayZ version 1.19, there are 16 backpacks you can find. A full six of them are bulletproof and cannot be penetrated by any weapon in the game. In addition, the inclusion of hitboxes, the items you carry in your hand, sometimes provides crazy and unexpected protection from enemies. We’ll now tell you which backpacks serve as mobile cover and why certain items in your hand become gigantic shields. We also got in touch with the developers to find out more.

Backpacks & tools in DayZ become mobile cover – is that intentional?

These backpacks work: Of the current 16 backpacks available, you can set up six different ones as mobile cover. You drag the backpack onto a quick-dial bar so that you can get there quickly when you’re being shot at. If shots are fired at you, press the corresponding shortcut key and throw the backpack on the ground with the G key. Now immediately lie down on the ground behind it.

The kicker is that backpacks in DayZ don’t actually have a hitbox once you’re carrying them on your back. If you throw one of the equal following backpacks on the ground, they get the previously missing protective properties:

Which backpack is the best mobile cover? Since the Taloon, Jute and Fur Cloak Bag, and Combat Backpack have a very small hitbox, you should not rely on them. The two best backpacks you can build as mobile cover in DayZ are the Tactical Backpack and the Field Backpack. The two can also be subdivided, and it becomes clear that the Tactical Backpack wins the race because it has the biggest hitbox of all the backpacks and clothing.

By the way, the hitbox here is bigger than the backpack itself, as you can see in Wobo’s video. So you can get past your cover and not get hit. On modded servers on PC, you can just buy the backpacks and carry them around. On vanilla servers, however, it gets tricky, because here spawn rate and luck decide whether you find one of the two backpacks in DayZ.

These are the spawn rates of the backpacks: So let’s assume you are playing on console or PC vanilla. In this case, you’ll have to get lucky and find one of…

… you can find. There is simply nothing more!

Items in your hand also protect you from bullets – How does it work?

Not only on the ground, but also in your hand, backpacks protect you from bullets. Other objects like car radiators or weapons also have a hitbox. If you hold one of these items in your hand, however, the hitbox is further back or even under the actual object. Again, YouTuber Wobo shows you which items are the best to protect yourself against attacks.

We asked: What do the developers say about the “shields”?

Guided.news asked the DayZ developers at Bohemia Interactive about the above-mentioned “mechanic”. According to one of the producers, the hitboxes are a known problem. The studio already knows about this bug, which miscalculates the position of items placed in the hand.

Yes, it’s a bug, we know about it and it’s on our list of things to fix.

The producer did not tell us if the mobile covers and item shields in DayZ will already be fixed with update 1.20. Possible further innovations & adjustments in the next DayZ update can be found here: Will Update 1.20 be Released in 2022 & What’s in it?