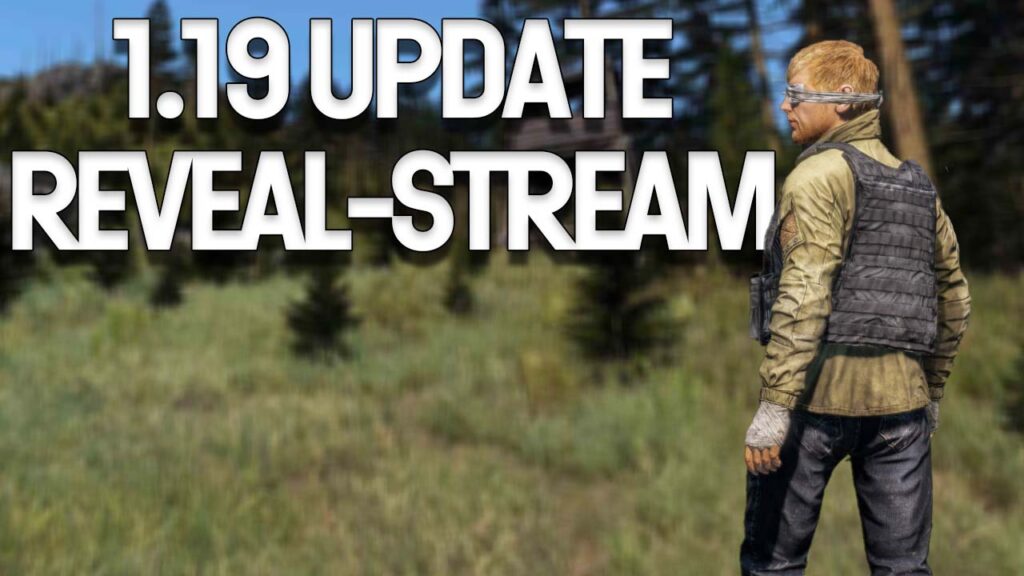 The developers of the zombie survival classic DayZ have announced a reveal stream for the highly anticipated 1.19 update on September 21, 2022. We’ll tell you what new content the announcement reveals.

What it’s about: Already at the end of August, developer Bohemia Interactive presented new information about the 1.19 update for DayZ during a livestream. This was especially about the new content for the DLC Livonia and the new vehicle physics. A few days ago, there was a teaser, which suggests underground bunkers and even military trucks. Additionally, it was announced that already on September 22nd, the new version will be available for the test servers on PC and Xbox. What the new announcement tells us about further content, we explain to you now.

This is what the announcement about DayZ Update 1.19 reveals

On Twitter, the developers have announced the Reveal Stream for September 21, 4pm CEST. In addition to Marketing Manager Matěj Smrček, you can discuss with DayZ Creative Lead Adam Franců on stream. Upon closer inspection, we noticed a few hints of additional content that are more or less well hidden in the post on Twitter.

The Eye Patch: What particularly catches the eye (haha) is the eye patch that the character in the picture is wearing. Possibly it’s just a stylish accessory or a way to cure possible eye diseases. However, as we know from DayZ, clothing in the head area sometimes severely restricts the view. If and how this will be the case, we will hopefully find out on September 22.

Black Plate Carrier: A small but nice change is the black plate carrier. Until now, this was only available in beige/brown. In the picture, however, the character is wearing a black plate vest.

Bandage on the Hand: Who doesn’t know it? You quickly slip down a ladder, take out an animal or have a fist fight with a zombie and a short time later you have once again injured and infected. So far, only a pair of gloves protects you from such injuries. But you rarely have them at the beginning. Apparently you will be able to make gloves out of bandages in the new update.

Mining Corp. shield: The most obvious hint is the Mining Corporation shield in the background. Already in the teaser a few days ago a bunker exit was shown. Maybe this will finally bring mining shafts into play and confirm the rumors about underground facilities in DayZ.

You want to join our community and discuss about DayZ? Then join our Discord server or visit us on Facebook, we are looking forward to you!