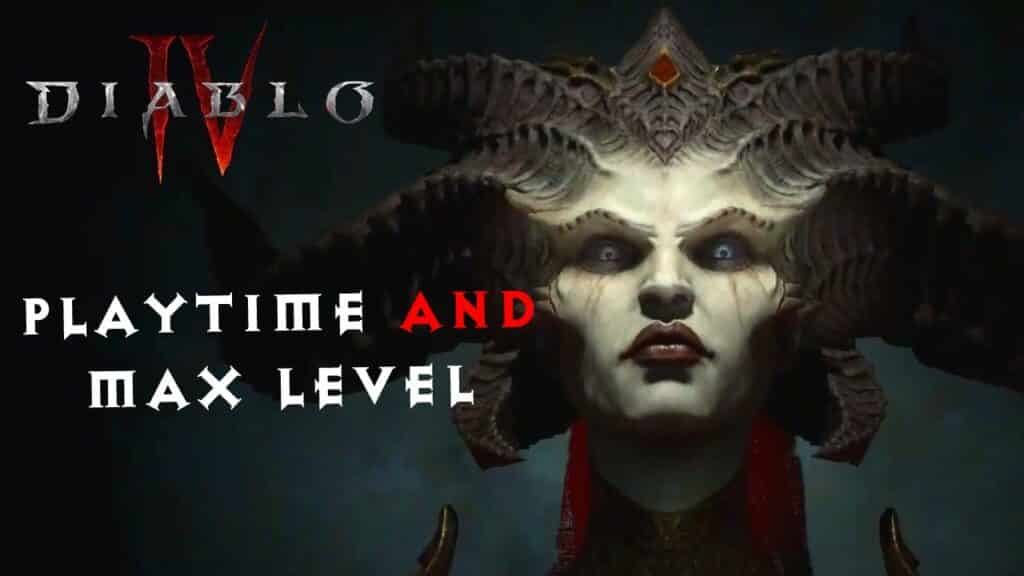 Just a week ago, we got a whole slat of news about Diablo 4. In addition to the trailer for the final Necromancer class, new gameplay content, and information about the open world, it is now also known how long the Diablo 4 campaign will be.

This is what happened: Game Director Joe Shely revealed new information about Diablo 4 in an interview with Gamespot after the Xbox and Bethesda Showcase. In the interview, for example, he reveals the length of the story campaign, the maximum level, and information about the endgame.

The greatest Diablo campaign ever

While you got to the end of the campaign after about 20 hours in Diablo 2 and 3, you will need about 35 hours in Diablo 4, according to Shely. The numerous figures and characters that you meet on your journey should be more human than ever. Shely again strongly emphasizes the open-world character of Diablo 4.

„You can travel anywhere and always decide for yourself what to do next, whether or not you want to follow the campaign, an approximately 35-hour experience that is packed with stories and characters that are truly human and with whom you can easily connect on an emotional level can. We’ve worked really hard on the Diablo 4 campaign and are very proud of how it turned out.“

Diablo 4 should not only inspire die-hard Diablo fans and grinders, but also those who prefer to explore the open world comfortably and independently.

This is the maximum level in Diablo 4

In addition to the campaign duration, Joe Shely also revealed the maximum level for players. The final level in Diablo 4 is 100. However, leveling is not linked to the story. According to Shely, you will be around level 45 after completing the final campaign mission.

Shely didn’t reveal how long it takes to get a character to level 100. However, it should be clear that it will take some time to reach the highest level. With the various endgame content, some of which is still being worked on, such as the new bounty system “Tree of Whispers”, the Nightmare dungeons, or the extensive Paragon system, there is plenty of variety.

The new Paragon system will be huge and complex

The changes to the Paragon system in Diablo 4 have been known for some time. Unlike in Diablo 3, you can no longer collect unlimited Paragon levels in the new part. Once your character has reached level 50, you will receive four Paragon points for each additional level up (one for every 25%). So you can collect a total of 200 Paragon points. At level 100 it’s over.

You can distribute the points you have collected on the Paragon Board. The Paragon board is a large grid of numerous tiles. Each tile offers different attributes or abilities, e.g. plus 5 strength or buffs that increase your skills.

You can only activate tiles that are connected to a tile that is already active. So there will be countless opportunities to expand the individual classes, Shely enthuses in an interview:

„That’s one of the things we really love about Diablo 4. For example, even if Joe and I both want to play a Whirlwind Barbarian, we can still have completely different builds.“

Would you like to join our community and discuss Diablo 4? Then join our new Discord server, we look forward to seeing you!