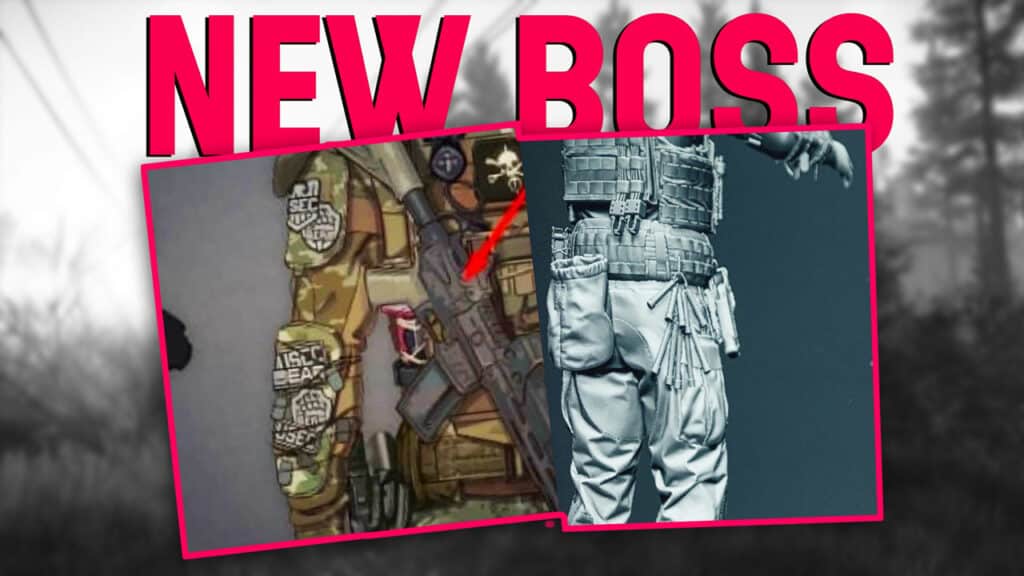 Escape From Tarkov is currently relying on jet propulsion when it comes to content replenishment: Once again, a new boss is apparently on the verge of completion – and damn it, he’s hardcore.

A new boss in Tarkov? At the beginning of last week, developer Battlestate tweeted a lot and extensively about current work steps and progress (via Twitter.com). The many posts also show pictures from the office and from the monitors of the employees. Not a coincidence, as it turns out because a new boss is officially waiting for us. He is already the seventh boss in Tarkov:

This is what the boss looks like: At the beginning of last week, the developers shared a concept artwork for a new boss. There is no face to be seen here and only a section of his torso. However, the design of his uniform speaks for itself: this guy is not to be trifled with.

He is equipped with the latest weapons, has a skull patch on his chest, and is a member of the USEC. There are many gadgets, glow sticks, and tools on his pockets.

What really stands out is his armor. The as-yet nameless new Tarkov boss has a conventional vest, but also pieces of armor on the shoulder, upper arm, and forearm. Dog tags from dead PMCs are wrapped around his arms. Not just two or three, no countless.

What does that indicate? The design and armament of the new boss in Escape From Tarkov suggest that he is very dangerous. The new boss could be a PMC killer who is targeting players – but that’s just our guesswork.

When and where is the new Tarkov boss coming?

Players suspect this map: Below the corresponding tweets, fans already suspect on which map the new boss will appear. Because of his skull patch on the chest, some fans suspect that he belongs to the car trader on Streets of Tarkov. On closer inspection, however, it becomes apparent that the symbols differ too much.

Lighthouse is also often mentioned. Work on the new one is in full swing. As the developers announced a few months ago, Lighthouse should appear before Streets of Tarkov.

When is the boss coming? Unfortunately, we cannot say anything specific about this. The only indication of the boss’ first appearance would be the announcement on which map he will spawn. If this is Lighthouse, nothing stands in the way of a release in 2021. The same applies of course to cards that already exist. However, these speculations are not a guarantee!