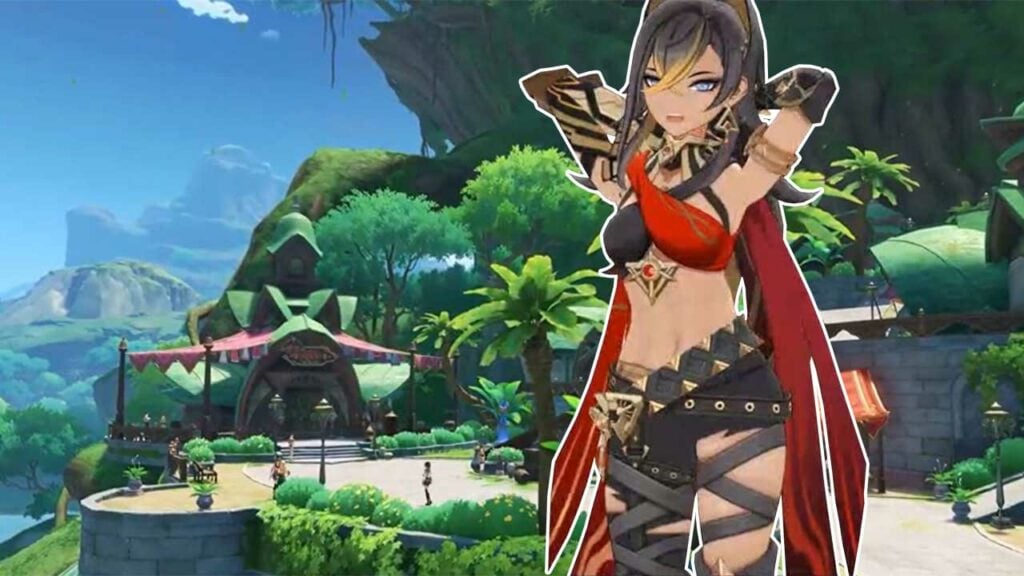 Genshin Impact 3.0 not only adds the new Sumeru region, but also a seventh element to the game. So far we have primarily had information from leaks, but today, July 9th, a new preview trailer was released showing The New Element and the new game world in action.

This is coming with the Genshin Impact 3.0 update

This is new: Genshin Impact 3.0 gets a new region called Sumeru. This is then the 4th region, which joins the previous locations Mondstadt, Liyue and Inazuma. A new element Dendro (grass element), which we get to see at some points in the trailer, will also be added with 3.0.

In the short clip, the developers explain that Dendro will be the last piece of the puzzle for the seven elements in Genshin Impact. Dendro will consist of three keywords: Catalysis, Wisdom, and Life. These three keywords will likely also be reflected in the elemental reactions, level design, and environmental mechanics within Sumeru.

New characters will also be added with 3.0, among which are expected to be the first Dendro users, such as Al-Haitham.

An exact release is not yet known, the next thing we can look forward to is version 2.8, which will be released on July 13th.