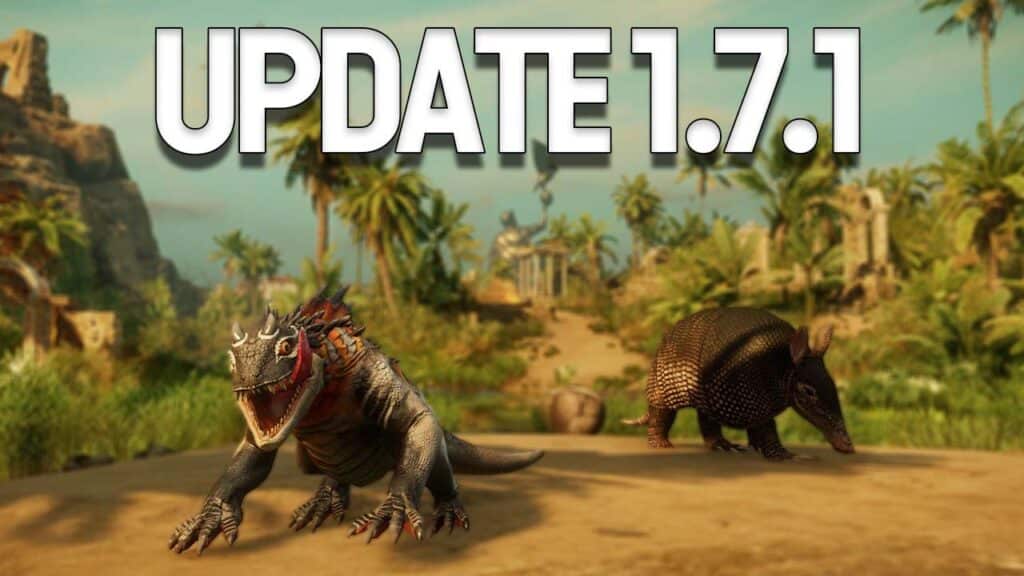 After the big Brimstone patch for New World, a somewhat smaller patch follows with update 1.7.1. However, it brings a number of fixes for the entire game, but also explicitly for Brimstone Sands. We’ll tell you about the most important changes and all the patch notes.

What it’s about: With the release of the Brimstone update, minor bugs were also added to the game. With the update 1.7.1, some of them were directly fixed again. We’ll now tell you what these changes are and what else has been changed.

There have been some improvements to the Brimstone Sands expansion. For example, there are more dialogs with Tomash and Ghazi, which give the player more information for the quest “A Selfless Nature”. The prerequisites for this quest have also been adjusted.

Additionally, the amount of Iron Hides you get when you skin a Valley Lizard has been reduced, and you can also no longer build a camp near the quest location of “Brimstone Under Siege.” In addition, the “Demon’s Cauldron” quest has been fixed. Some players were teleported back from the crystal until last.

Besides the Brimstone patches, there are also some other changes. Probably the most important one is that sulfur farming has been made more difficult. You now get less sulfur when mining sulfurwigs.

These are the Patch Notes for New World Update 1.7.1

Since this is a fairly small update, with a lot of small fixes, we have listed here in detail again the entire patch notes in the original.