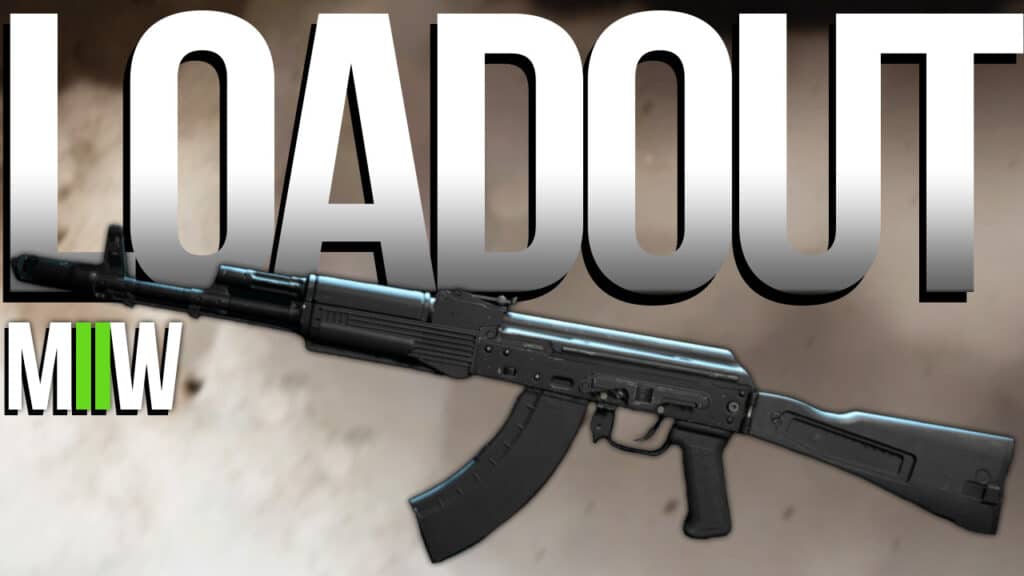 One of the most powerful assault rifles in Call of Duty: Modern Warfare 2 is the Kastov 762. We have put together a suitable loadout for you to get the most out of it. This weapon loadout guide also shows you which perks, secondary & gadgets you should take with you for the Kastov 762.

What is this weapon? The Kastov 762 is one of the most famous assault rifles in the world because it is based on a variant of the AKM. It is known as the AK-47, AK 74M, or Kalashnikov. Blessed with a high penetrating power due to the large caliber and almost indestructible, the AK can be found in almost every shooter. Probably the most significant disadvantage is its relatively high recoil and a slightly lower rate of fire. In our Modern Warfare 2 multiplayer loadout, we’re increasing recoil even further, increasing the magazine and reducing the time to aim. This makes the Kastov 762 perhaps the most powerful assault rifle in Modern Warfare 2.

The Best Loadout, Perks & Attachments for the Kastov 762 in Modern Warfare 2

While Kastov’s recoil isn’t easy to control without attachments, the attachments we chose to amplify it even further. We ensure this with the 342MM Sakin KL barrel, the Markeev R7 Stock, and the True-Tac Grip for an extreme reduction in the time you need to aim. The Operator Foregrip improves hip fire if you don’t have enough time to aim accurately. As a final attachment, we picked the 40-Round Mag so that you have a few extra bullets when it’s going to get tough.

Perks & Equipment for the Kastov 762Loadout in MW2

Modern Warfare 2 has countless perks and perk packs that you can select from to get started quickly. However, for this class/loadout, we recommend creating your package. If you haven’t unlocked the necessary perks yet, go for the “Phantom” perk pack. Otherwise…

Choose these perks for the best Kastov 762 Loadout in Modern Warfare 2:

We recommend Scavenger as a basic perk since you have limited ammo capacities. You should also use Battle Hardened to be less affected by enemy flash and stun grenades. Both perks and the selected attachments support an aggressive play style.

To get from one fight to the next even faster and more effectively and mow down rows of opponents, you should use the bonus perk Fast Hands, which allows you to reload and switch weapons faster. Quick Fix is the perfect ultimate perk to round off the loadout because it gives you a small amount of health regeneration for each enemy you kill, which you can boost by capturing and holding targets. Perfect for staying alive in long fights.

Which field upgrade, Tactical and Explosive Grenade, should you choose?

When selecting your gadgets for the Kastov 762 loadout in MW2, we leave you with a few customization options. In general, we recommend the Molotov-Cocktail, as you can use it to heat annoying shield bearers or to block paths. But the Drill Charge is also a solid choice for clearing rooms or areas behind cover, for example. In the best case, the opponents move directly in front of your barrel.

We prefer the Stun Grenade to stun enemies in the cover or behind corners as a tactical item. This makes the subsequent push in their direction easier, and you can usually take out some opponents with little return fire. However, if you lack health on the way to the high killstreak, you can also use Stims here.

It would be best if you took the Battle Rage with you to stay alive even longer regarding field upgrades. Due to the increased regeneration, you have a source to extend your life in addition to the Quick Fix perk and, if necessary, the Stims. But if you don’t have any problems surviving, then the Ammo Box could be your savior to eliminate as many enemies as possible. Because of the scarce ammunition reserves, a shooting series often ends with empty magazines.

The Best Secondary Weapon for the Minibak in MW2

Actually, with the above loadout, you should only have to resort to a secondary weapon in the rarest of cases. However, if the case does occur, we have two different options that you can choose to perhaps survive even longer in sticky situations.
Unlike in Warzone or DMZ, you’ll rarely fight at multiple ranges in multiplayer, and the Kastov 762 packs enough damage at both long and short ranges.

The Desert Eagle offers a good bonus, especially in long-range combat. With her, you have a lot of penetration and damage and an enormously good accuracy. You should also build on these facts through the selected essays. We cannot yet provide an exact build for the Desert Eagle at this point, but we advise you to trim the barrel for effective range and install a bigger magazine. Regarding the trigger, you should select the variant that lets you shoot faster.

The X13 Automatic is a fully automatic Glock. Here’s another full-auto weapon that can come to your rescue if your clip runs out in the middle of a fight. With this option, you should rely on a large magazine and low recoil. Effective range or hip fire accuracy can also make your life easier.

How do you Unlock the Kastov 762 in Modern Warfare 2?

Since the Kastov 762 is the first weapon on the Kastovian-Platform, you don’t need to use any other weapon to unlock it. All you have to do is reach level 23 and start immediately. However, if you want access to all the weapon’s attachments, you’ll also need to max out the RPK or Minibak, for example. So get ready to level up some weapons for the above loadout.