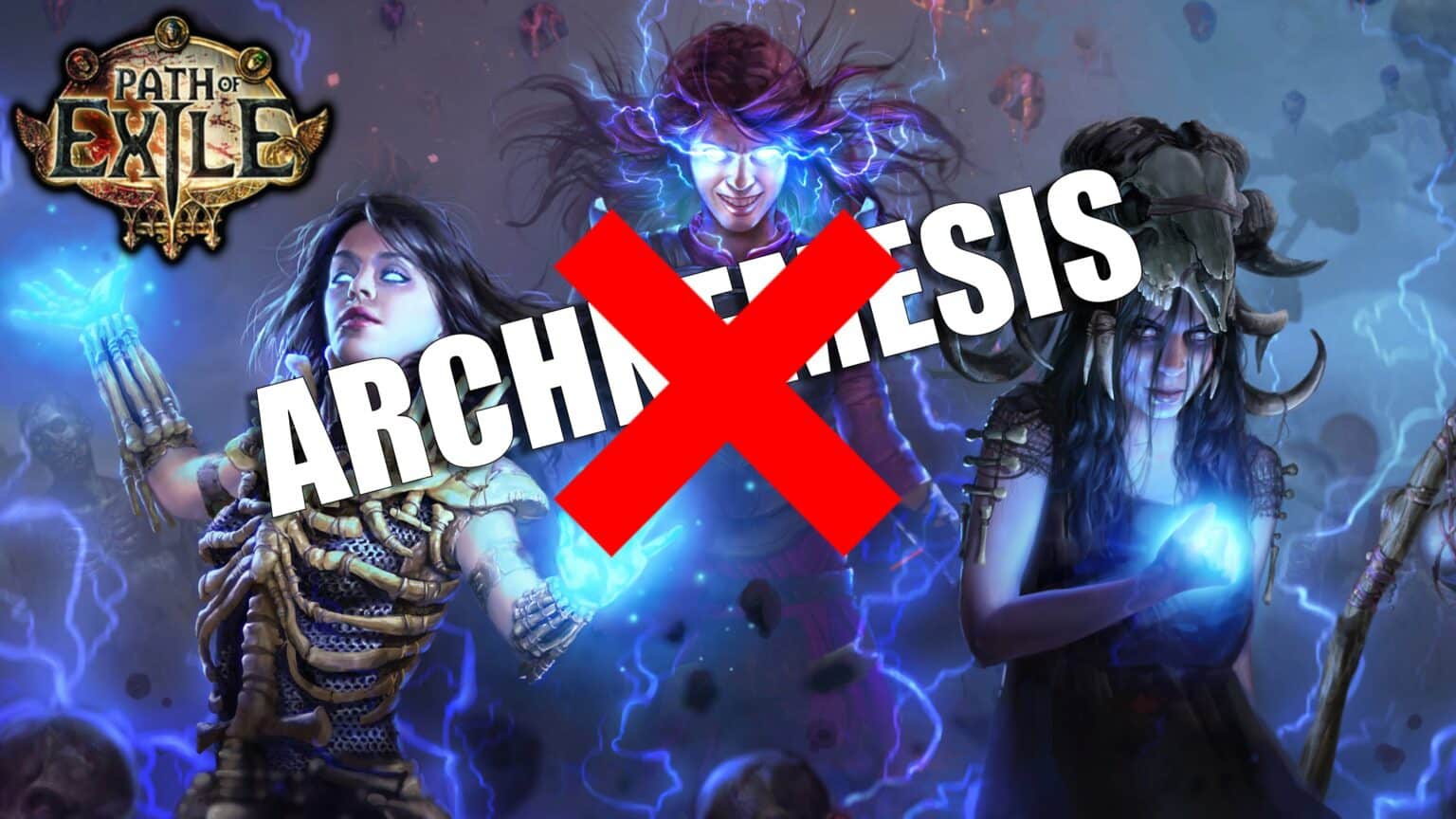 Path of Exile: Archnemesis removed in 3.20

Grinding Gear Games has decided to make major adjustments regarding the Archnemesis modifiers in Path of Exile. GGG has announced roughly what these adjustments look like in the latest Balance Manifesto.

What happened: The infamous Archnemesis mods, which caused high displeasure and sometimes even extreme anger in the community during the last few leagues, are finally history as of the upcoming new expansion 3.20.

Archnemesis is to be replaced by a new system. The modifiers of monsters are supposed to work similar again as in the leagues before Archnemesis. So what exactly has GGG published in its new manifesto on balance changes? We’ll tell you!

What was the problem with Archnemesis in Path of Exile?

With the new manifesto, Grinding Gear Games reacts to the enormous criticism from the community about the last League. Just about all known streamers, who themselves don’t skip a single league, gave vent to their anger about Archnemesis.

But what exactly was the issue with Archnemesis in Path of Exile? Mainly, it was that a player never knew what to expect in battle with an Archnemesis monster. The monster had one or more Archnemesis modifiers, depending on its strength. This mod was indicated to the player by a single word under the monster, such as “Magma Barrier.”

However, these mods sometimes hid multiple (and sometimes ridiculously powerful) effects. So the player had no idea what exactly the monster could do and how strong it was. This effect was increased to absurd heights by bundling several Archnemesis mods on a single monster at the same time, some of which even influenced each other. This caused players to regularly die from a single hit.

Tip from our author: “Look at how to properly skill your Atlas passive tree now for the upcoming league!”

These are the Archnemesis changes in Path of Exile 3.20

In the upcoming Path of Exile 3.20 League, the aforementioned Archnemesis modifiers will no longer exist. In the new system, monster modifiers are to have only one effect. The modifiers should also be named in such a way that they are relatively self-explanatory and you as a player know what the monster can do. As an example, GGG mentions the previous Archnemesis mod “Archer”, behind which five different effects were hidden, but which were nowhere obvious.

In Path of Exile 3.20, a monster will instead have the modifiers “Additional Critical Hits” or “Increased Accuracy”, which will only have this one effect. This is supposed to simplify battles with these monsters overall. However, GGG still promises monster encounters that should provide interesting and challenging battles.

For the upcoming league, GGG has announced, or already released, a total of four balance manifestos regarding the following content:

There will also eventually be a fifth manifesto if needed. In any case, the changes to Archnemesis are a big step towards the community and give hope that the upcoming Path of Exile 3.20 expansion will bring more fun again – both for beginners and hardcore fans.