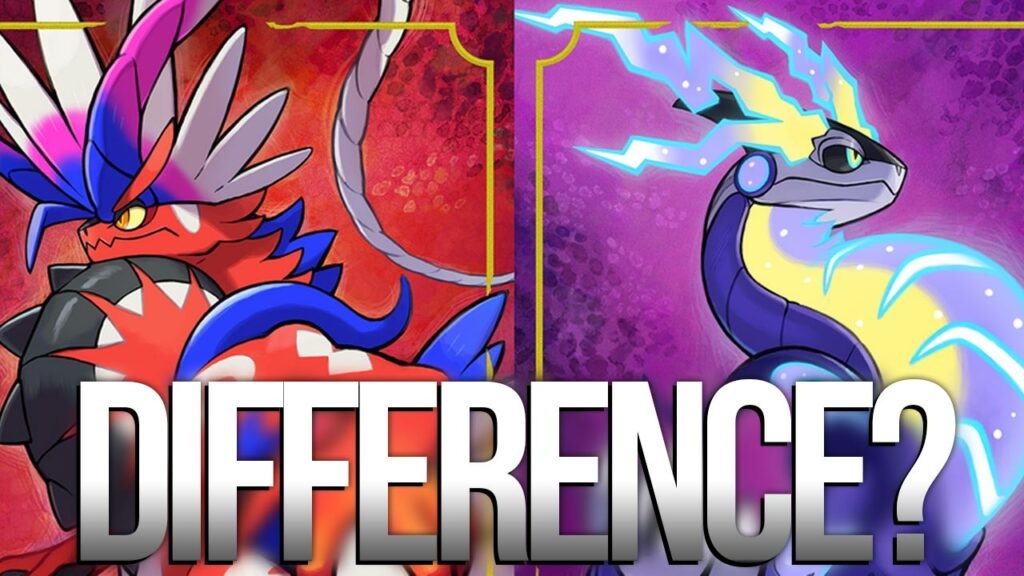 Pokémon Scarlet and Violet will be released on November 18, but it’s hard to choose an edition if you don’t know the differences between them.

Pokémon Scarlet and Violet hardly differ from each other, and you have to look for the version differences with a magnifying glass. This is even more noticeable this year. But for enthusiasts, small changes aside from the legendary pocket monsters are also relevant:

All the differences between Scarlet and Violet:

Difference #1: The exclusive Pokémon in Scarlet and Violet

With each release of new Pokémon editions, there are certain Pokémon that are exclusive to one of the two versions. These include not only the legendary Pokémon, which clearly adorn the packaging.

How did previous Pokémon editions differ?

In Pokémon: Legends Arceus, there is only one edition. In the previous edition, Shining Pearl and Brilliant Diamond, there were significantly more differences. The remake of Pokémon Pearl & Diamond had 37 unique Pokémon each that you could only get in one of the two versions.

In the run-up, not all differences were known for these two editions, either. It wasn’t until shortly before the release of the then-new games that the developers shared the full list of exclusive content.

Actually, there is only one academy in the new Pokémon editions. They are still in the same location, whether Scarlet or Violet. Nevertheless, as explained above, they have two professors, bear a different crest, and are equipped somewhat differently inside:

You can see the motif of your academy from Pokémon Scarlet & Violet on your clothes. The logos here are each on the left sleeve of your school uniform. They further differ in their color and pattern. While you wear an orange uniform in Pokémon Scarlet, you dress in a purple uniform in Violet.

Are these already all the version differences of Pokémon Scarlet & Violet?

We can’t be sure yet if this is really all. More exclusive Pokémon could be unveiled in the coming days. Also, likely are additional outfits that remain unique depending on the version of the edition.

As soon as we know about more differences between Pokémon Scarlet & Violet , we will update this article immediately. To make sure you don’t miss it, save this post to your bookmarks.