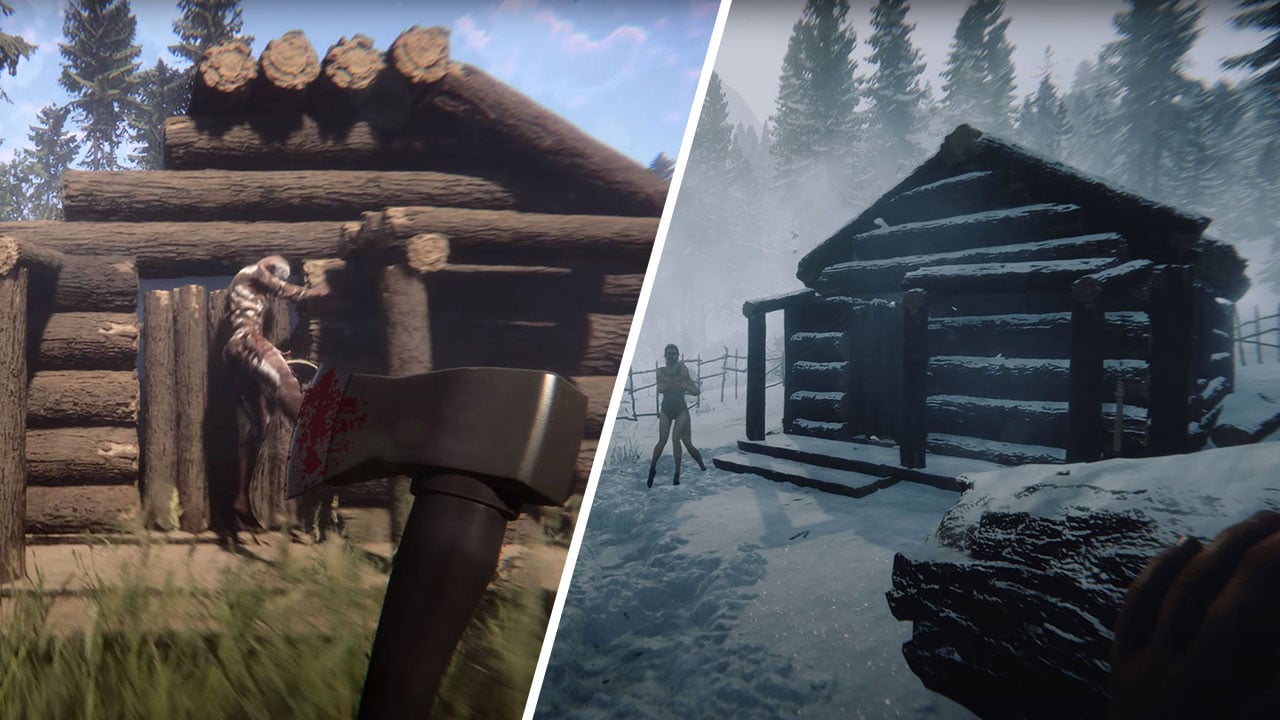 Sons of the Forest: 5 Exciting Features You Need to Know About

The news magazine IGN sat down with the developers of Sons of the Forest and talked about the 5 most exciting new features that await you in the survival horror. We summarize!

Here’s what’s going on: The hotly anticipated sequel to the survival hit The Forest will be released at the end of February, and more and more information about the game is surfacing. So now, the news magazine IGN sat down with the developers Endnight Games to talk about Sons of the Forest. Especially 5 points are really exciting.

5 Things You Need to Know About Sons of the Forest

The interview between the developers and IGN is available as a video on YouTube, highlighting 5 things you should know about Sons of the Forest. Complex AI systems, dynamic building, companions, and much more await you in the survival sequel.

You can play Sons of the Forest with up to 7 friends, similar to the first part. However, while single players were utterly alone in the predecessor, in Sons of the Forest, there are NPC companions to help you. But don’t worry, these helpful companions are also available in multiplayer.

This is Kelvin: Kelvin is one of your colleagues who survived the crash with you on the island. He is deaf due to the accident and doesn’t speak, but you can still give him instructions via a notepad. However, these instructions are limited to simple tasks such as collecting wood or defending the base. You can also take him with you on your adventures, so you’ll never roam the creepy forest alone.

However, Kelvin isn’t the only NPC you can recruit for your purposes. In the game, you’ll meet other characters, for example, the three-legged Virginia, whom you already know from the first trailers. The NPC companions behave like regular players within their tasks and are not overpowered. They can also die or stop working if you don’t treat them well.

Seasons in Sons of the Forest

Another feature that distinguishes Sons of the Forest from the first part is the seasons. During your gameplay, the weather and the season can change. And this has a substantial impact on the gameplay. While in summer, you’ll have high temperatures and find a lot of food, in winter, it’s much colder, everything is covered with snow, and you’ll find fewer berries on the otherwise lush bushes.

In winter, you will also find fewer animals to hunt, and various water sources freeze. Nevertheless, the cold season also offers advantages. In winter, the cannibals don’t run far from their camps, so you are a bit safer.

But you don’t have to be afraid that winter will suddenly arrive and surprise you. The duration of the seasons can be adjusted in the game, and the transition will be visible. So in autumn, you can expect the leaves to fall from the trees.

The Building System is Completely Revised, Offers a Lot of Room for Creativity

In contrast to the first part, in Sons of the Forest, you will probably no longer use blueprints to build buildings, walls, or watchtowers. You’ll no longer see “ghost molds” to which you click to attach the necessary materials. Instead, you’ll build in the dynamic building system with the materials you have on hand. 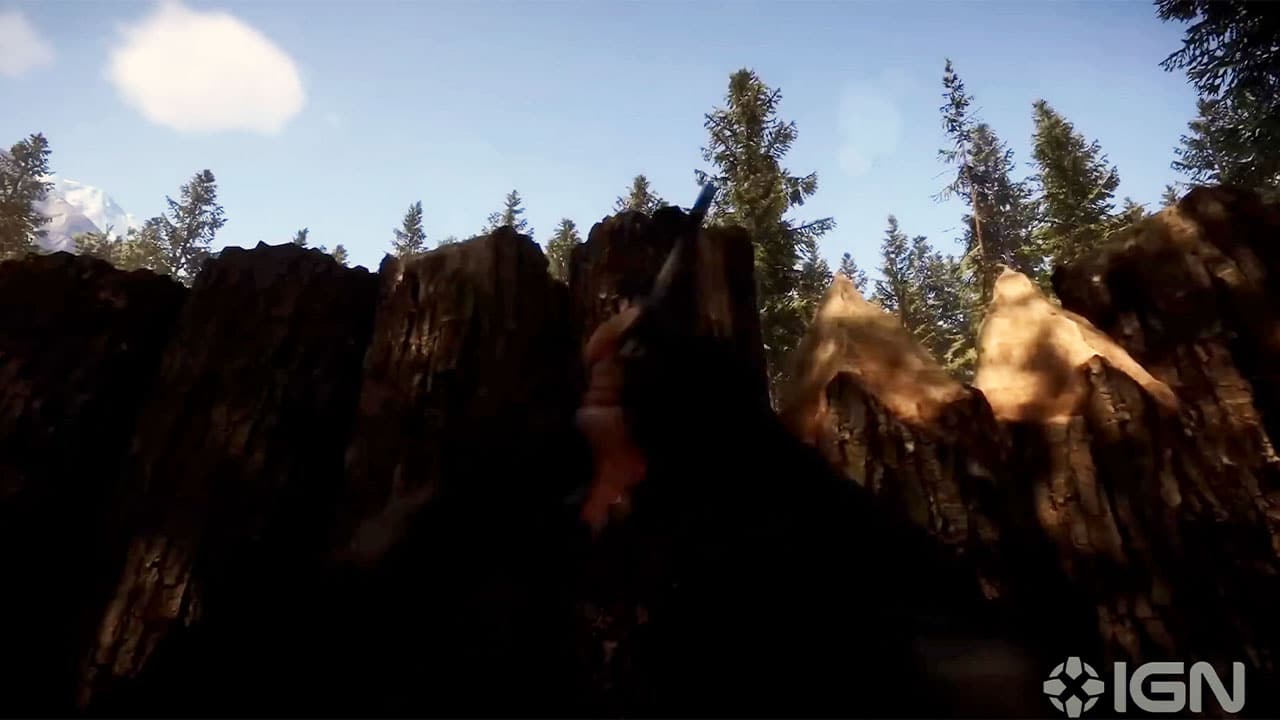 The developers themselves don’t know what kind of buildings are possible. Players are left to their creativity and can basically build whatever they want as long as the game physics allows it.

While The Forest, with its overworld and the many caves, invited all survival players to explore, the successor wants to be better. The map will not only be 4 times bigger but also offer more variety.

The developers have ensured that there are not the same trees everywhere or that everything feels the same. So you can find dense woods or sometimes free clearings. On the map, you’ll also find various water sources that dynamically fit into the map and represent natural gathering points for various animals. You can also use rivers to let tree trunks float downstream. 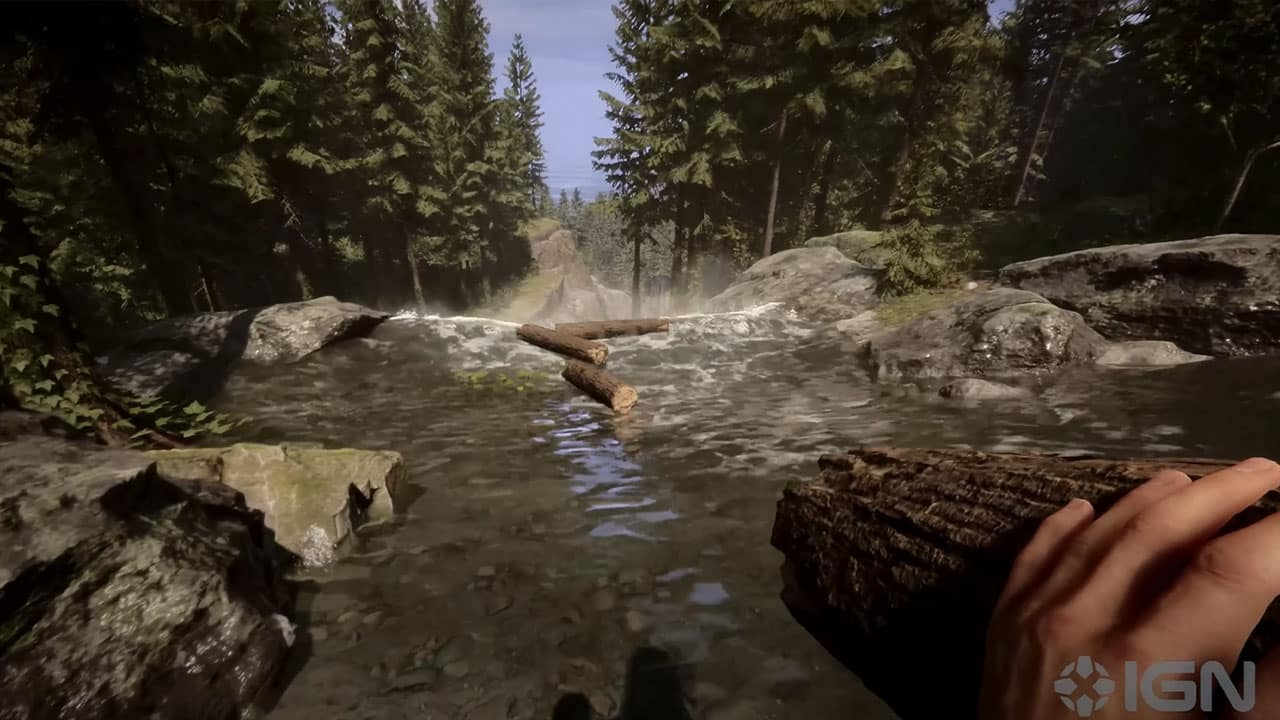 The developers emphasize that they have created significantly more assets to create as much variety as possible. For example, in Sons of the Forest there are 5 times more tree species or plants than in the predecessor and more than 65 times as many objects in the game world. It’s supposed to feel like you’re standing in a real forest.

The AI in The Forest has always been impressive. For example, cannibals watched you first before attacking, and you even had the option to make peace with them if you didn’t act hostile. As with the other points mentioned, Sons of the Forest puts the crown on it.

Every creature is equipped with its own AI. No animal, cannibal, or monster reacts the same. They can feel sadness, anger, and fear. For example, if the cannibals see you finish off one of their comrades, some will run away scared and may stumble. Others with higher morals will become angry and charge at you. They can be religious and act out their religion to different intensities; some are leaders, and others follow their orders.

Some scripts can be triggered, but everything happens organically in most cases. Thus, every encounter and also every play-through is a different experience.

Sons of the Forest will also put different enemy types in your path. There will also be different factions among the cannibals that will fight each other. The typical mutants, now called Muddies, will also attack cannibals. The cave dwellers, called Creepies, are another subspecies of cannibals and don’t like the overworld residents very much. So if you kill too many cannibals on the surface, the creepies will dare to go outside more. 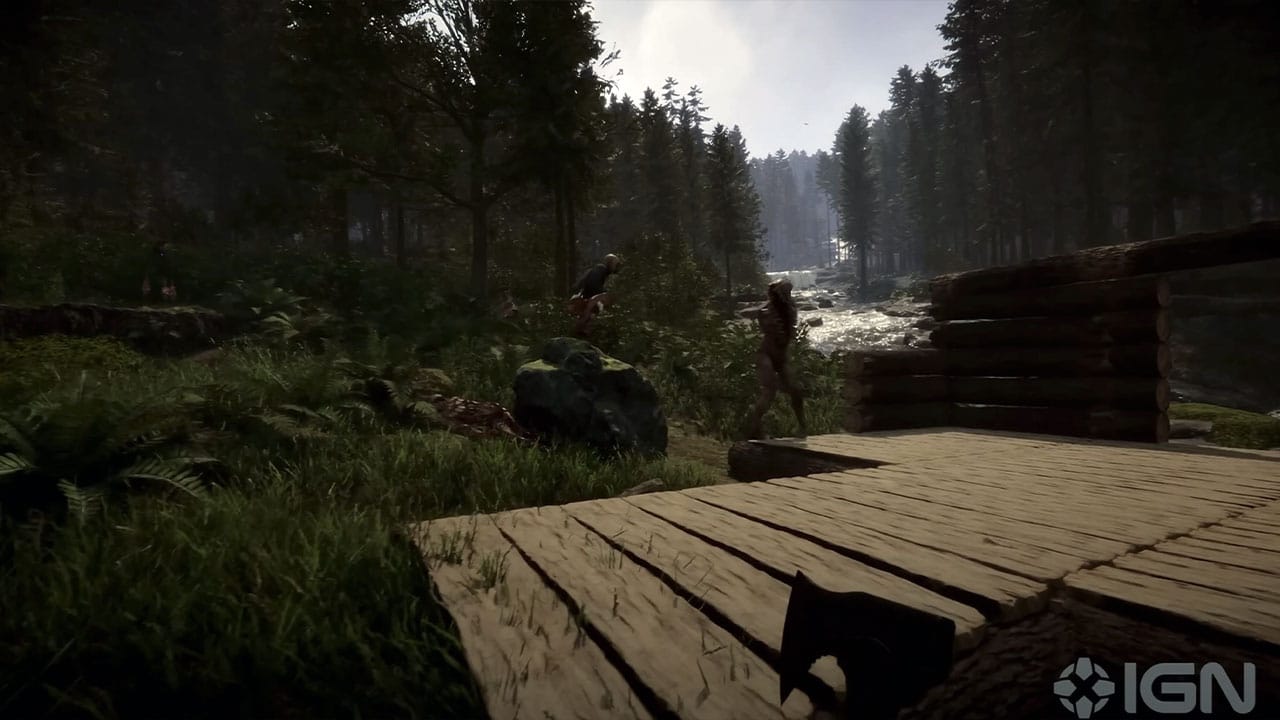 If you are too aggressive yourself, your opponents will develop other strategies to fight you more effectively. They can wear armor and try to make your life difficult by hunting you down in small, effective groups.

You want to join our community and discuss Sons of the Forest? Then join our Discord server or visit us on Facebook, we are looking forward to you!