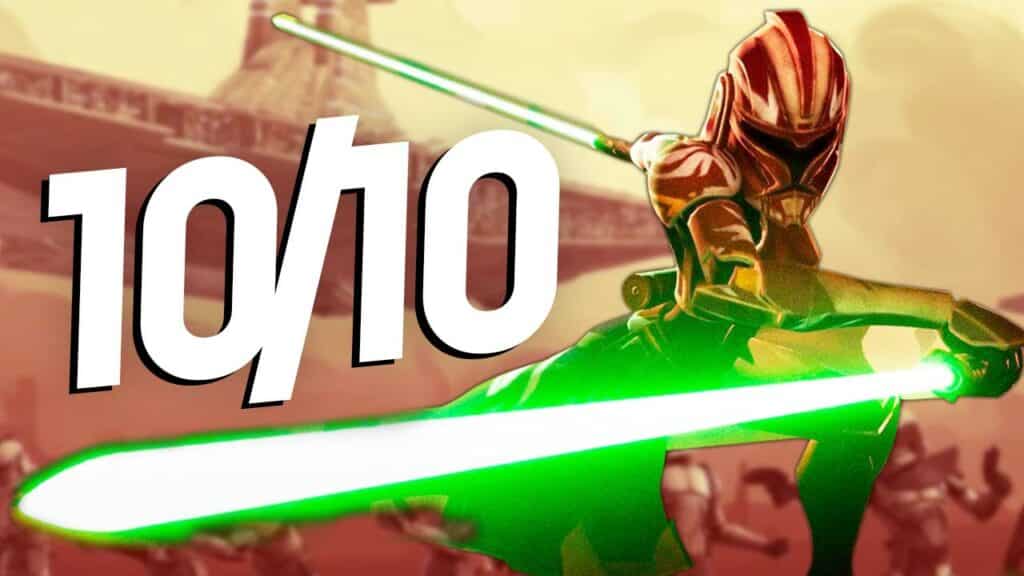 The best Star Wars Game of the Year is a Fan Project & is called “Redemption”.

There haven’t been any excellent Star Wars games yet this year, at least not from professional developer studios. But when big game titles are not available, the fans help themselves. This is exactly what happened in the case of Star Wars Redemption, which we would now like to introduce to you.

What is Star Wars Redemption? This title is a fan project that two programmers developed within a year, based on Unreal Engine 4. The action game is set in the late Clone Wars era, shortly after Order 66.

You take on the role of the Jedi Mevenn, who can levitate up to two lightsabers through the air at the same time using her Force abilities. Mevenn poses as a clone trooper to infiltrate the Empire’s forces.

The game itself consists of action-heavy gameplay paired with space passages and a lot of Star Wars feeling. There are currently five playable levels. These include a training room where you can try out and learn the Jedi attacks. In addition to the training room, you can explore various planets in the game, including Geonosis and the new world Lumberia, which was created by the developers themselves.

Visually, the fan project is based on the animated series Clone Wars, which gives the whole game a cool cartoon look. The lighting effects and details in the game’s demo are definitely worth seeing. If you want to get a comprehensive impression of this fan project, take a look at the video by Youtuber EcksToo:

How can I play the demo? If you want, you can download a demo of Star Wars Redemption for free from the developers’ Arstation website. The game is only available in this form so far and not as a full release version. According to the developers, there will probably be no such release.

However, even though the current version of Star Wars Redemption is only a demo, which lacks some of the components of a finished game, new content is added from time to time. Etienne Beschet, the main person behind the project, provides updates every now and then in irregular intervals, which he explains in his blog posts. If you are interested in the title and the development work behind it, you should definitely not miss his entries.