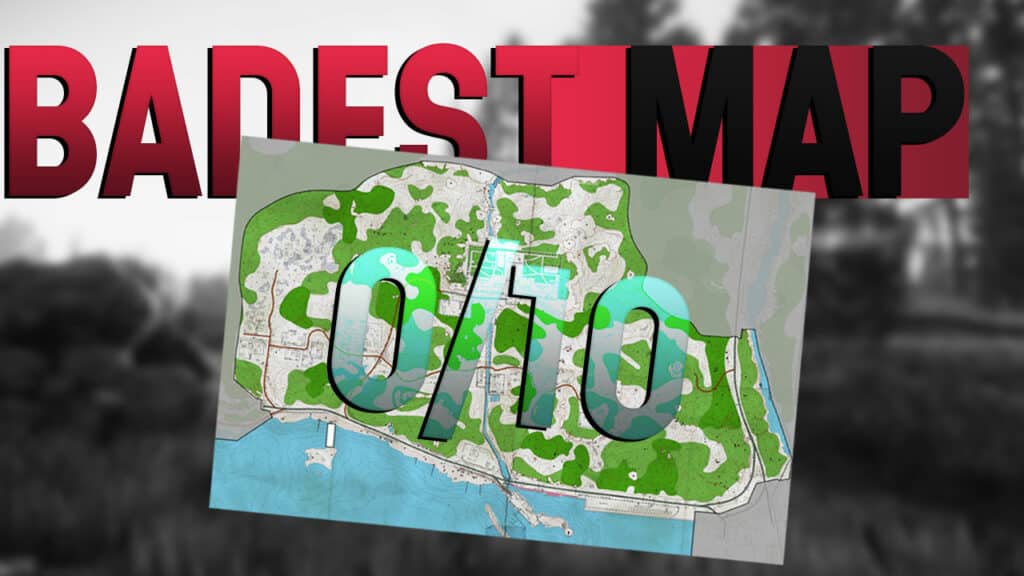 Tarkov Community Says: This is the Worst Map – But Gives Help to Survive

The Escape From Tarkov community is sure: Shoreline is the worst map in the game! But why is this opinion so popular?

What happened? On Reddit, more precisely in the Tarkov subreddit, the players are currently talking about which map is the worst in the survival shooter. A user posts: “Shoreline is the worst. Change My Mind” and the community agrees. But why is Shoreline so unpopular among the community?

There are currently 7 maps in Escape From Tarkov. Shoreline is said to be worse than anyone else; and that despite the actually cool structure:

Biggest map, bad loot: On Shoreline, the OP meets campers and rats more often than on all other maps, he says. He rarely succeeds in extracting a lot of loot from the raid. The reason for this are also the few extraction points. There are only 3 of them per raid, of which two like to stay locked. This opens up completely new possibilities for exit campers.

The resort in the middle of the map is also a huge problem: Shoreline may be the largest Tarkov map, but the loot is very poorly distributed. As mentioned above, the resort has most of the loot on the map. That attracts a lot of players – actually all of them.

You have to stop by: The Tarkov community also complains that the south of Shoreline has way too many choke points. These are points at which the map narrows and there is only one or a few accesses to a certain area.

In addition, the spawn in the east is a passage through hell that is reminiscent of D-Day. Players who spawn here have little or no cover on the way to the resort or the coast. An open field that invites opponents to camp. So you are also successful on Shoreline

Some Reddit users give tips on how to still have fun on Shoreline. Success is never guaranteed, you have to get involved in learning more about the map and its players.

The safest route: In order to extract successfully from Shoreline, you should stick to the electricity pylons. At least until they hit the Killing Fields and then straight west from here.

Now it’s your turn! Do you have any tips and tricks for what appears to be the worst Tarkov Map Shoreline? Share your experience with us in the comments or on our Facebook and Twitter page.