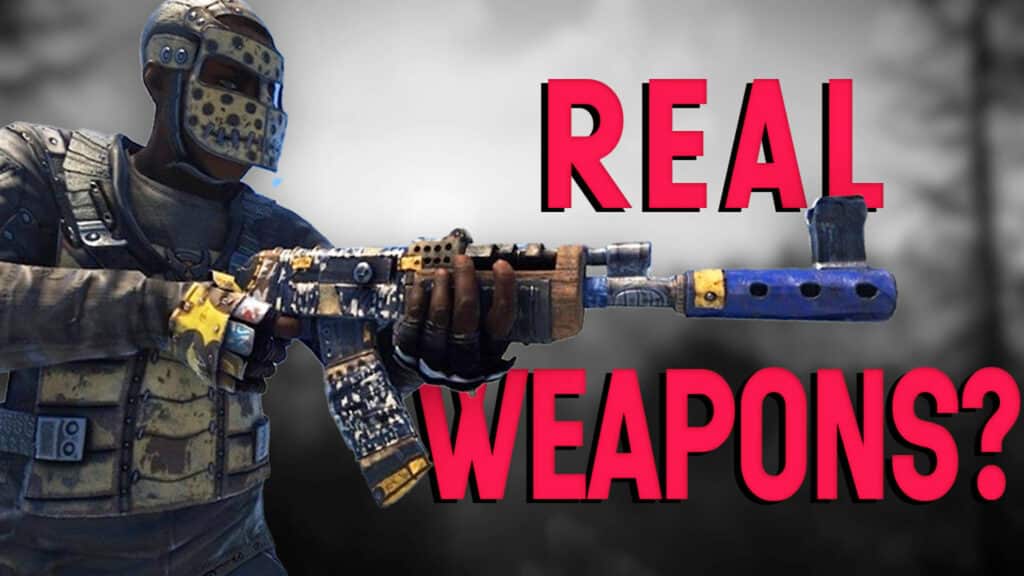 The Guns From Rust Are More Realistic Than You Think

Rust offers a colorful arsenal of curious weapons, each looking more unrealistic than the other. But the developers of the survival shooter didn’t just come up with the shooting club themselves. Because some of them really exist, as a weapons expert shows on YouTube.

What’s the matter? The weapons from Rust include various pistols and rifles, which one can hardly imagine that they would work in reality. But Jonathan Ferguson, weapons expert, and curator of the Royal Armories Museum in Leeds, England, comments on some of these weapons. His video shows which weapons from Rust really exist.

Weapons from Rust: From self-made wooden pistols and shovel AKs

What does Ferguson show in his video? The weapons expert has picked out specific weapons from Rust and explains the degree of realism of the respective pistols and rifles. Among other things, he goes into whether the guns already exist and to what extent the Rust version would be suitable for killing or hitting.

The Eoka pistol is the beginning: In Rust, this pistol is made entirely of wood. The player fires them by hitting the barrel with a stone (several times) to create a spark. Ferguson shows the real equivalent of the weapon in the video, although the barrel consists of a cartridge case. His conclusion on the Eoka: This weapon would probably not work in reality.

The infamous Shovel AK also has a real model, whereas other weapons work at least ballistically comprehensible. Some real guns are also featured in the video, with the expert looking at how realistically the developers have implemented them in the game. Are there also unrealistic weapons in Rust? As Ferguson shows in his analysis, the developers have also taken a few unrealistic freedoms. For example, a shotgun made of water pipes would not work. It lacks the buckle on the barrel that holds the cartridge chamber in place when it is fired. In addition, it has no opening through which the fired cartridges can escape.

But we want to know from you: What is your favorite gun from Rust? And did you discover your favorite in the video? Write us in the comments!