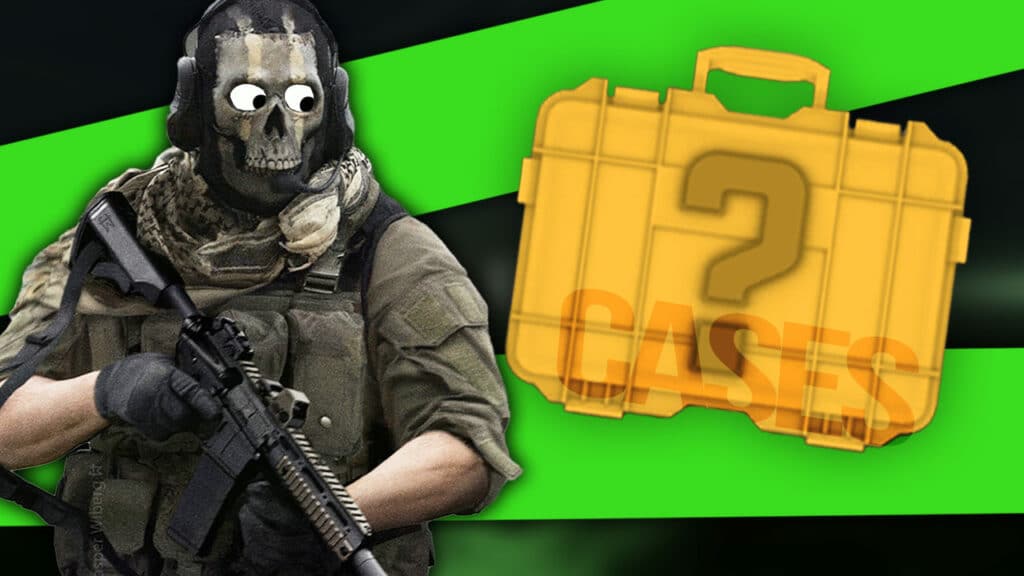 In Warzone 2’s DMZ mode, you need to find seven weapon cases that will unlock seven different cosmetic items, including an operator. In this guide, we’ll tell you where and how to find all seven weapon cases in DMZ, give you simple tactics for defeating the bosses & show you what rewards await you.

The guide at a glance: Warzone 2 is out with DMZ and rushes you straight into the hunt for 7 weapon cases to find on Al Mazrah. Once you’ve extracted a case, hefty rewards await you. What to look out for, what rewards are available and where to find the cases in DMZ — now.

Where are the weapon cases in DMZ & What do you have to pay attention to?

How many cases are there per match? In Warzone 2’s DMZ mode, there are a total of seven weapon case to search for. However, there is only one case per round, which the entire lobby will go after. So you and your team will need to be quick and well-prepared if you want to steal the case from the heavily armored Juggernaut.

Where are the weapon cases located? At the beginning of a raid in DMZ, you can see the location of the weapon case on the map (M key). The marker is a big yellow circle with a case in the middle. This case symbol marks the exact location and not just an approximate position. In each round, it is randomly decided where the case is located. However, DMZ has only three possible locations to choose from here:

But don’t jump straight to the next round just yet! Before you grab the first car and drive to the weapons case, you have to prepare yourself first. Otherwise, the juggernaut carrying the weapon cases will quickly spray you with his minigun. Also, you may be preceded by another team that has not taken the time to prepare. They may have already grabbed the cases by then, but don’t worry: teams in DMZ that have captured the weapon cases will be clearly marked for all players to see. So you can make great use of your preparation!

In our article on beginner tips for DMZ, we advised you to play the first rounds without weapons. The reason for this was the stupidity of the bots, because you can often just knock them out and steal their weapon. However, if you go in search of one of the seven weapon chests in DMZ, you will need to carry good weapons with you. The best loadouts for Warzone 2 & DMZ can be found here: Warzone 2: All the Best Loadouts at a Glance

To complete your preparation now, however, you’ll need armor, medicine, and explosives — especially explosives. By flogging items collected in the round, such as watches, tools, or documents at buy stations, you get money. You then use this money to buy the following equipment:

In this section, we’ll tell you how to use each of the three locations to your advantage in the fight against the Juggernaut and his henchmen. The locations also vary in difficulty. If we believe the pros, the Observatory is the easiest place to fight the Juggernaut. On the other hand, Hydroelectric’s farming of weapon cases in DMZ is pure hell. Youtuber DKDynamite even goes so far as to say that he has quit every round where the weapon cases spawned on in Hydroelectric.

Best Strategy to fight the Juggernaut at Al Sharim

As with all other locations, the same applies here: Let the Juggernaut come to you, don’t seek him out! Al Sharim is a small mountain village with various houses with staircases. Make the juggernaut aware of you and use the bottlenecks at the stairs. Mine them with explosives and entrench yourself on the upper floor.

If the juggernaut comes marching into the building, give him hell together with your team! Throw all the grenades, explosives and slowing tacticals you have at him. Now fire from all guns and before he reaches the upper floor, you’ll have finished him off. Now quickly collect the weapon box and take it to the nearest Exfil point.

Best Strategy to fight the Juggernaut at Hydroelectric

Let’s trade this location of the weapon cases in DMZ for a moment: try again later…. But seriously, do you want to take the risk of being turned into a sieve by the countless AI soldiers, then please:
Don’t fight the Juggernaut at his starting location, that’s suicide. Trigger him again and find a nearby rooftop with your team. Around Hydroelectric there are open areas. So you can target the juggernaut from a distance.

Best Strategy to fight the Juggernaut at the Observatory

On Obsvervatorium you approach the Juggernaut differently than in the previous locations. Here, in the middle of his territory, there is an area near the helipad that is packed with containers. You and your teammates can easily take advantage of this little maze. The AI doesn’t cope well with multiple pieces of information (i.e. hits, sounds and positions of players).

The observatory is the easiest location to farm weapon cases in Warzone 2’s DMZ not only for this reason. In many cases, there is an Exfil point right nearby (less than 200 meters), which you can use to disappear right after successfully fighting the Juggernaut.

What are the rewards for all 7 weapon cases in DMZ?

For each weapon case that you successfully extract from a raid, you will get a reward. These are not just cosmetic items. You get an operator, weapon blueprints and some more. The order always remains the same:

All the rewards of the weapon boxes in DMZ:

The Chemist skin for König is the outfit of the eponymous chemist. You have to kill the chemist in the radioactive zone to unlock the M13b for Modern Warfare 2.

Did our guide help you, or are there any questions left unanswered? Write a comment or ask the author of the article personally via Discord (Or join Social Media!). We at Guided.news are also happy to help you outside our articles!