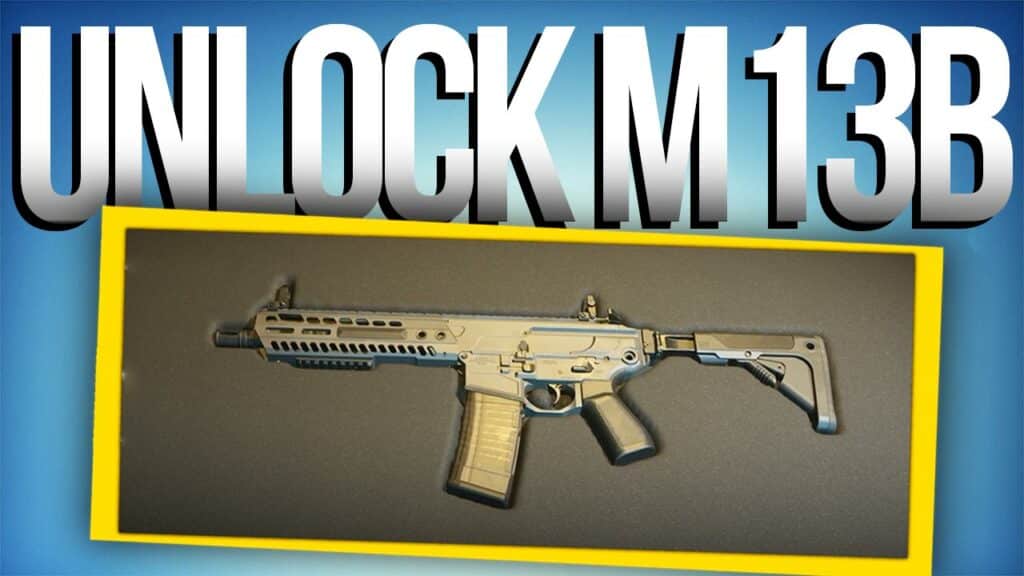 Warzone 2 and DMZ have started, and you can unlock weapons for Modern Warfare 2 multiplayer like the M13b. In this guide, we will show you how to kill the chemist in the radioactive zone and unlock the M13b.

Here’s what it’s all about: With the start of Season 1 in Modern Warfare 2 & Warzone 2 as well as DMZ, the developers have given us 3 new weapons that need to be unlocked first. For example, the new M13b assault rifle can be unlocked by taking out a chemist hiding in DMZ mode.

Where is the chemist in DMZ? Location & Tactics for the Boss

The chemist is always located right in the radioactive zone at the start of a DMZ raid.The “Boss” Chemist in Warzone 2’s DMZ mode is always in the same location. To start a raid in DMZ, open your map directly and look for the radioactive zone here. You can recognize this zone by the yellow circle with a pink symbol in it. Be careful, in our beginner guide on DMZ, we explained what the zone can do!

In short: You should take a gas mask with you into the raid, because with it, you won’t get any damage in the radioactive zone of Al Mazrah for some time. How to easily fight the chemist? The chemist, like all NPCs in DMZ and Modern Warfare 2, is not very smart. However, he can take quite a bit of damage and hits quite well – only his reaction is slow. It’s exactly this “sleepiness” that you exploit: Run over the chemist in DMZ! Or finish him off with a sniper rifle from a distance.

Now you just have to grab the mission item, his weapon, and get to the Exfil point to leave the raid alive. Already, you can unlock the M13b for Modern Warfare 2. That was too much?

Does the chemist respawn in DMZ? No, the chemist is only on the map at the beginning of a round. If a group of players has killed him, you will unfortunately have to start a new round.

If you managed to turn in the chemist’s weapon, you will receive the M13b for Modern Warfare 2 and Warzone 2 multiplayer as a reward, plus some XP and cash for DMZ.

Can you clear Chemist alone? Of course, it is possible to finish the DMZ boss Chemist solo. YouTuber Moidawg shows you how to succeed even without your friends:

If this guide helped you, feel free to follow us on social media (via linktr.ee) and never miss a guide to DMZ again. In the coming hours we will also create a complete overview of all quests in DMZ, stay tuned!