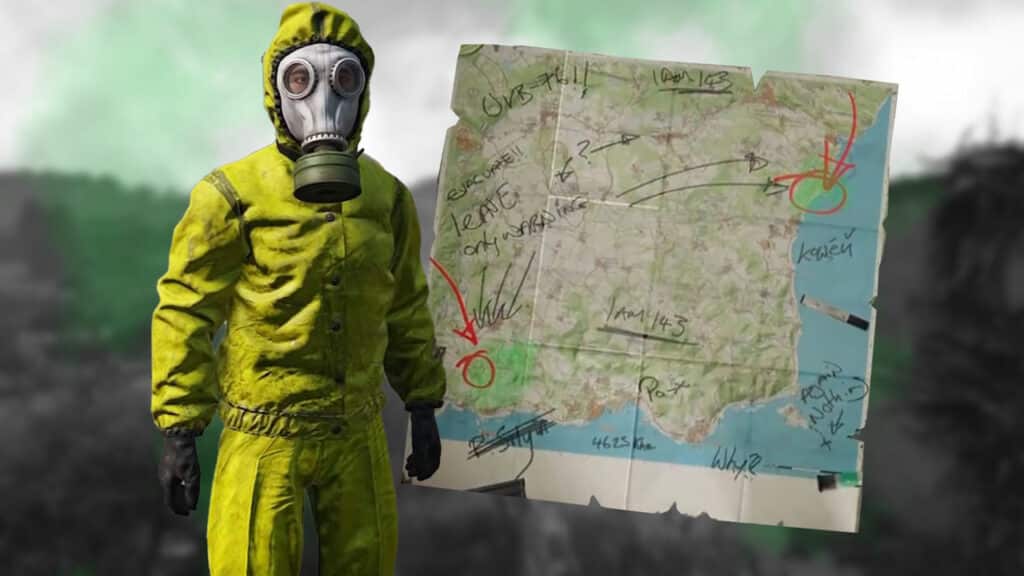 All Locations of The Toxic Zones in DayZ – Chernarus and Livonia

Always be careful you never know where a Toxic Zone will appear in DayZ. Oh, wait, we do know! We have maps that show you all the locations of the contaminated zones on Chernarus and Livonia!

What is a Toxic Zone? Finally, the DayZ Update 1.14 brings an incredible amount of new stuff and is available on the live servers now. However, you have to take great care because airstrikes transform some regions in Chernarus and Livonia into contaminated zones with poisonous gas.

In order to enter these zones you need good preparation and the right equipment. Without protective measures, this happens:

All the locations where toxic zones occur in DayZ

How spawns work: The toxic zones only appear on the two official maps Chernarus and Livonia. On both maps, however, there are only two zones: Some that are static and therefore present at all times and some are dynamic. They spawn randomly on the map.

Three to six of the dynamic toxic zones always appear at the same time. For around 30 minutes, they then poison the region they hit. Most of them are military camps like Tisy but also cities and villages: It stays the same

Even after the release of DayZ Update 1.14 the changes stay roughly the same. Nothing got changed really. If you want to read more about the newest addition to the DayZ universe, you can find the patch notes here: DayZ Update 1.14 Now on Live: Brings Contaminated Zones – All New Content and Patch Notes