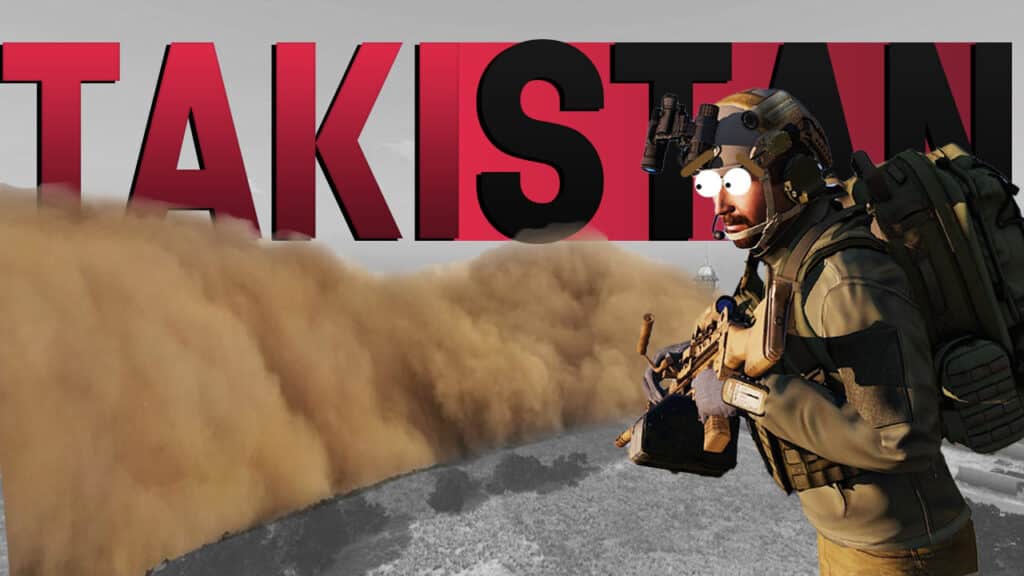 DayZ Takistan, the (nightmarish) dream of many game veterans, is coming soon for the DayZ Standalone and has some cool features like sandstorms in its luggage.

Finally, some news: There has been no update for the upcoming DayZ Takistan Map for a long time. But now the developer publishes a tweet that shows a previously unplanned feature!

What is DayZ Takistan & what is special?

Short Form: DayZ Takistan is a desert map based on the Middle East. Originally, it comes from Arma 2: Operation Arrowhead. Since every player needed this addon to play the DayZ Mod, Takistan quickly became one of DayZ’s core maps.

There wasn’t much to see here at the time of mod, but a resourceful modder would like to improve it and ship it to the DayZ standalone. You can read how this has worked so far and what awaits you in this article, which goes into more detail about the map and the project.

This is special: After DayZ Namalsk has trumped-up with a new temperature system and snowstorms, the team behind Takistan takes an example. There should also be storms on the desert map. Then, of course, not as a snowstorm, but as a sand storm.

The temperature should make life hell for players here, too, literally — temperature-wise. Water reserves and thin clothing are probably the biggest concerns here. So if you want to go on holiday to hot Takistan after icy Namalsk, you should be prepared!

When is Takistan coming? Now! You can play the first version of DayZ Takistan right now, at least when you are playing on pc. If you want to try this map you only need to download the DZSA Launcher and then look for a map that look for a fitting server.