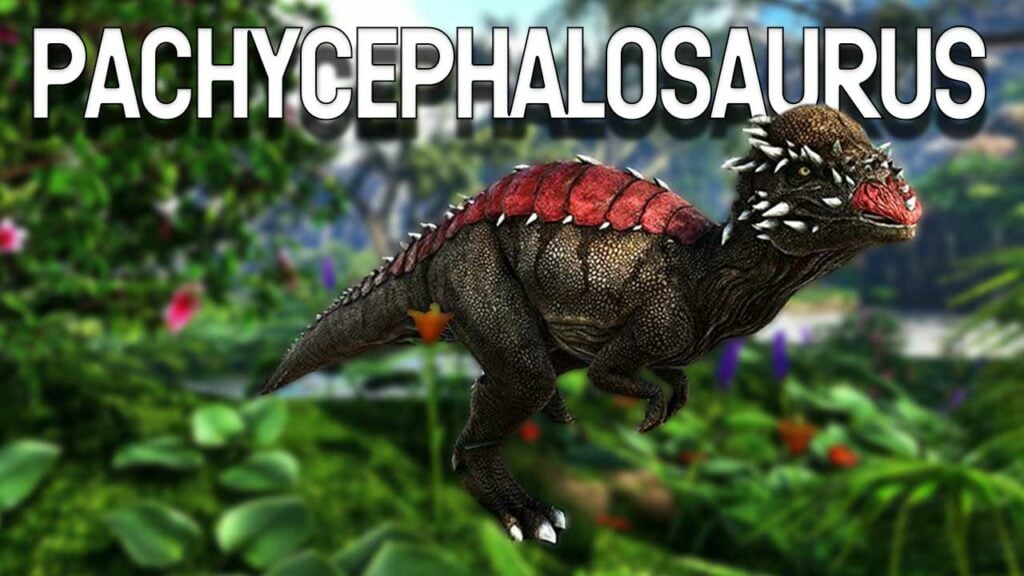 ARK: Survival Evolved: Pachycephalosaurus – How to Tame, Feed and Breed!

Towards the end of the second part of the Jurassic World series, you get to see the Pachycephalosaurus from ARK: Survival Evolved smashing through a wall with his head. That’s exactly what his special attack is, should you have tamed him.

In our guide to the Pachycephalosaurus, also known as “Pachy”, you will find out everything you need to know about the herbivore. But also how to catch him, tame him, feed him and breed offspring too.

Fun fact: The Pachycephalosaurus is also available as a Pokémon. There he is called Koknodon and evolves into Rameidon.

This is the Pachycephalosaurus in ARK: Survival Evolved

Appearance: The bipedal Pachycephalosaurus is one of the smaller dinosaurs in ARK. It has small arms, though not as small as the T-Rex’s and not as useless as the Carnotaurus’s, as the Pachy can grasp with its hands as well. Its neck is massive, and on its head is a thick, bony dome. Like most herbivores, the Pachycephalosaurus has a beak with small teeth.

Wild: Like most of its herbivore counterparts, the Pachy is a peaceful dino that minds its own concerns. However, that can change very quickly if you attack him. Because if he is attacked, his short fuse will show, he will then sprint at a high speed and will attack you head first. A hit hurts, I promise.

Tamed: Since you can already ride him from level 14, the little Pachy offers itself at the beginning of the game as the first combat mount. How to tame Pachycephalosaurus in ARK

How to hunt the Pachycephalosaurus: quite unspectacular, like with the Triceratops, you take a crossbow or your bow and simply run away from it. With a well-improved movement speed, this is a breeze. Otherwise, you’ll have to resort to a faster mount. In between, you turn around and shoot him. Try to aim for the body, as it takes less damage to its head. Make sure you keep enough distance, so he doesn’t headbutt you.

You can make it easier for yourself if you stand on a cliff or on a large stone/rock and shoot at it from there. The Pachycephalosaurus can’t get to you like this, and the chance of getting hurt is almost 0.

You can also lock him down with a bola if needed and shoot him with the tranquilizer darts once he’s locked down.

How to tame him: Once he’s unconscious, put kibble, or berries, in his inventory and feed him to tame him. In order to keep the stun value high when taming, it is best to use Narcoberries or the Narcotic. Normally, the Pachy is tamed quickly.

How to make the Pachycephalosaurus saddle

To craft the Pachy Saddle, you need level 14 and 9 engram points to unlock the recipe. You now need the following resources to craft:

How to feed a Pachycephalosaurus in ARK

Once you have tamed your Pachy, it is important to know what it likes to eat. Pachycephalosaurs are herbivores, which of course makes the choice of food easier.

How to breed Pachycephalosaurus in ARK

The breeding interval of a Pachycephalosaurus is 18 to 48 hours. 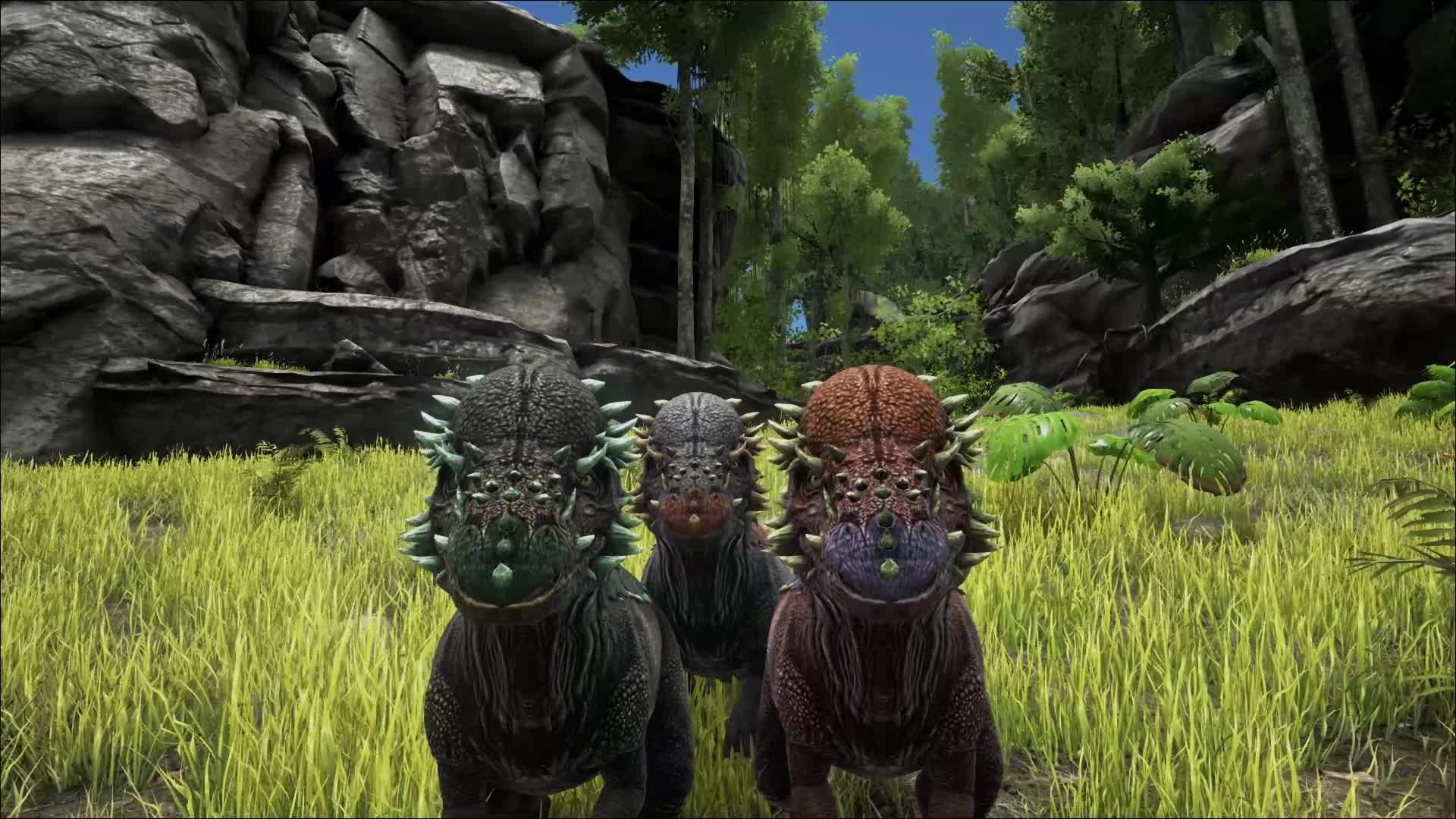 How to Hatch Eggs: Once you have obtained a fertilized Pachy Egg from a successful mating, hatching begins. For this, the ambient temperature of the egg should be between 24 °C and 28 °C and in the egg incubator at 26 °C. According to standard settings, the little Pachy baby hatches after about 1.5 hours. After that, it takes about 2.5 hours of your attention, during which you keep putting food in its inventory. Pay attention to the embossing intervals every 8 hours to tickle the greatest potential out of the baby.

Once it gains juvenile status, it can feed from troughs on its own. The entire ripening time lasts about 1 day and 2.5 hours.